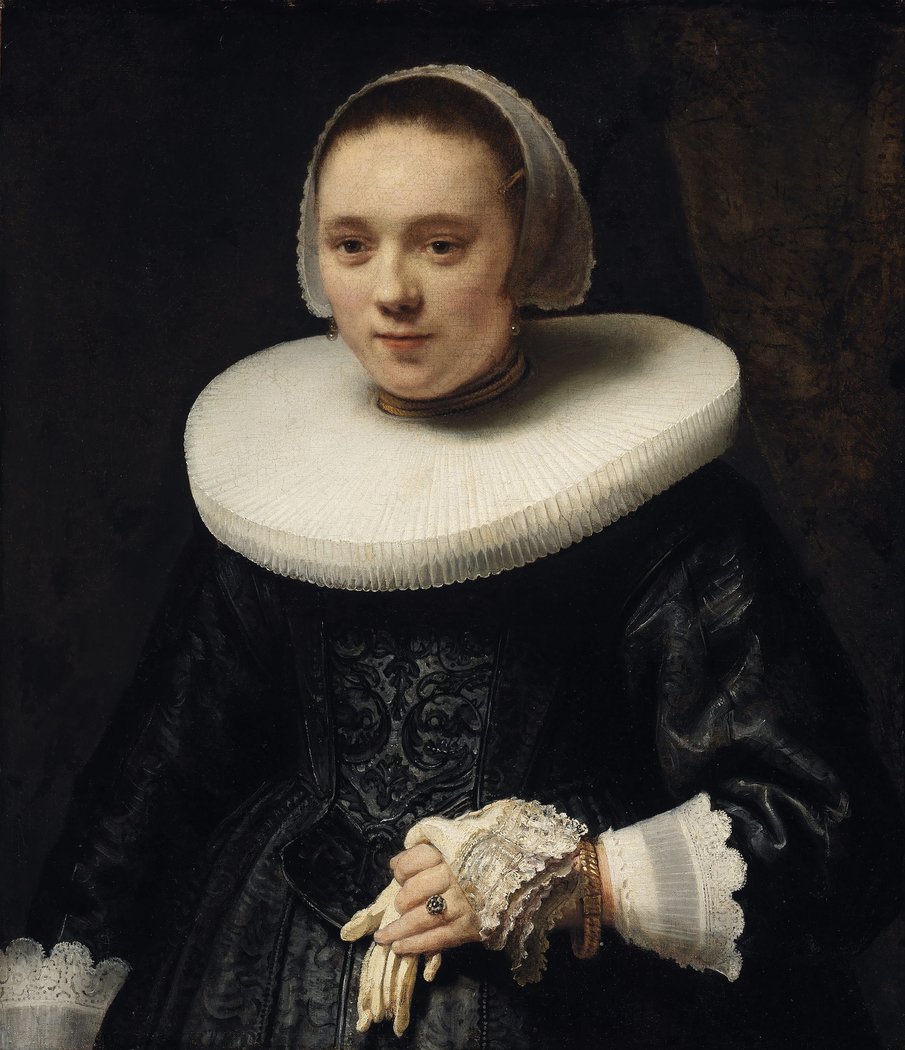 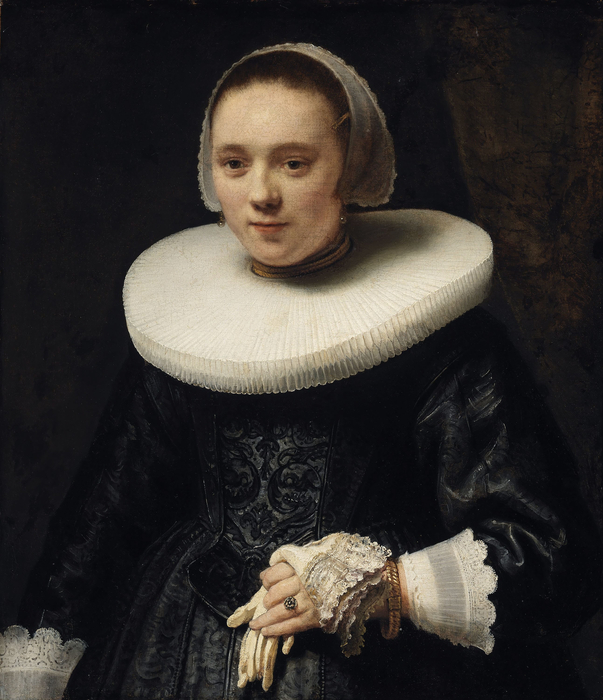 Portrait of a Lady Holding a Glove

1632 - 1633
This painting caused a stir when it was sold at the auction of Prince Demidoff’s collection in Florence in 1880 for one of the highest prices that had hitherto been paid for a Dutch picture. The painting subsequently acquired fame as the ‘Demidoff Rembrandt’. Soon after, however, scholars started questioning its attribution, with some suggesting it may have been painted by Rembrandt’s pupil Ferdinand Bol. In all likelihood the picture is the product of at least three different artists. Rembrandt is likely to have started the painting, completing most of the woman’s face; a second artist from his workshop probably finished the costume, her left hand and the glove; and a third artist, perhaps not even part of Rembrandt’s studio, painted the cuff around the woman’s right hand in the bottom left corner. Based on a comparison with other paintings, Portrait of a Lady Holding a Glove probably dates from the early 1630s, when Rembrandt lived in Amsterdam and worked for the art dealer Hendrick van Uylenburgh, who secured numerous portrait commissions for him. [Source: National Gallery of Ireland]