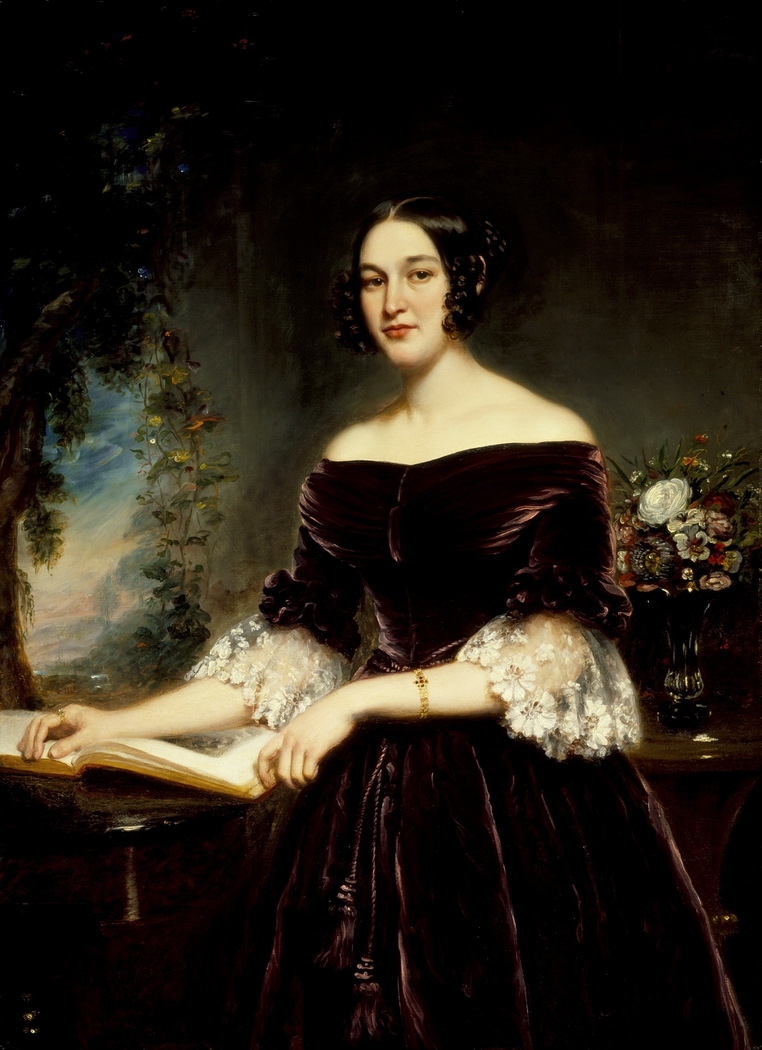 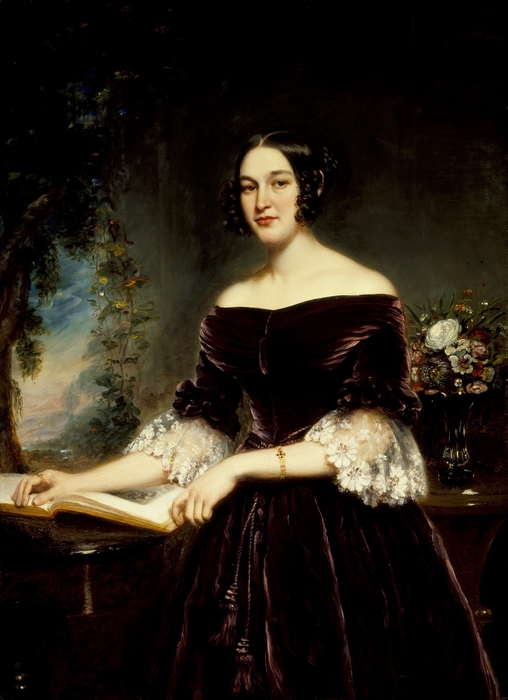 1839
Notes from the Curator:
Because no portraits survive that can be attributed beyond doubt to William Jewett, whereas numerous, accomplished portraits by Waldo are known, it has been thought that Jewett’s contributions to their joint efforts were limited to the drapery, accessories, and background. However, Jewett’s portrait style may have so resembled that of Waldo, his teacher, that they may have been able to work on the likeness together without the slight difference in their personal styles being apparent in the result. Tuckerman wrote that it was "a puzzle to the uninitiated to assign to either painter his share of a portrait," and so it remains (Tuckerman 1867, p. 67). If Jewett’s principal work was in the drapery and backgrounds, the portrait of Mrs. Sackett, being considerably larger than the firm’s usual size of portrait, provided exceptional scope for his abilities. There is considerable space around the figure, who stands in a velvet dress with full lace sleeves, enough space for a table or bracket with a vase of flowers behind her, a table with a large book of engravings atop it in front of her, as well as the distant landscape vista and the vine that softens the transition between the spaces and climbs into the room itself The imagery is that of an elegant interior somehow joined, through the flowers and landscape, with the natural realm, characterizing Mrs. Sackett in terms of the feminine ideal of the romantic period. The conspicuously free handling in the accessories blends imperceptibly with the firmer, but still softened likeness. It is the "speaking likeness" for which Waldo, and Waldo and Jewett, were known, the impression of an intelligent, friendly personality that looks directly at the viewer in a warm greeting. It is unfortunate that so little is known about this vividly portrayed personality, this Mrs., or Miss, Sackett. Without knowing her first name, it is a formidable task to identify her among the very large Sackett family. Descendants indicate that she married a General Steward. The bracelet she wears in the portrait descended with it in the family. [source]