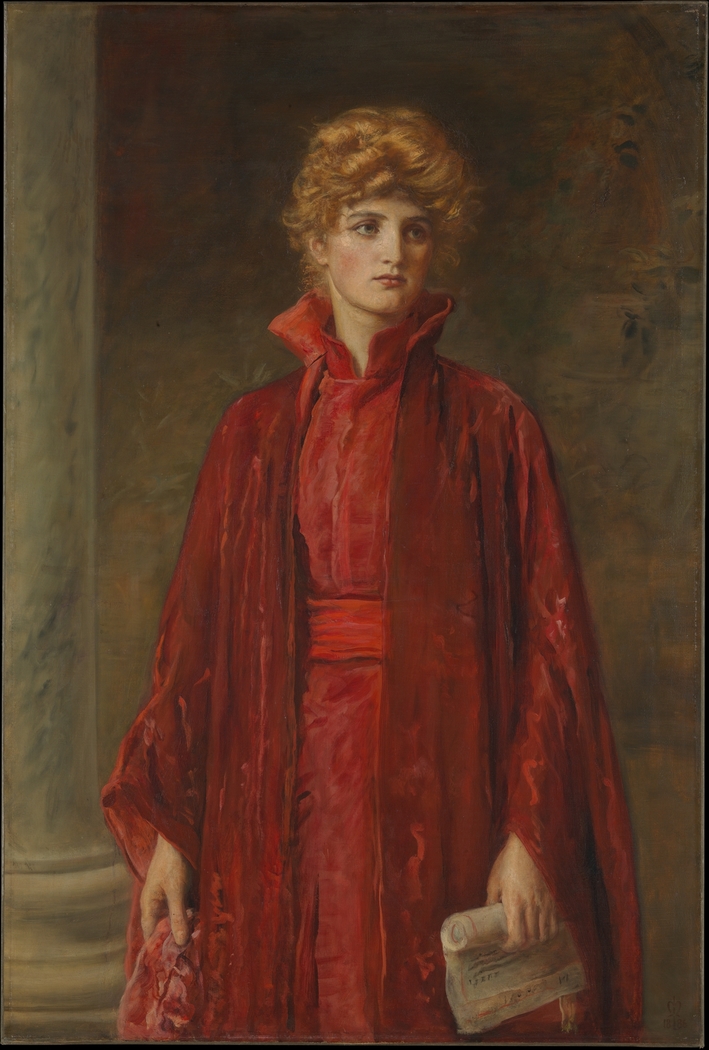 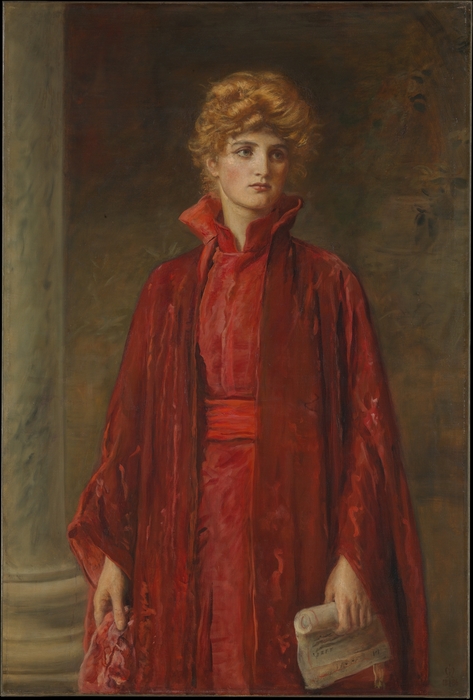 1886
Millais is best known as one of the artists who founded the Pre-Raphaelite Brotherhood in 1848. As a result of what have been called his "concessions to the sweetness of Victorian taste," he was made as associate of the Royal Academy in 1853. By the time he painted Portia, there was hardly a trace of the Pre-Raphaelite style in his work. Instead, he worked in an academic-realist manner and concentrated on the kinds of saccharine subjects that are now synonymous with Victorian painting.

This picture was long incorrectly identified as a portrait of the actress Ellen Terry (1847–1928) in one of her most famous roles, Portia in Shakespeare's The Merchant of Venice. In fact, it shows actress Kate Dolan dressed in the costume that Miss Terry wore in Act IV of the play. When the picture was exhibited at McLean's Gallery, London, in 1886, Shylock's line describing Portia was quoted in the catalogue: "A Daniel come to judgement! Yea, a Daniel!"

X-rays and pentimenti indicate that Portia is painted over a study of the same figure in Greek costume. An early photograph documenting the original image was published in 1899. (Source: The Metropolitan Museum of Art)