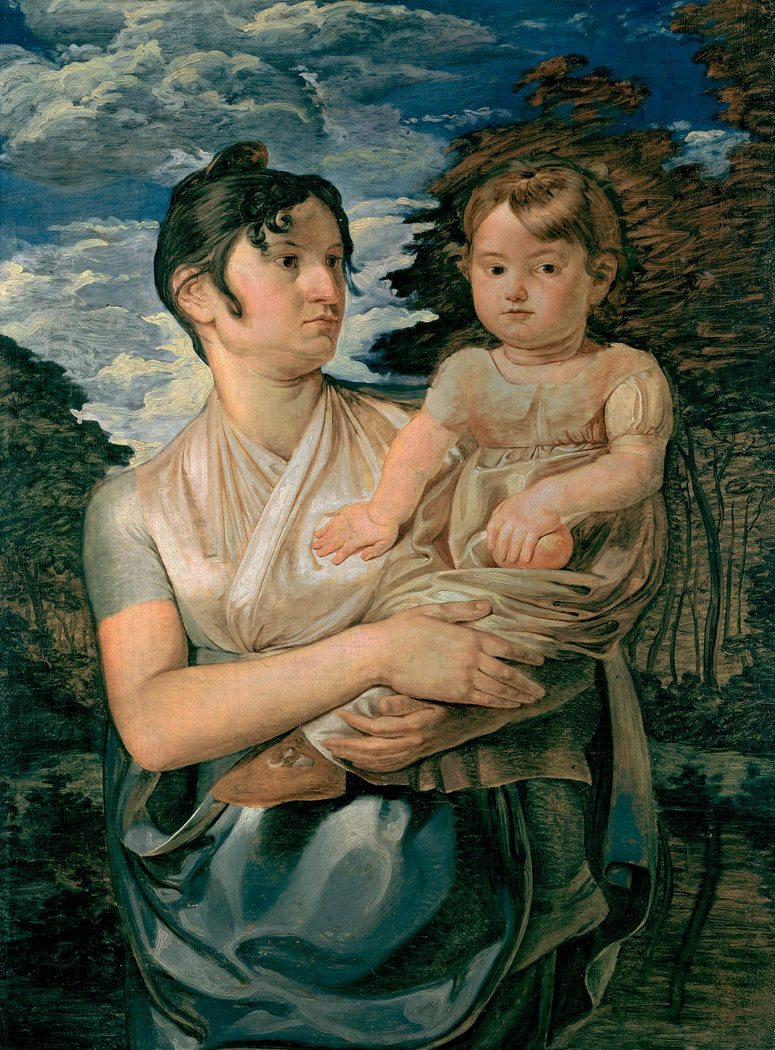 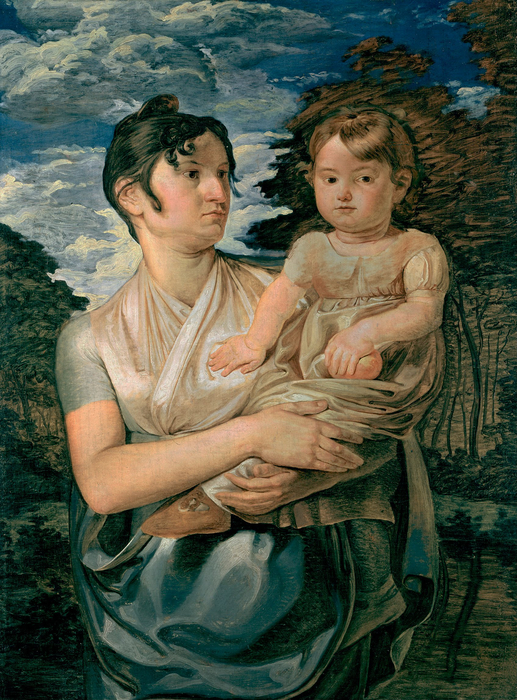 Pauline Runge with her two-year-old-son

Runge painted this portrait in 1807, three years after his marriage to Pauline Bassenge. Both his realistic view of his subjects and his treatment of the landscape demonstrate his search for a new formal language. Pauline, with their two-year-old son, Sigismund, on her arm, is stern and dignified in her aspect. The artist may have been stylistically influenced here by late Gothic sculptures of the Madonna, while the unfinished landscape in the background reflects Runge’s Romantic notions of nature.