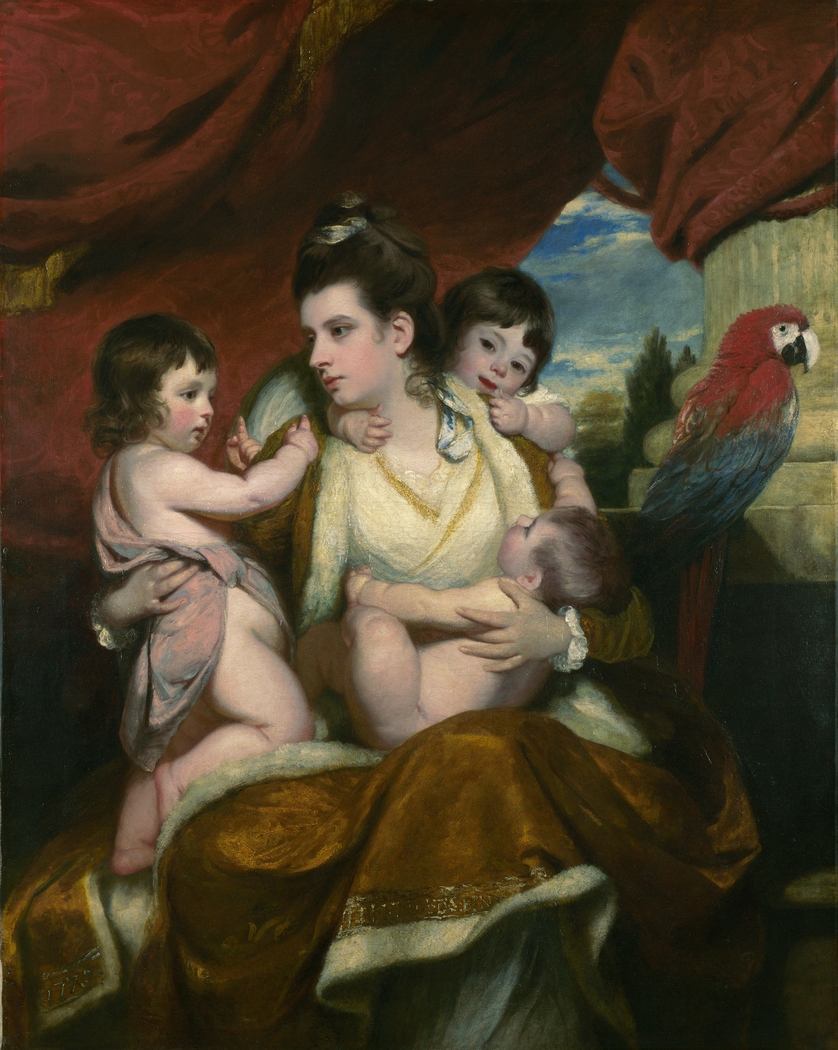 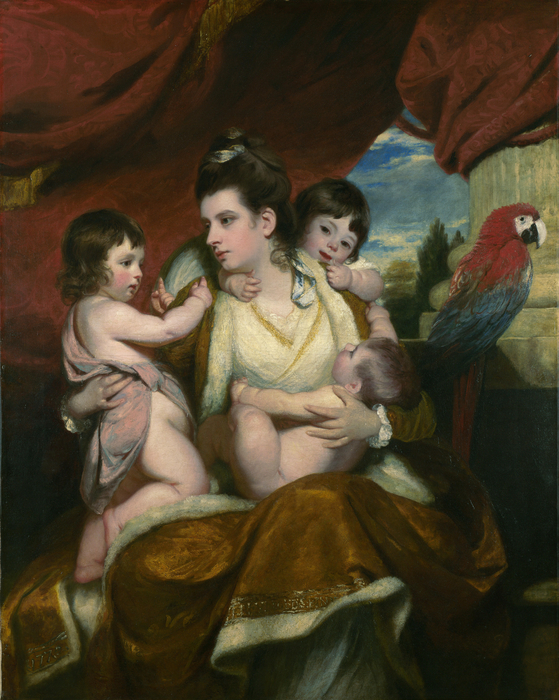 As with many of Reynolds's group portraits the design is based on a composition taken from an historical source. In this case the painting is based on a 17th-century work, 'Charity' by Van Dyck; also in the Collection. It was brought to England from Antwerp in 1763, but Reynolds was probably inspired by an engraving after it. For the older boy he used the cupid from Velázquez's 'Toilet of Venus', also in the Collection, basing himself on a drawing. Reynolds also had several sittings with the children, all of whom were under three. 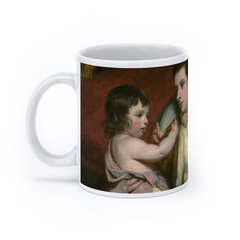