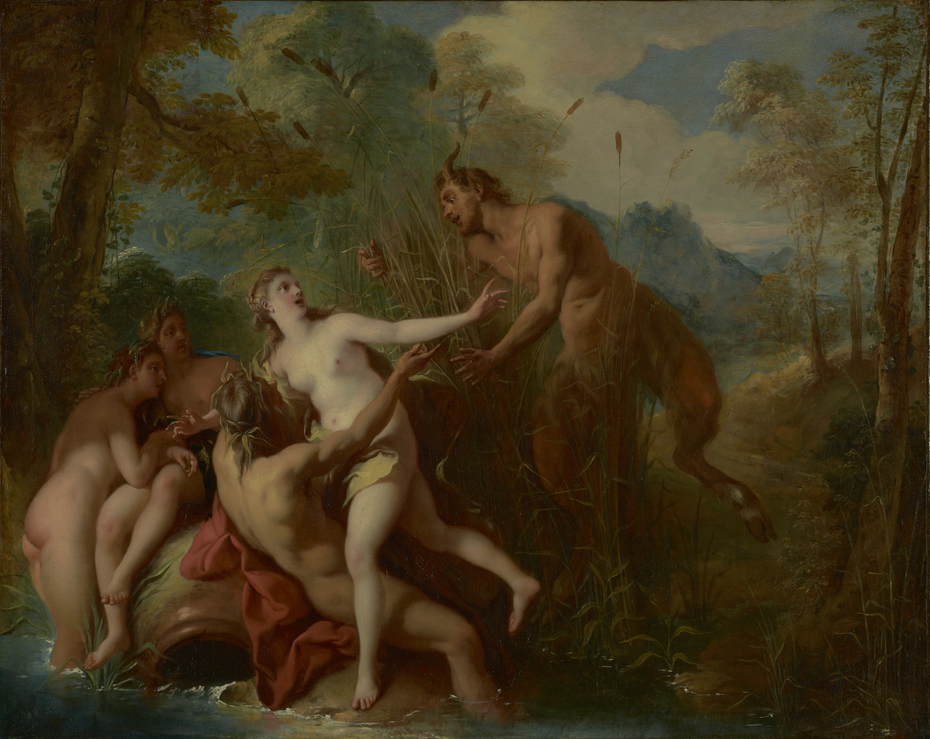 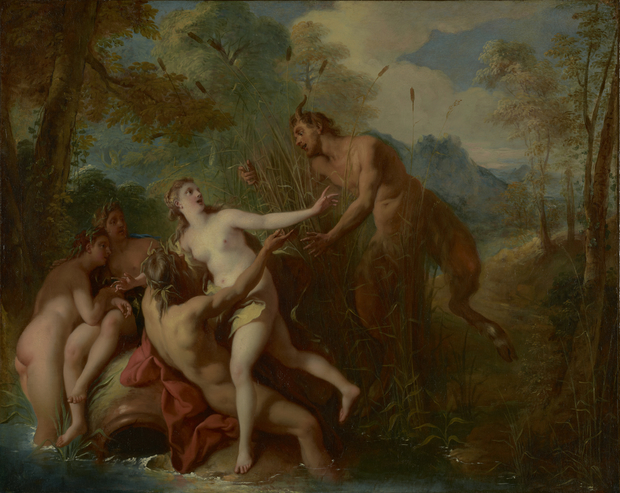 As told by the Roman poet Ovid in the Metamorphoses, the lusty satyr Pan eagerly pursued the wood nymph Syrinx. Guarding her virtue, she ran until she reached a river and desperately begged her sisters of the stream to transform her. Just as Pan was about to embrace her, Syrinx changed into cattail reeds. When Pan discovered that he was holding nothing but marsh reeds, he sighed in disappointment, causing the wind to blow through the reeds. He was enchanted by the sound, believing it to be the mournful cry of his beloved Syrinx; from the reeds he fashioned a set of pipes so that he could have her with him always.

In this pendant to Diana and her Nymphs Bathing, Jean-François de Troy represented the climax of the narrative. Syrinx, who is seen both before and after the transformation, looks fearfully at Pan as she falls into the arms of Ladon, the river god. Half in shadow, the river nymphs watch apprehensively and huddle together protectively. As he grasps the clump of cattails, Pan seems near ecstasy. The women's soft, creamy skin contrasts with Pan's dark, muscular torso and the autumnal foliage in the background.