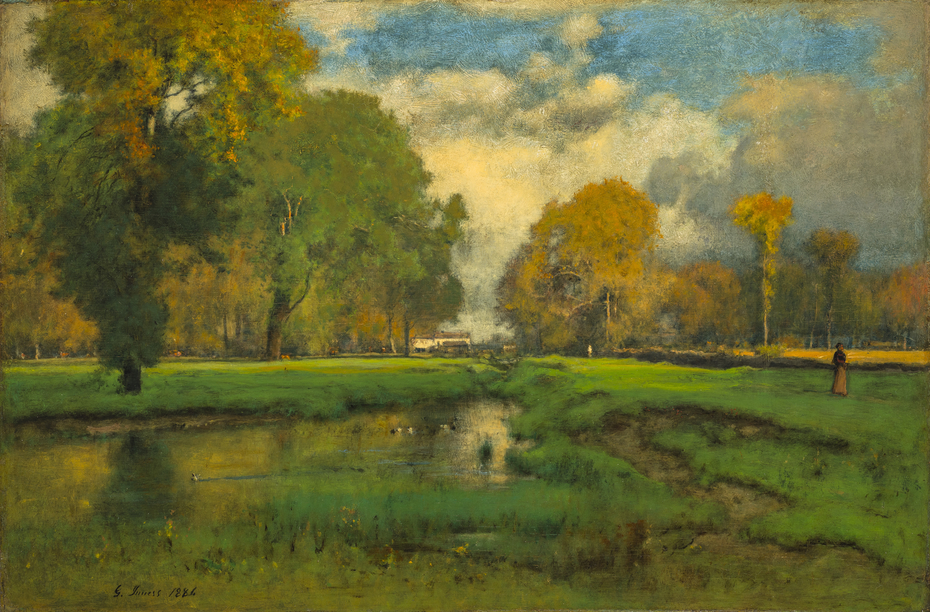 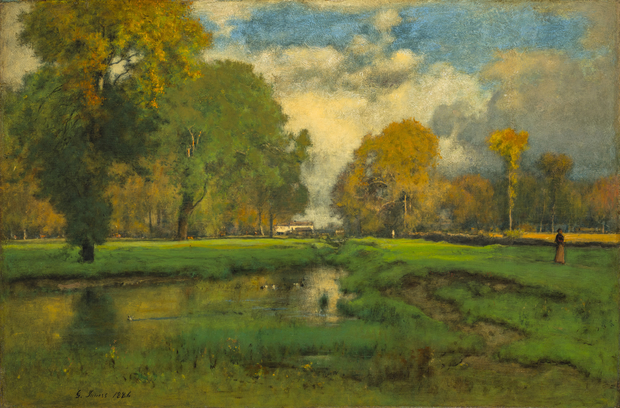 1882
Inness apparently cared very little about the titles of his paintings. It is possible that many were titled by the executors of his estate and organizers of his memorial exhibition and that some of his works were even signed and dated after his death. During the early twentieth century dealers often gave to his paintings what they felt were more poetic titles. When listed in the catalogue of the executor’s sale, this painting was entitled Near My Studio, Milton and dated 1882. Its similarity in technique and motif to paintings of 1882, such as June (Brooklyn Museum), does seem greater than its resemblance to most paintings of 1886. The painting’s most striking feature, its firm structure of horizontal and vertical elements and their careful balance, might on the one hand seem to favor the later dating, since this principle of synthetic composition is strongest in the works of the artist’s final ten years. On the other hand, this concept first seems to emerge as a governing principle in his paintings of 1882. The painting’s very deliberate structure was advanced for 1882 and even 1886 and may be considered among the earliest works organized according to such a conspicuously geometrical scheme. It is cut into equal quadrants by the horizon halfway up the picture surface and the central vertical line of the gap in the trees and its corresponding reflection halfway across the surface. The trees are arranged at measured intervals to add a rhythm to this balance. It is noteworthy, however, that Inness shortened the tall tree on the right, perhaps to avoid the monotony of too close a symmetry.