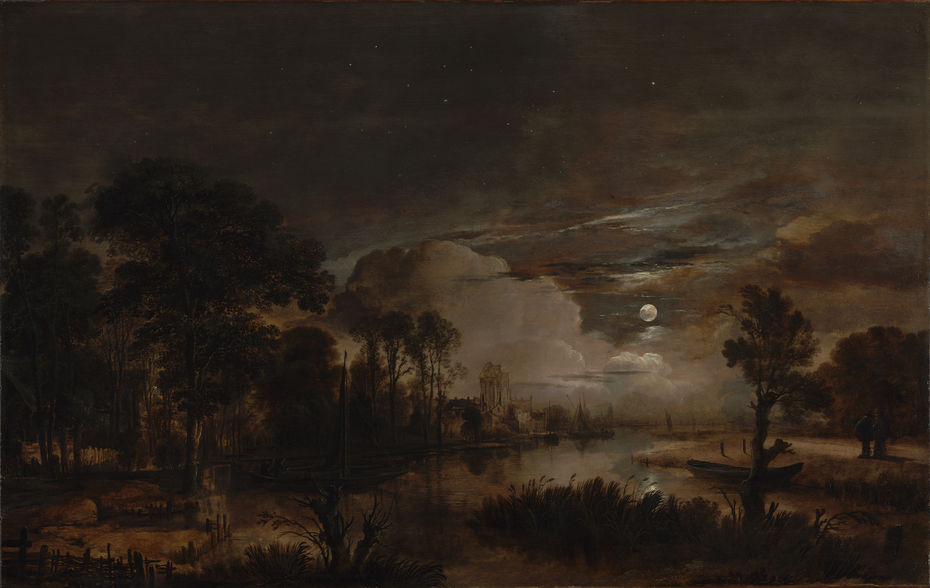 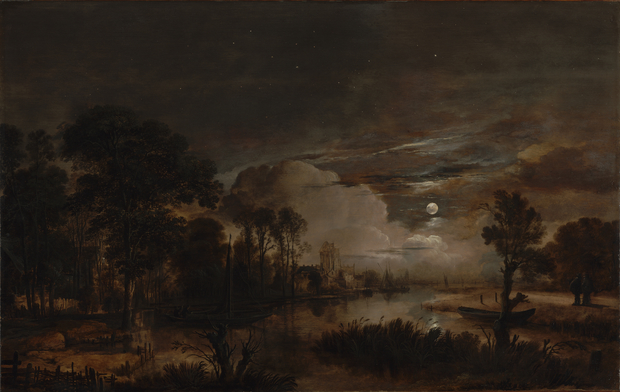 1647
A fiery glow charges the sky in Aert van der Neer's view along the New Amstel River. While most Dutch landscape painters in the 1600s used cloud-filled blue skies to endow their work with a powerful presence, Van der Neer mastered the genre of nocturnal landscapes. In this painting, the moon commands attention. Its light is filtered over the scene, emphasizing the river's watery surface and the outlines of trees and reeds. Two small figures at right are also highlighted by the moonlight.

Van der Neer usually depicted imaginary places in his landscape paintings. In this rare example, however, he painted an identifiable landmark, the Castle Kostverloren. The evocative river setting, painted inside a studio, is not accurate. During the 1600s, Dutch artists typically composed idealized scenes with imaginary skies while indoors.

License:
Courtesy of The Getty
For more:
http://www.getty.edu/art/collection/objects/127970/aert-van…