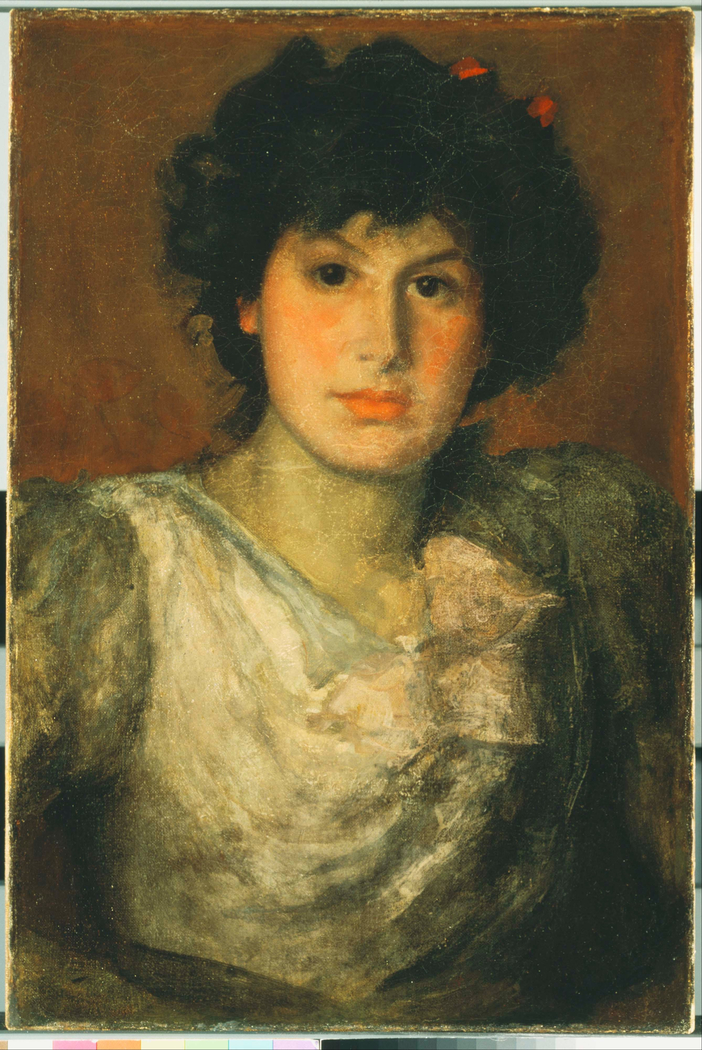 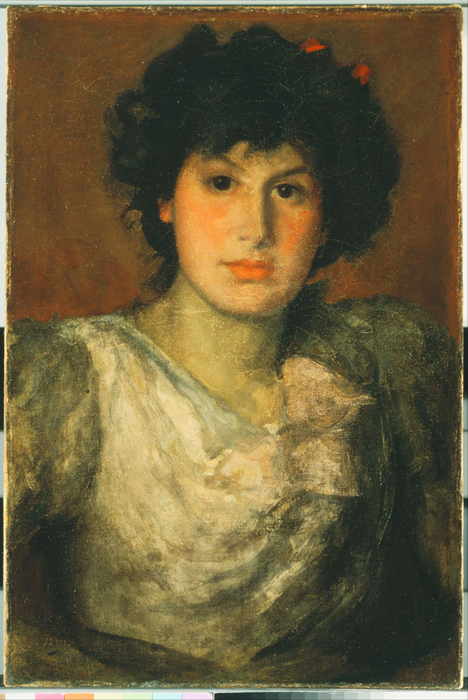 Probably commissioned by the sitter's father, Edward G. Woakes, senior aural surgeon for London Hospital, Miss Lillian Woakes is a representative example of Whistler's preferred subject and style in the 1890s. These small portrait heads, if not Whistler's most daringly experimental, were nevertheless the product of an era of great personal triumph and professional accomplishment: his recent marriage to Beatrix Godwin was a success; in 1890 he met Charles Lang Freer, soon to become his greatest patron; and that same year he published a successful compilation of correspondence and other writings, The Gentle Art of Making Enemies. The public favorably received this painting, and it was given a place of honor when exhibited in the United States.

In purchasing Miss Lillian Woakes in 1920, his first Whistler painting, Duncan Phillips may have been inspired by Freer's 1919 bequest to the nation of his substantial art collection, which included more than three hundred works by Whistler. In selecting this portrait he showed his preference for those aspects of Whistler's work that link him to the realism of Courbet and Degas, and to the earlier naturalism of Velázquez. Phillips appears to have been drawn to the remarkable balance between the artist's purely decorative concern for a harmonious arrangement of color, tonality, and accents and his desire to convey the forthright personality of his subject. In the 1930s and 1940s, Phillips often hung the portrait with the works of French painters such as Corot, Degas, and Daumier, but by the 1950s and 1960s Phillips placed the portrait with American masters such as Eakins, Fuller, Homer, and Inness. In A Collection in the Making, Phillips wrote:

“Miss Woakes, however, is not a mere pretext for a color scheme, and not a Japanese conception of the figure as an arabesque, nor a graceful form enveloped in shadowy air. She is a robust blooming English girl in whose vitality and subtle spirit the artist seems to have forgotten himself, striving only for the plastic 'presence' and for an expression of the 'eternal feminine'.... [source]