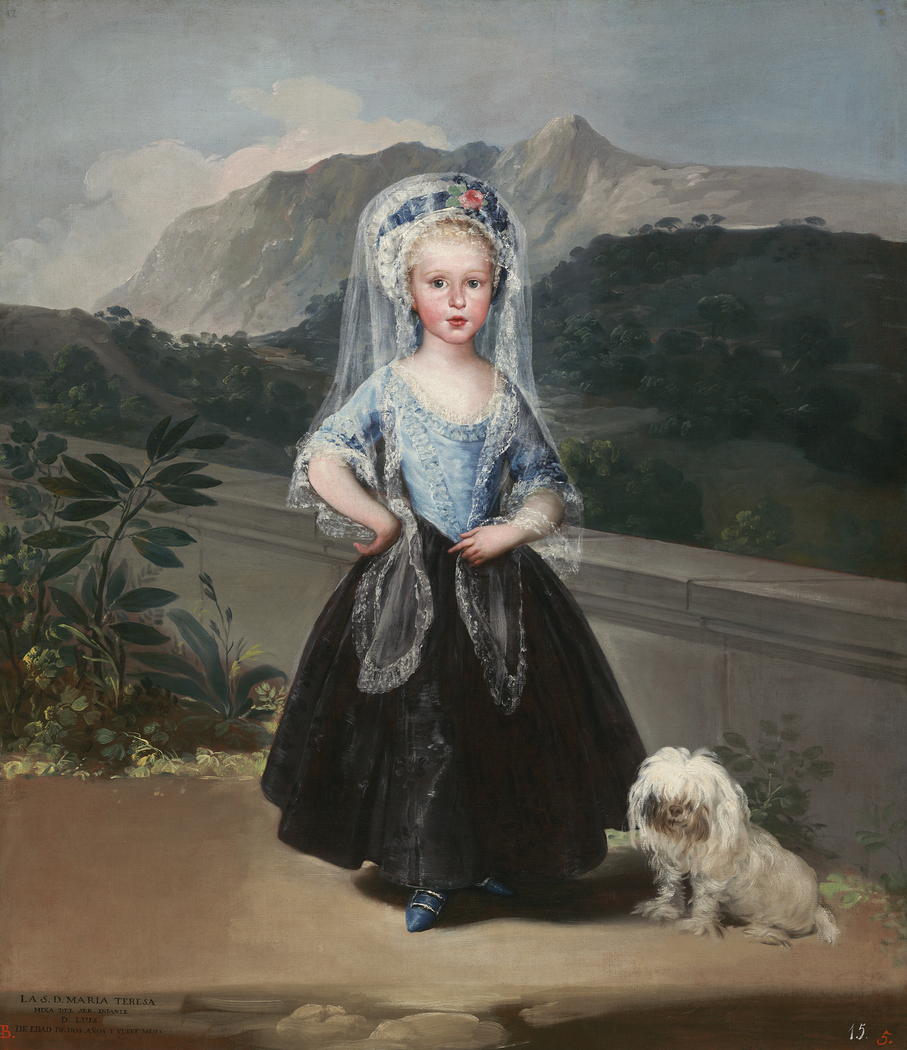 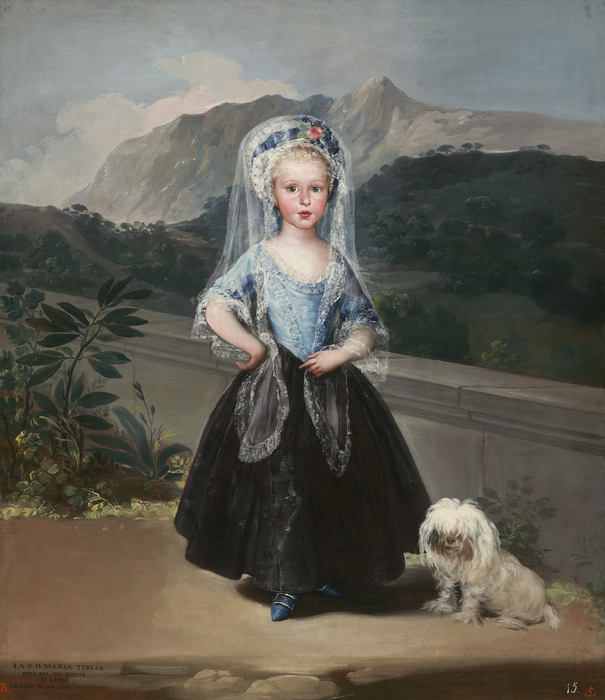 1783
Although Goya is now best known for his innovative and incisive depictions of such themes as the excitement of the bullring and horrors of the Napoleonic wars, it was as a portraitist that he first gained fame among his countrymen. In 1783, Goya was called to Arenas de San Pedro by the Infante Don Luis, brother of Charles III, to paint a family portrait. He also painted individual portraits of family members such as this one.

Ingenuous but self-assured, the future countess wears the fashionable attire of a lady of the Spanish court as she poses at the edge of a terrace. She gazes out at the viewer with an innocence very much in contrast with her adult costume and mature stance. In the style of earlier "grand-manner" portraiture, Goya may have manipulated the setting to enhance the image of the diminutive sitter, perhaps adjusting the scale of the parapet to her size and placing the wall close to her.

This is one of four portraits by Goya of María Teresa, with whom he maintained a lifelong sympathetic relationship. One of the most tragic figures at the court of Charles IV, the countess was trapped in a humiliating marriage to the King's minister, Manuel Godoy, arranged by the Queen, Maria Luisa, for her own duplicitous purposes. 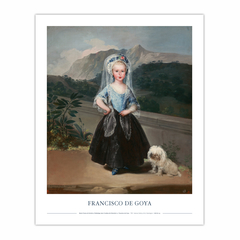