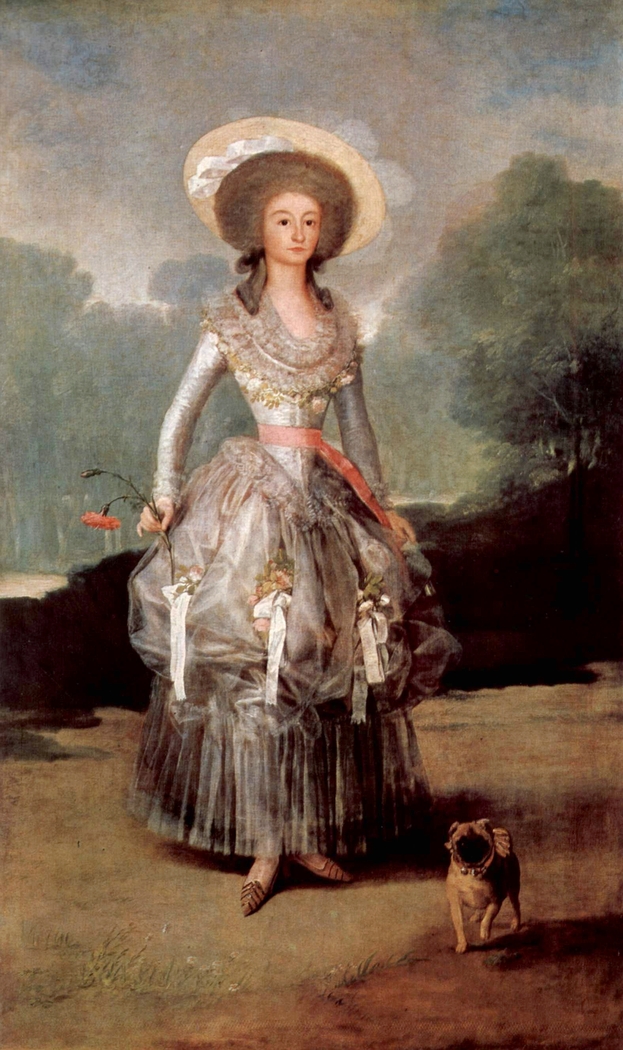 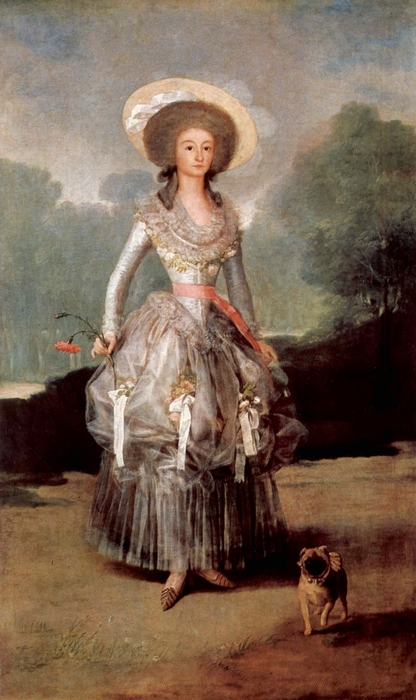 1786
Trees, grass, and shrubbery, simplified almost to abstraction, set off the fragile, wasp–waisted figure of María Ana de Pontejos y Sandoval, the Marquesa de Pontejos. Splendidly attired, she typifies those ladies of the Spanish aristocracy who affected the "shepherdess" style of Marie Antoinette, so popular in pre–revolutionary France.

The 18th century's sentimental fondness for nature, influenced by the writings of Jean–Jacques Rousseau, is alluded to in the parklike setting, the roses arranged around the bodice of the gown and tucked into the folds of the voluminous overskirt, and in the carnation that the marquesa holds with self–conscious elegance. Framing her artfully arranged coiffure, the broad–brimmed picture hat again bespeaks high fashion, perhaps imported from England; such hats were often seen in contemporary portraits by Gainsborough and other British painters. While the painting's pale tones reflect the last stages of the rococo in Spanish art, the overall silvery gray–green tonality is equally reminiscent of the earlier Spanish master, Velázquez, whose paintings Goya had studied and copied.

Goya probably painted this portrait on the occasion of the marquesa's first marriage, to Francisco de Monino y Redondo, brother of the all–powerful Count of Floridablanca, another of Goya's noble patrons.