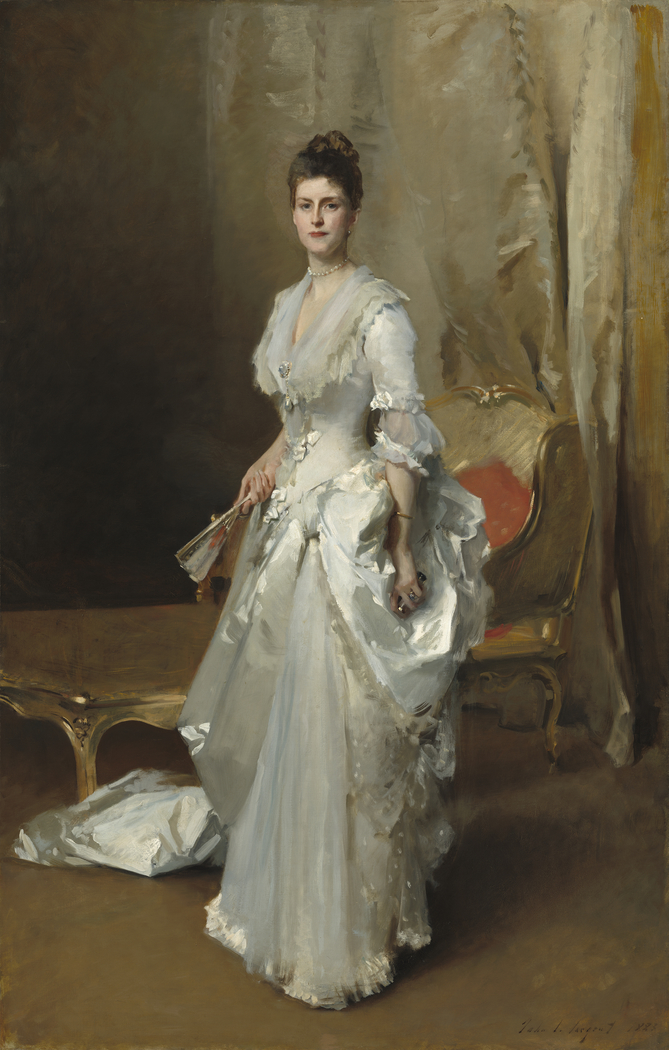 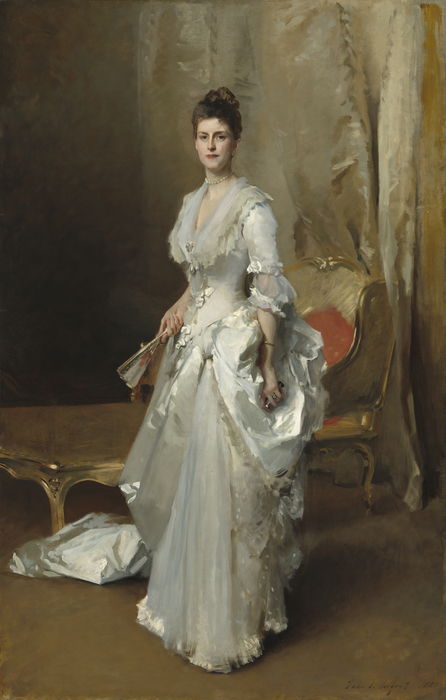 1883
Margaret Stuyvesant Rutherford White made quite an impact on her expatriate acquaintances in Europe. Novelist Edith Wharton recalled her striking beauty: "It is hard to picture nowadays the shell-like transparence, the luminous red-and-white, of those young cheeks untouched by paint or powder, in which the blood came and went like the lights of an aurora." Although she appears rather serious in this formal portrait, Mrs. White—called "Daisy"—was known to be quite lively in her social pursuits. As the author Henry James wrote from London in 1888: "The happy American here, beyond all others, is Mrs. Henry White."

When Gilded Age aristocrats and socialites wanted someone who could capture both their gifts and their status, they called on John Singer Sargent. Paris was the artist's home from 1874, when he began study there with the well-known portraitist Carolus-Duran, until 1886, when he moved to London. He frequently exhibited portraits at the annual Paris Salon, which led to many new assignments. Such was the case with this likeness of the wealthy Daisy White. Upon seeing Sargent's Lady with the Rose (1882, The Metropolitan Museum of Art) at the Salon of 1882, White arranged her commission. The subject came from a prominent academic and social New York lineage and in 1879 had married diplomat Henry White, scion of a distinguished Maryland family. When White requested her portrait at age 29, her husband was the First Secretary of the American legation in Paris. The couple lived mostly in that city before Henry White was posted to Vienna in 1883 (and later to London).

Sargent began the portrait in late 1882, and worked on it alongside the painting of another American woman living in Paris, Virginie Amélie Gautreau (Madame X, 1884, The Metropolitan Museum of Art). However, White left Paris for obligations in the south of France after only a few sittings. Gathering up the enormous and unusually wide canvas, the artist followed her and kept "brushing away" on the portrait in Nice and back in his Paris studio. The virtuoso handling of the dress—featuring a dazzling array of white fabrics of varying texture, including satin, lace, and tulle—and of the highlights on the fan and opera glasses makes the subject glow against the elegant chaise and muted background.