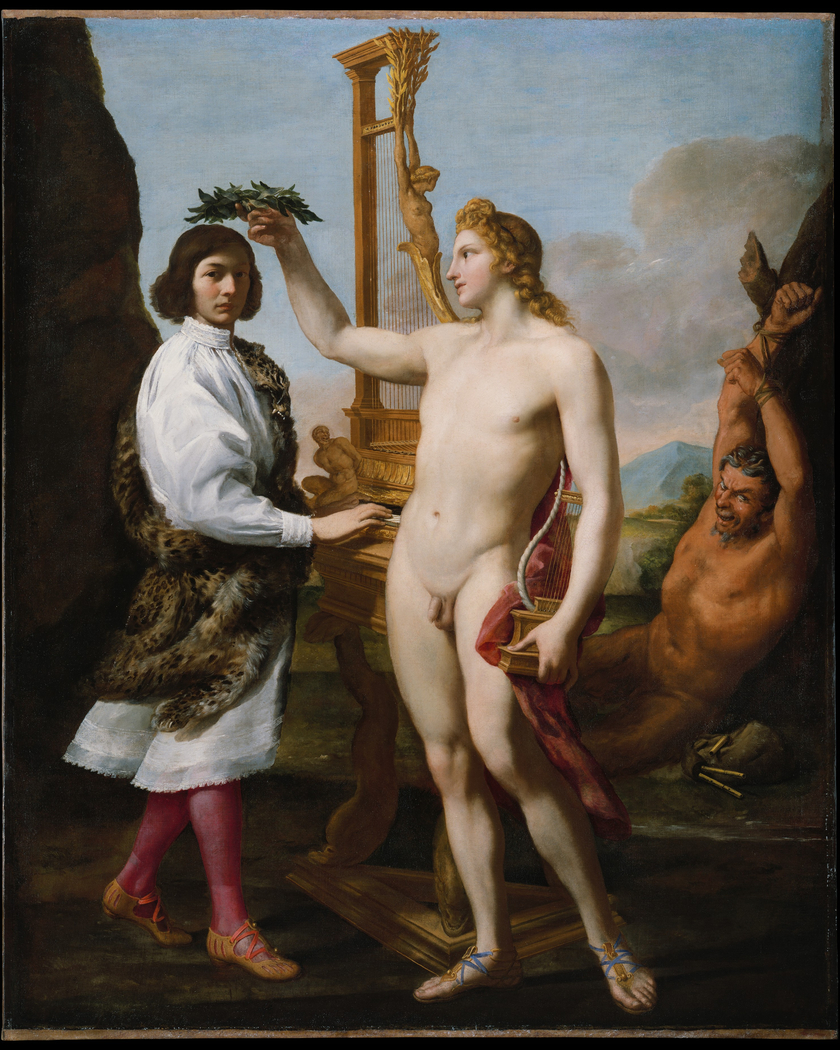 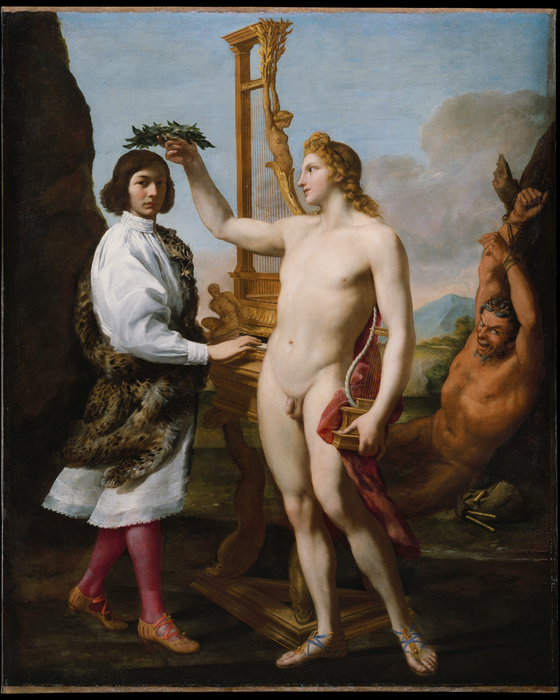 1641
A celebrated male soprano, Pasqualini is crowned by Apollo, who had been victorious in a musical contest with the satyr Marsyas (shown in the background, defeated and tied to a tree with his bagpipes beside him). Pasqualini joined the choir of the Sistine Chapel in 1630, and from 1632 was a protagonist in many operas produced at the Palazzo Barberini. Sacchi designed sets for some of these. The singer plays an upright harpsichord decorated with the figures of Daphne and a bound satyr; Apollo is loosely based on the famous ancient sculpture known as the Apollo Belvedere. (Source: The Metropolitan Museum of Art)

License:
Courtesy of the Metropolitan Museum of Art
For more:
https://www.metmuseum.org/art/collection/search/437593