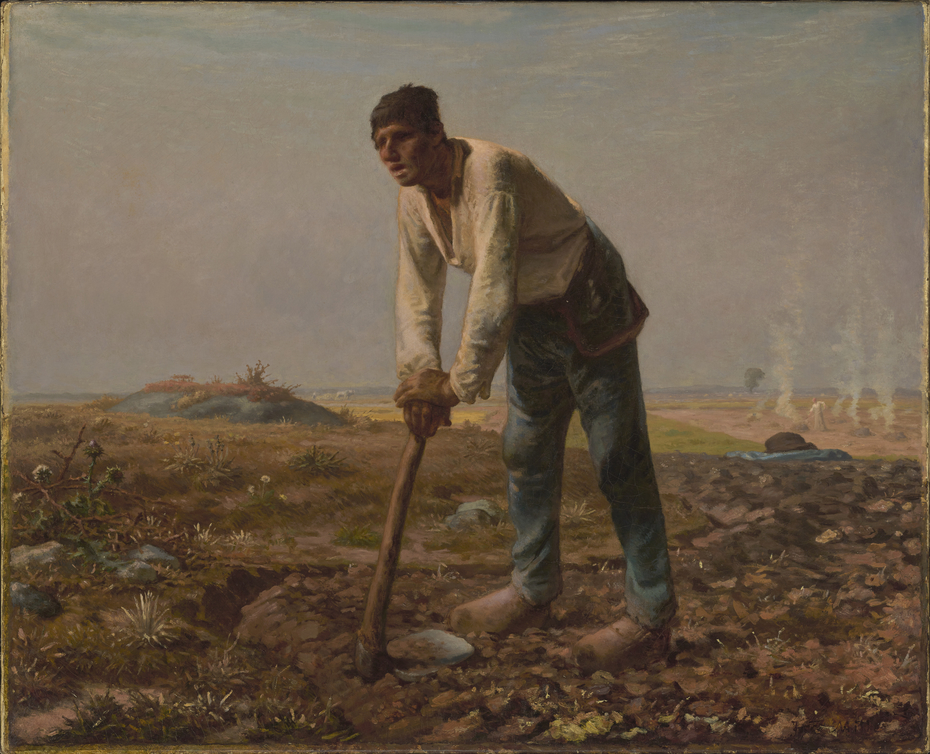 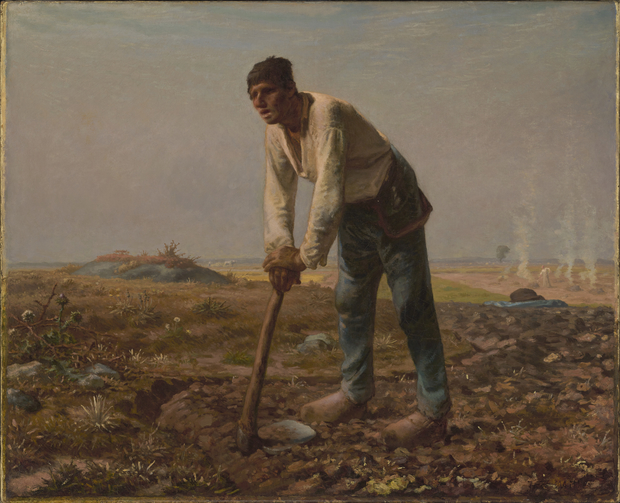 Man with a Hoe

1860 - 1862
"[A]s I have never seen anything but fields since I was born, I try to say as best I can what I saw and felt when I was at work," wrote Jean-François Millet. At the Salon of 1863, Man with a Hoe caused a storm of controversy. The man in the picture was considered brutish and frightening by Parisian bourgeoisie. The Industrial Revolution had caused a steady exodus from French farms, and Man with a Hoe was interpreted as a socialist protest about the peasant's plight. Though his paintings were judged in political terms, Millet declared that he was neither a socialist nor an agitator.

A religious fatalist, Millet believed that man was condemned to bear his burdens. This farmer is Everyman. His face is lit, yet composed of blots of color that give him no individuality. He is big and dirty and utterly exhausted by the backbreaking work of turning this rocky, thistle-ridden earth into a productive field like the one being worked in the distance. A tribute to dignity and courage in the face of a life of unremitting exertion, Man with a Hoe was long considered a symbol of the laboring class.