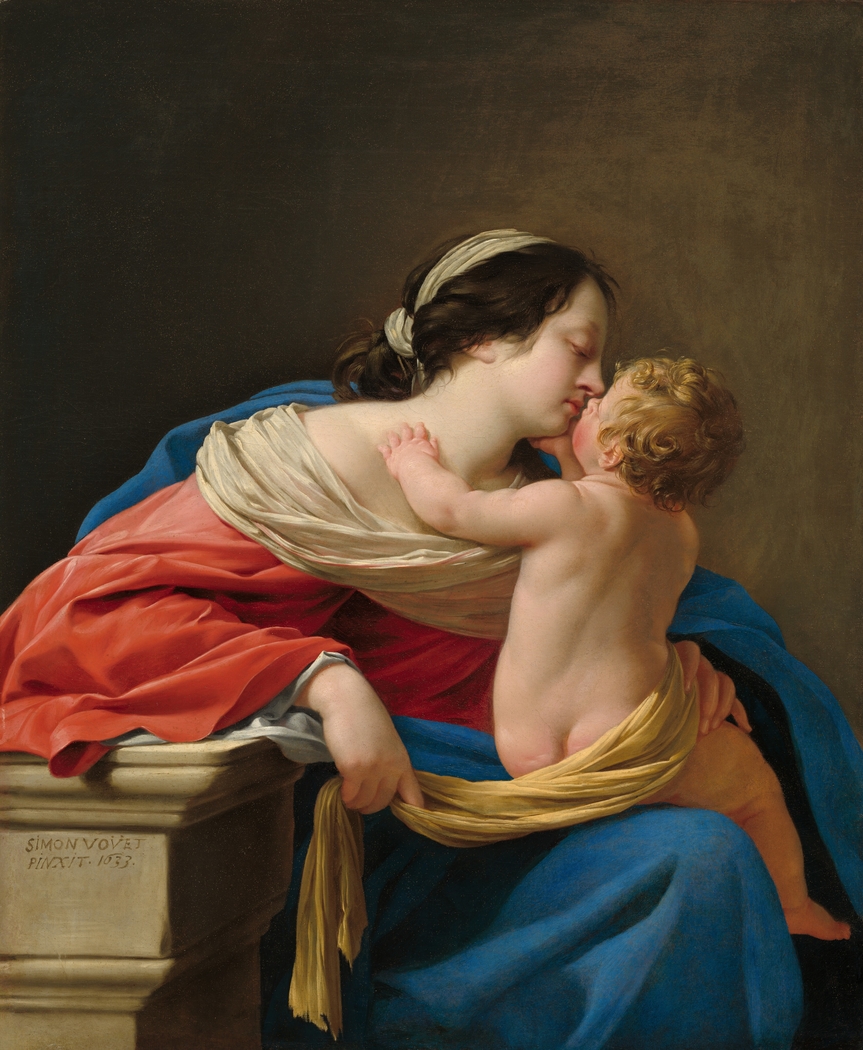 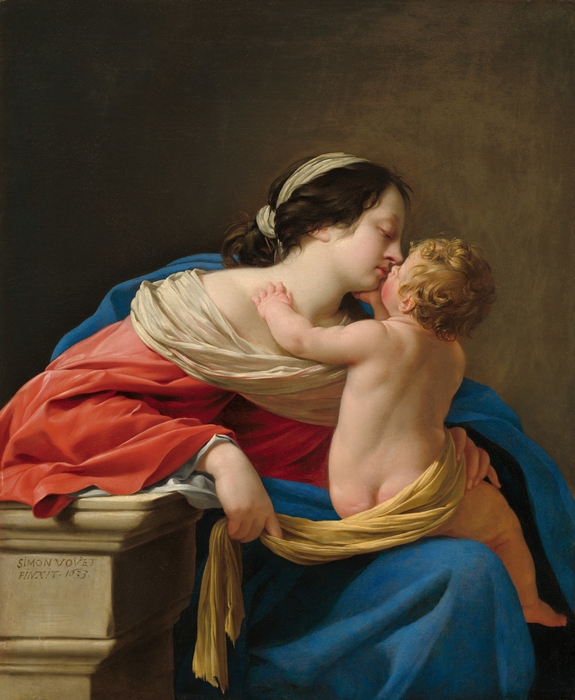 
Simon Vouet studied in Rome during the first decades of the seventeenth-century, succumbing to the pervasive, pan-European influence of Caravaggio's realist revolution in contemporary painting. In 1627, King Louis XIII called Vouet home to Paris to be his court painter, and Vouet refined Caravaggio's innovations into a style that would become the French school of painting so exquisitely represented by the Gallery's newly acquired Madonna and Child.

The cult of the Virgin was in full swing during this period, inspiring the king to dedicate the empire to her in 1638. Encouraged by the Counter-Reformation, Catholic societies advanced the idea of Mary as the privileged intermediary to Christ. Images of her proliferated, not least in the oeuvre of Vouet, who painted more than a dozen compositions of the Virgin and her son at half-length, many of which were reproduced as prints. A recent discovery, the Gallery's Madonna and Child seems not to have been engraved, and, also unlike the others, is signed and dated, quite rare in the work of the artist.

While the dark background and monumental composition remain from his Roman manner, Vouet's mastery of exquisitely subtle light, and his use of clearer, brighter colors — the strong blue and red against the delicate tones of white and yellow — mark his new French style. Supported by a classical stylobate, the Virgin holds her son on her lap, gazing at him adoringly with heavy eyelids. Her thick hair is pulled back loosely with a fabric band, exposing the ivory tones of her neck and shoulder. The Christ child reaches up to kiss his mother, his body twisting as he pulls her face Madonna and Child bridges the Roman-period painting by Vouet in the Gallery's collection, Saint Jerome and the Angel (c. 1625), with a later decorative panel, Muses Urania and Calliope (c. 1640), completed with the help of his studio, the largest in Paris. The painting also establishes contextual origins for the Gallery's works by Vouet's successor in the royal court, Nicolas Poussin. Likely commissioned as an altarpiece for the private chapel of a wealthy Parisian, the painting provides a commanding anchor for the seventeenth-century French galleries.

License:
Courtesy of the National Gallery of Art, Washington
For more:
https://www.nga.gov/collection/art-object-page.206070.html