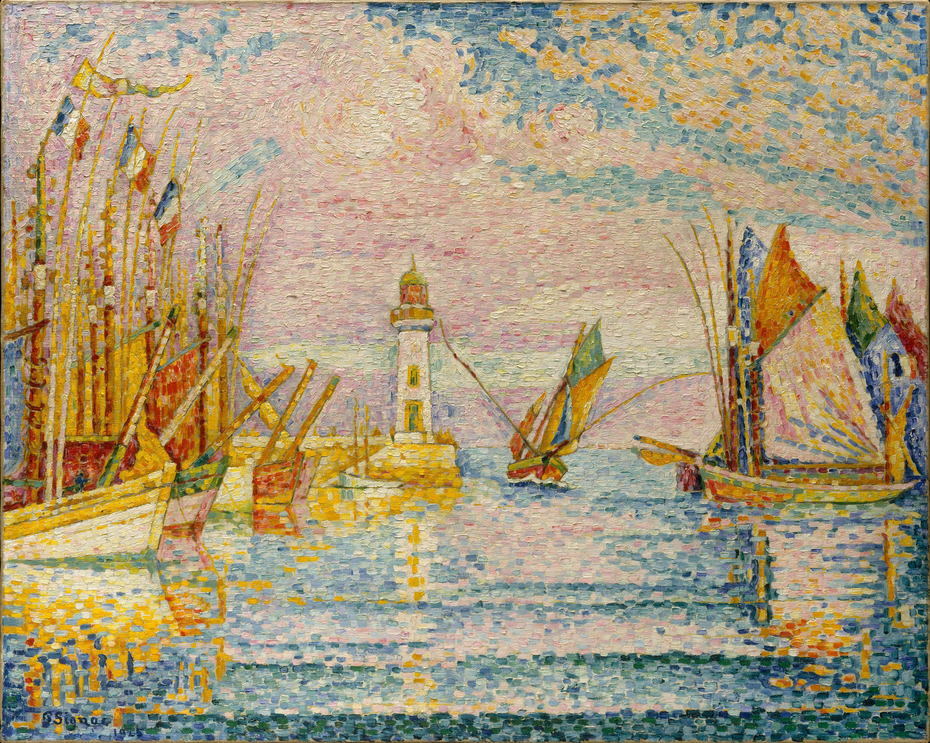 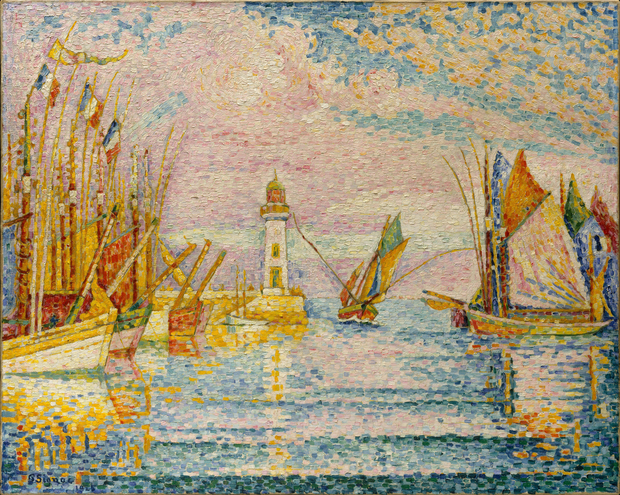 1925
Signac, an avid yachtsman, is best known for his vivid views of French ports and incandescent seascapes. This painting of 1925 depicts one of the two lighthouses marking the harbor of Port-Tudy on the Île-de-Groix, a small island off the coast of Brittany in northern France. A guidebook of the time remarked on the town’s "multicolored tuna boats, with long yardarms like antennae, used for fishing." The broad, regular touches of color, visible especially in the sky and water, were a hallmark of Signac’s late style. (Source: The Metropolitan Museum of Art)