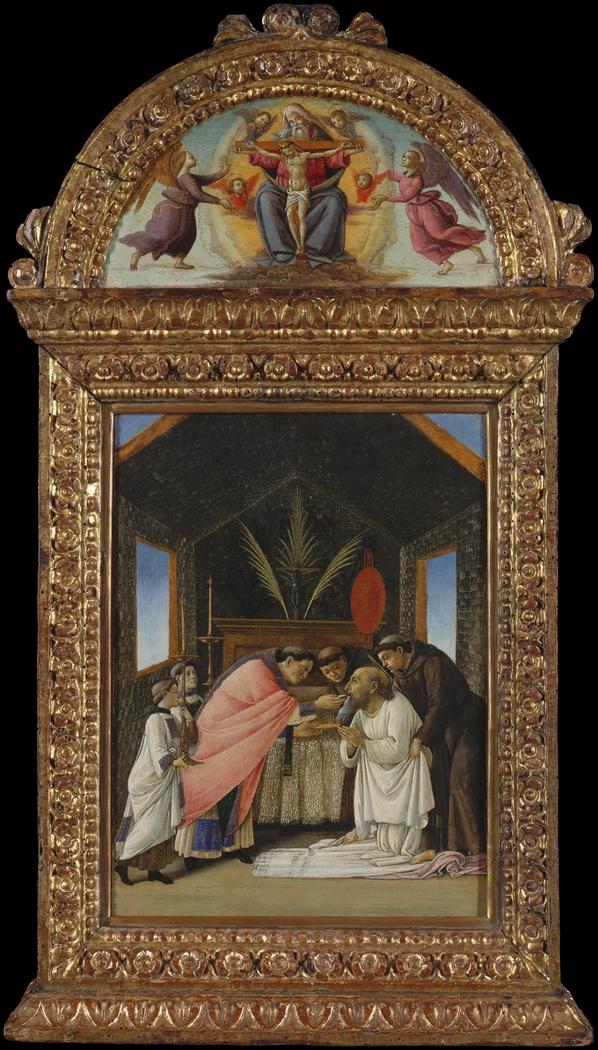 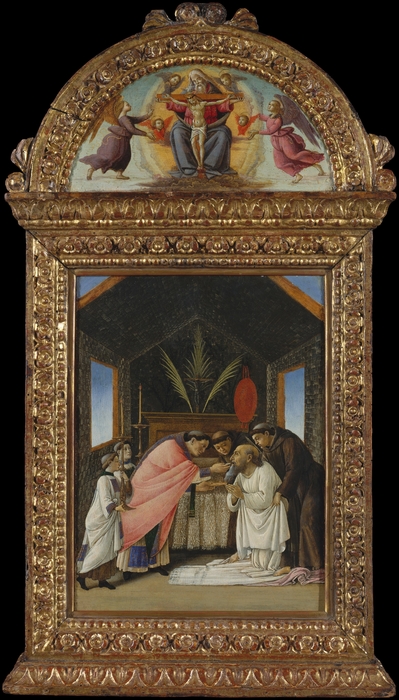 1490 - 1495
The great fourth-century scholar and translator of the Bible into Latin is shown in his cell near Bethlehem, supported by his brethren as he receivies Last Communion. Famous in its day, the picture was painted for the Florentine wool merchant Francesco del Pugliese, a supporter of the radical preacher Savonarola. An opponent of the Medici, Pugliese may have been attracted to the subject for its deeply devotional content. The period frame was carved in the workshop of Giuliano da Maiano; the lunette is by Bartolomeo di Giovanni, who sometimes collaborated with Botticelli. (Source: The Metropolitan Museum of Art)

License:
Courtesy of The Metropolitan Museum of Art
For more:
https://www.metmuseum.org/art/collection/search/435728