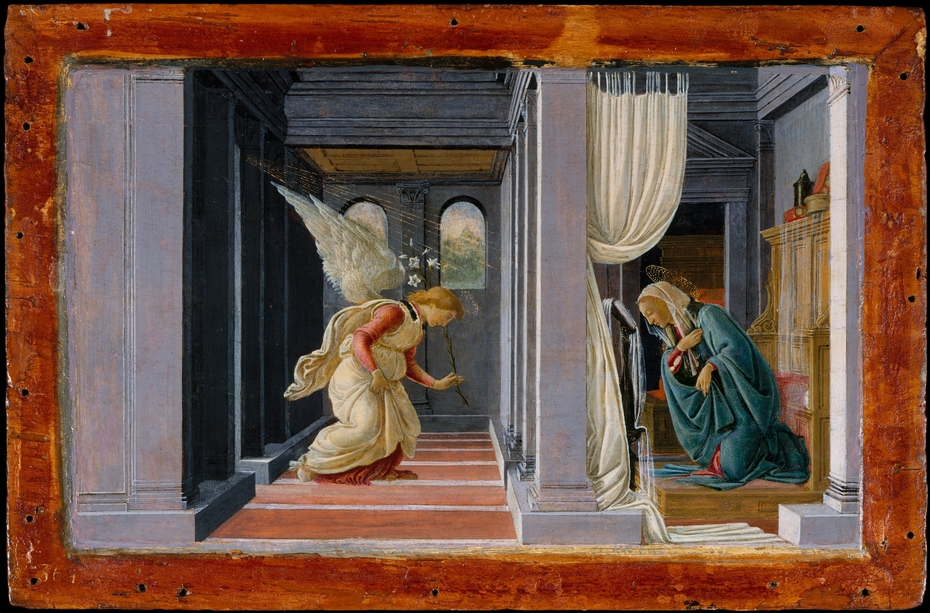 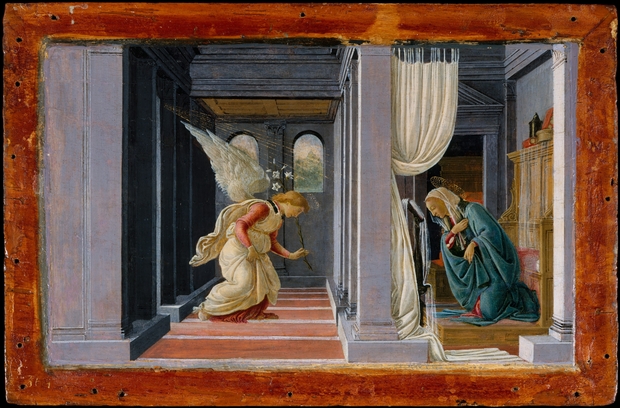 1485 - 1492
One of the most celebrated paintings in the Robert Lehman Collection, this depiction of the Annunciation unfolds in a classicizing architectural interior rendered with one-point perspective to create the illusion of depth, a technique achieved in early fifteenth-century Florence. The incised lines visible on the panel's surface are evidence of Botticelli’s working method to create the complex composition. A row of pillars divides the space occupied by the Angel Gabriel from the intimate bed chamber of the Virgin, who kneels in humility as she receives his divine message. The panel was almost certainly commissioned as a private devotional image, not as part of a larger work. While the identity of the patron is not known, the painting was in the famed Barberini collection in Rome in the seventeenth century. (Source: The Metropolitan Museum of Art)

License:
Courtesy of The Metropolitan Museum of Art
For more:
https://www.metmuseum.org/art/collection/search/459016