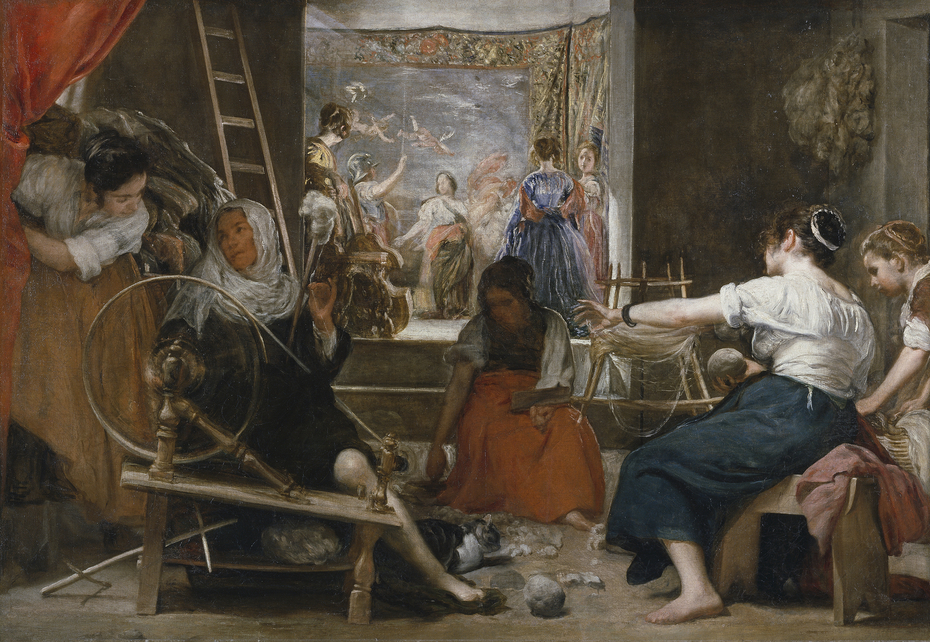 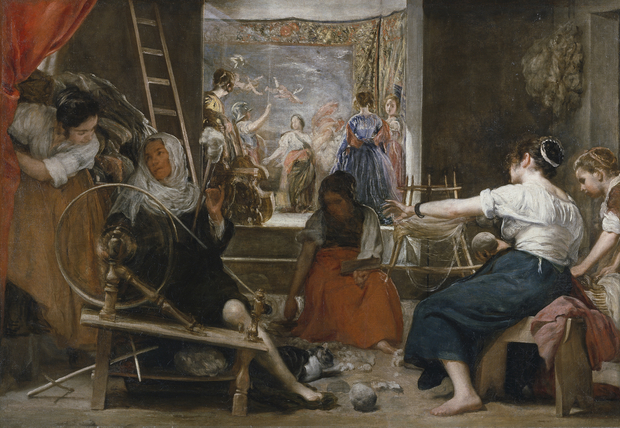 The Spinners, or the Fable of Arachne

This painting is the result of two acts carried out in different periods. First, Velázquez painted the surface occupied by the figures and the tapestry in the background. Later, in the 18th century, a wide strip (with the arch and oculus) was added to the top, along with narrower ones on the left, right and bottom (these additions are not visible in the current presentation of this work). Those alterations affected the reading of the work' s content, making what occurs in front of the tapestry appear farther away.

Consequently, viewers have long seen it as a representation of an everyday scene in a tapestry workshop, with spinning activities represented by Velázquez in the foreground and ladies standing before a tapestry in the background. In the nineteen thirties and forties, various critics and historians expressed their belief that this apparently costumbrista work actually had a mythological content.

The discovery of the inventory of Alcázar employee, Pedro de Arce`s property confirmed their suspicions. Drawn up in 1664, it lists a Fable of Arachne by Velázquez with dimensions quite close to those of this painting`s oldest fragment. There, the main elements of this mythological story are in the background, where the goddess, Pallas, wearing her helmet, argues with Arachne as the two compete to show their respective skills in the art of weaving.