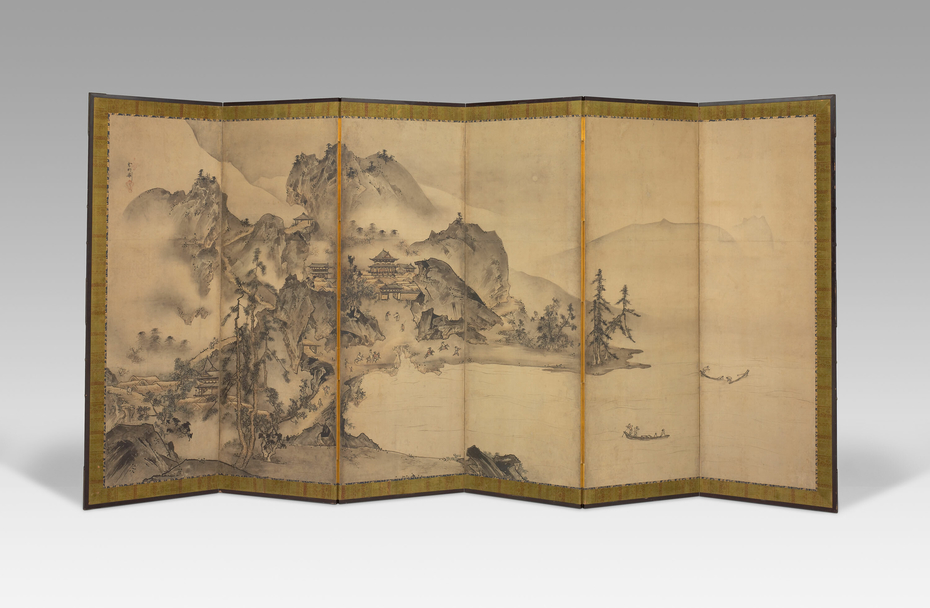 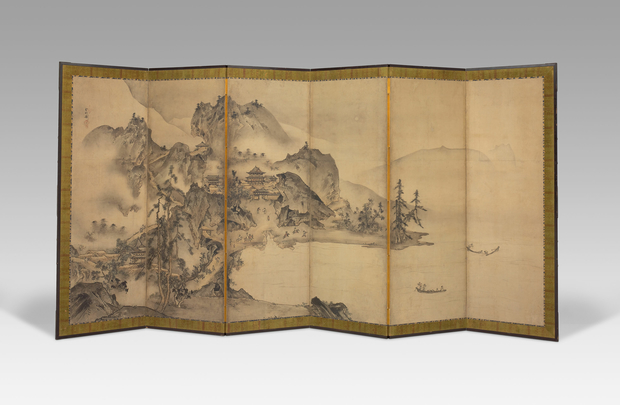 Landscape of the Four Seasons

1560
Sesson Shukei was a Zen Buddhist monk and painter who achieved his idiosyncratic painterly style during an itinerant career in eastern Japan, seemingly without ever traveling to Kyoto, Japan’s cultural and political capital at the time. Sesson’s dream-like Chinese landscape expands before our eyes in understandable spatial depth, an effect that is enhanced by the folds of the screen. Reading the composition in the same manner as the Japanese language, from right to left, the seasons flow from the first red plum blossoms of the year, depicted on the right side of the right screen (top), all the way across to the snow-covered mountains on the far left side of the left screen (bottom). A mountain temple on the right and a village on the left enclose an inlet upon which boats come and go. People bustle about in activity, geologically impossible rock formations twist and turn, and water splashes out from the bottom of a waterfall like reaching fingers.

For adherents of Zen Buddhism, a sect with origins in China, idealized landscapes described a world akin to paradise, in which intellectual and religious activities could be pursued unhindered and the cycle of the seasons symbolized the harmony and rebirth inherent in the natural world. (Source: Art Institute of Chicago)

Size:
156.5 cm × 337 cm
Medium:
Six-panel screen (one of a pair); ink and light colors on paper
License:
Courtesy of the Art Institute of Chicago
For more:
https://www.artic.edu/artworks/7633/landscape-of-the-four-s…