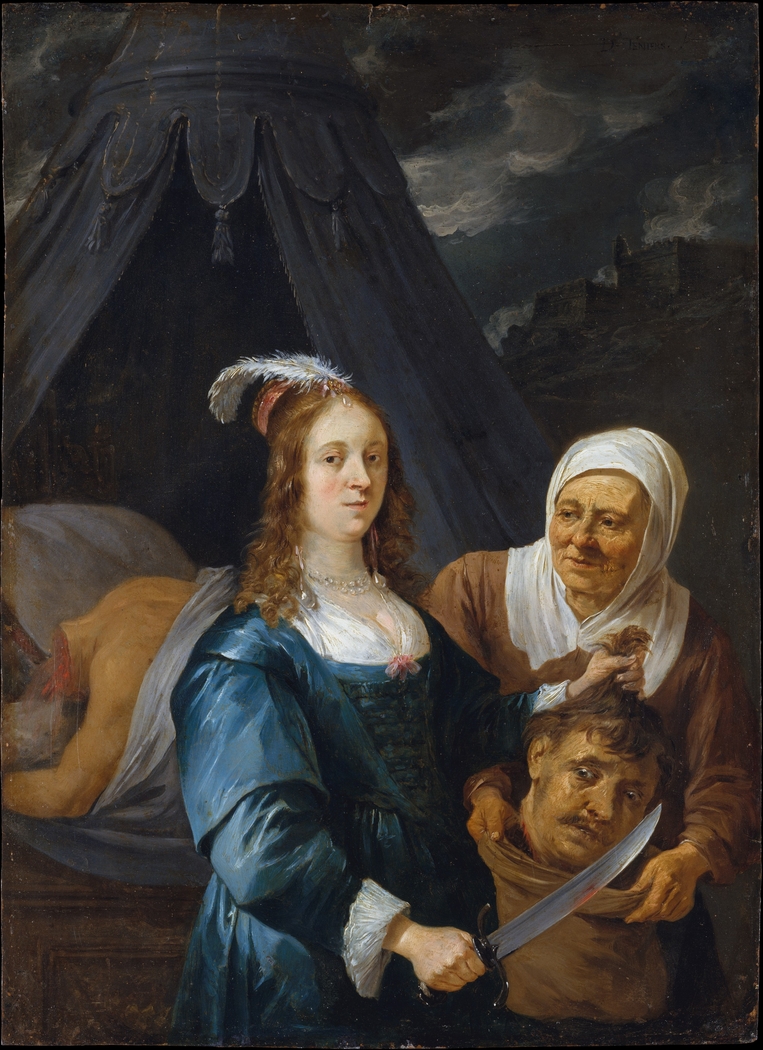 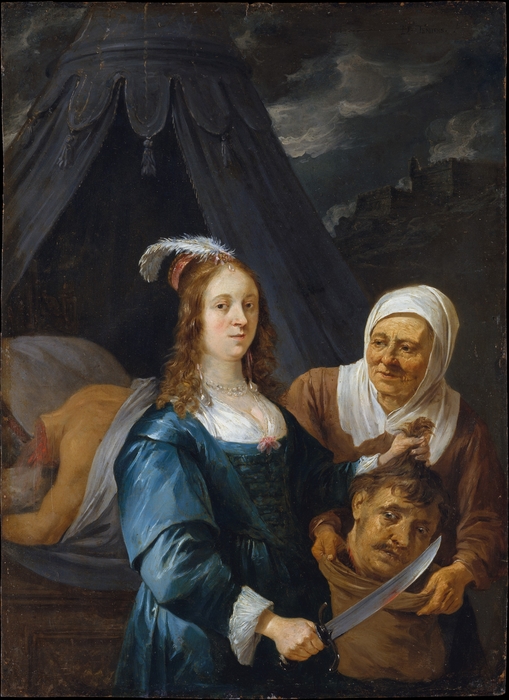 Judith with the Head of Holofernes

1650
According to the apocryphal book of the Bible that bears her name, the Jewish heroine Judith saved the city of Bethulia by first beguiling and then beheading the Assyrian general Holofernes. A popular subject of Baroque painting, Judith appears here accompanied by her maid and displaying Holfernes’s severed head as a trophy. This painting was acquired by an American collector during the French Revolution and donated to The Met shortly after its founding, in a reflection of the artist’s high position in nineteenth-century canons of taste.
(Source: Metropolitan Museum of Art)

License:
Courtesy of the Metropolitan Museum of Art
For more:
https://www.metmuseum.org/art/collection/search/437778