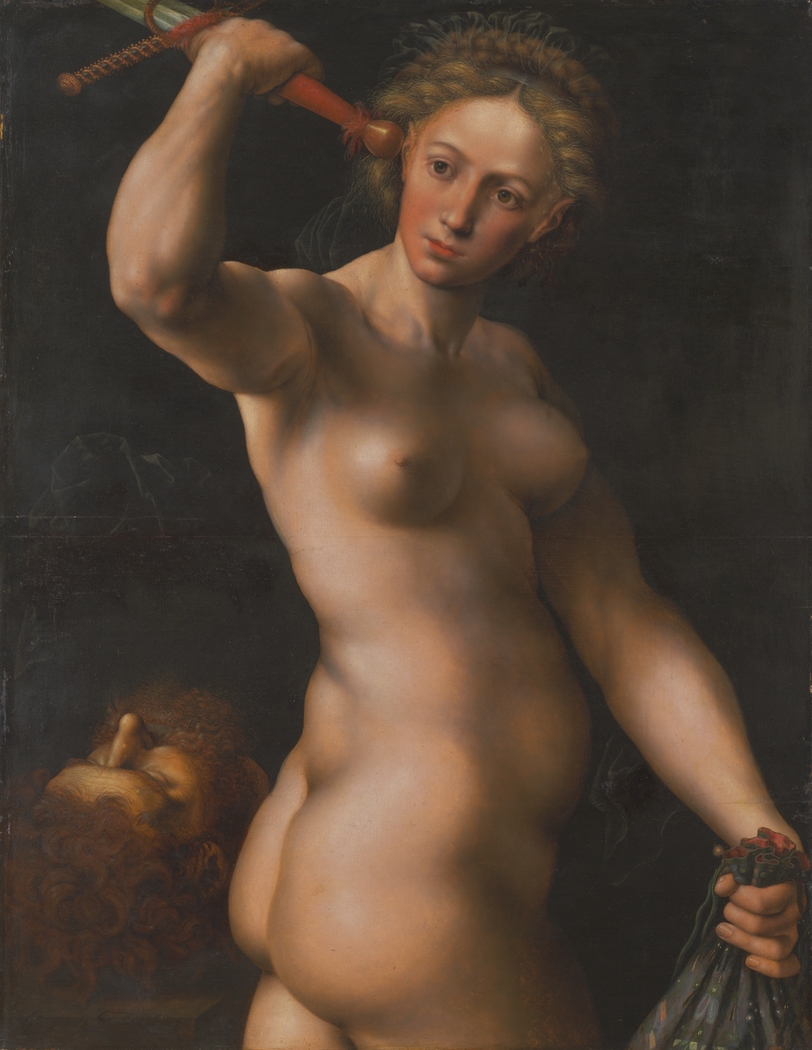 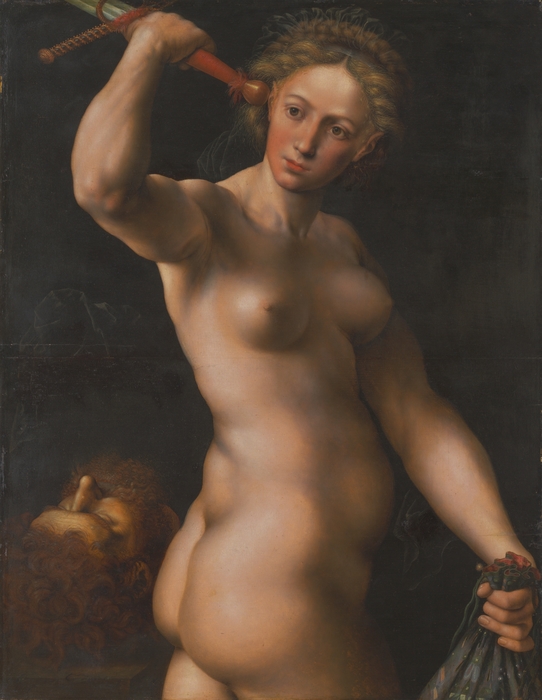 1540
Judith was considered one of the most heroic women of the Old Testament. According to the biblical story, when her city was besieged by the Assyrian army, the beautiful young widow gained access to the quarters of the general Holofernes. After winning his confidence and getting him drunk, she took his sword and cut off his head, thereby saving the Jewish people. Although Judith was often shown richly and exotically clothed, Jan Sanders van Hemessen chose to present her as a monumental nude, aggressively brandishing her sword even after severing Holofernes’s head.

Van Hemessen was one of the chief proponents of a style, popular in the Netherlands in the first half of the sixteenth century, that was deeply indebted to the monumental character of classical sculpture, as well as to the art of Michelangelo Buonarroti and Raphael. Judith’s muscular body and her elaborate, twisting pose reflect these influences. Yet the use of the aggressive nude figure here also suggests a certain ambivalence on the part of the artist and his audience toward the seductive wiles Judith may have employed to disarm Holofernes. In this work, Van Hemessen combined an idealized form with precisely rendered textures, as in the hair and beard of Holofernes and Judith’s gauzy headdress and brocaded bag. The interplay between the straining pose of the figure, the dramatic lighting, and the fastidiously recorded surfaces serves to heighten the tension of this composition. (Source: Art Institute of Chicago)