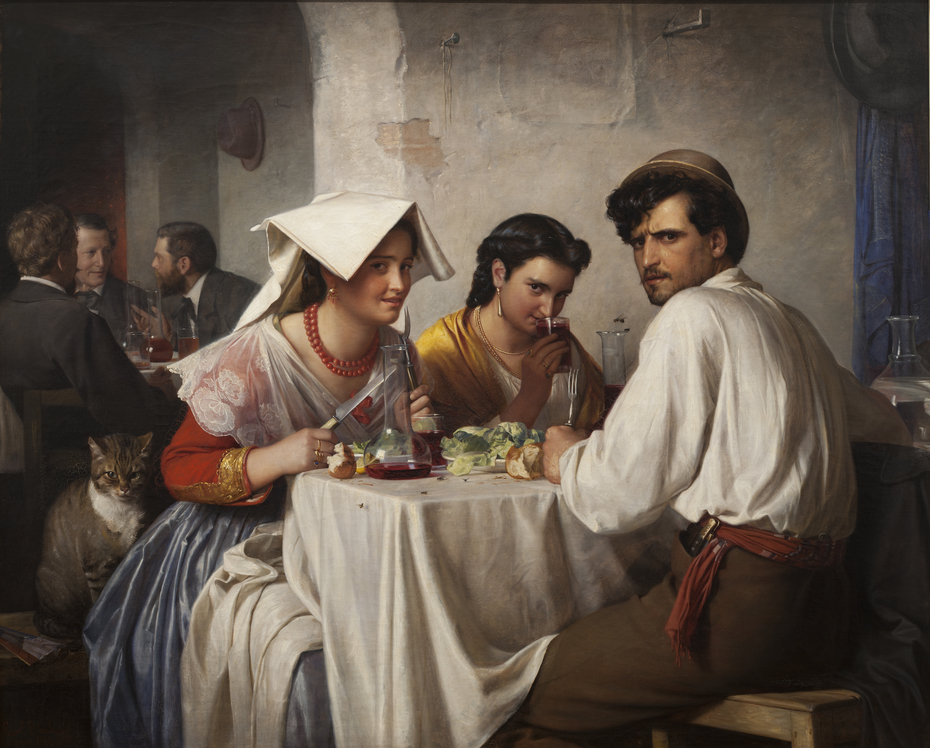 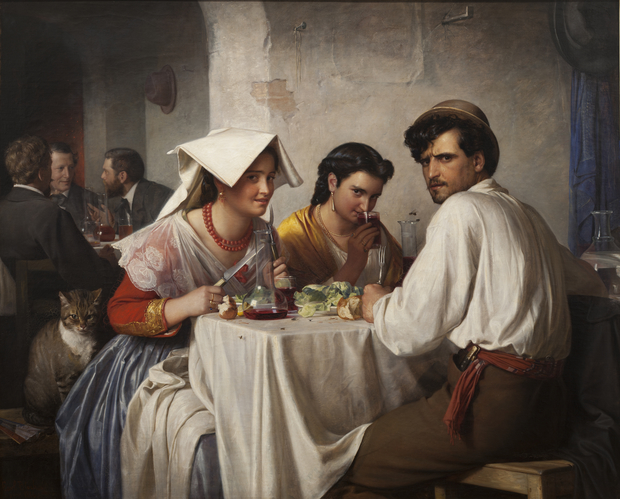 In a Roman Osteria

1866
As is often the case in Bloch’s work, knives and forks are brandished rather freely. Note in particular how the phallic decanter to the left may be close to an inviting mouth with slightly parted lips, but is equally – and unpleasantly – close to a knife and a fork with only two large prongs considerably more pointy than those of the young man’s fork.

A popular genre picture
In a Roman Osteria is an intensified version of a painting by one of Bloch’s major predecessors, Wilhelm Marstrand (1810-1873); specifically his charming Italian Osteria Scene from 1848 (Ny Carlsberg Glyptotek). It is one of Bloch’s most popular genre pictures and is typical of his seductive ability to depict objects, details, and clothes with striking realism.

Commision pictures
Within Bloch’s body of work, the genre pictures constituted a break from the many commissions from the Danish Establishment. Friars with toothache, monks plucking chickens, coarse fishwives, and children hunting innocent ducks were among his favourite subjects. These pictures were usually very amusing, but also often rather strange and very much open to interpretation.﻿

License:
Courtesy of the National Gallery of Denmark
For more:
http://www.smk.dk/en/explore-the-art/highlights/carl-bloch-…