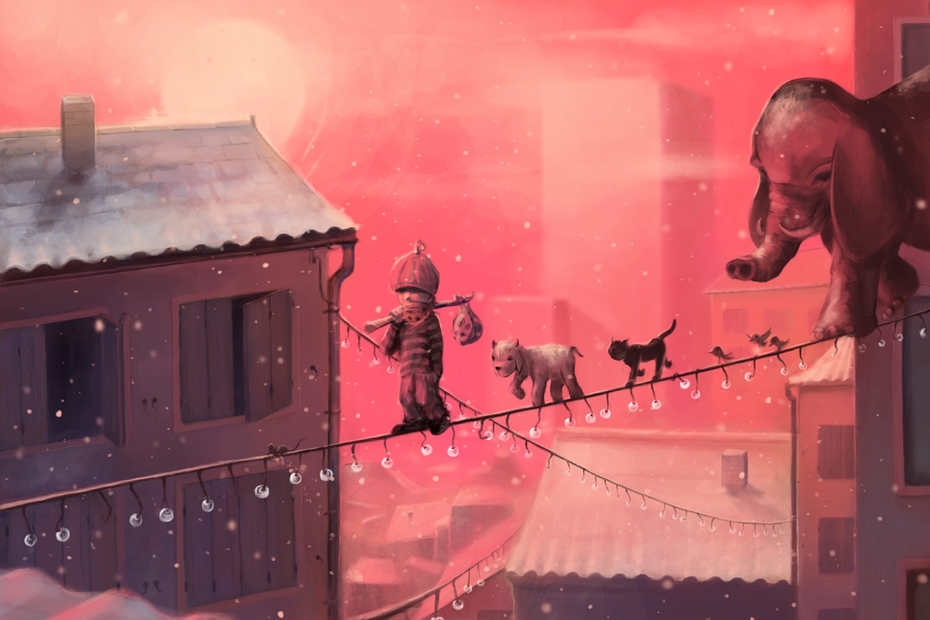 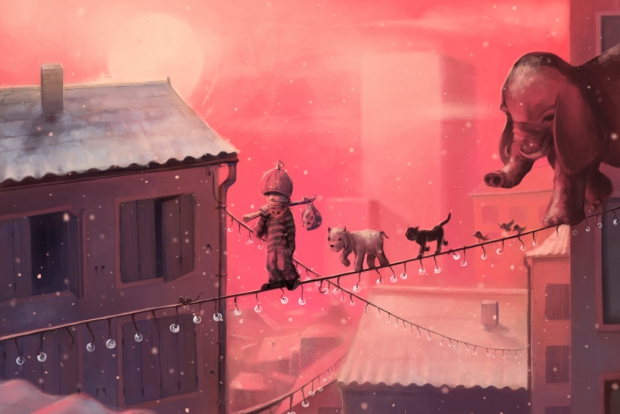 2006
Introduction to the Marlon’s story :

Marlon lived in a orphanage, right from the start.
On his seventh birthday, he felt a big hole inside,
impossible to fill, even with all the chocolate of Earth.
The children’s house was situated near of a zoo,
and it was the sole place for the rest of his soul.

His quest of his origins stopped front of the cages
of these animals deprived of freedom and family,
uprooted from their home, for the human’s pleasures.
But, he was lucky, the orphanage-cage was bigger,
and none was throwing peanuts on him on the street.

Day after day, he got on well with some animals,
because he thought sharing the same difficulties.
And the animals began to share the same desire,
a return to the origins, because they knew that..
” …A tree without root is a tree which is dying. “
The animals swore to find a way to help Marlon.

A mouse who knew every secret ways of the zoo,
asked to the animals who were brave volunteers,
not only to flee the prison, but also to come with Marlon
accepting to follow the group until the end of this story.
Each animal has to introduce his own country to Marlon,
and undertake to discover the countries of the other.

Only six animals agreed to follow the mouse,
a young elephant following a strong black cat,
a shy grey goat and three little noisy birds,
pledging fidelity to the child and his dream,
to find roots and a land to the Marlon’s tree.

The first place visited was the mouse’s home :

” A cheese without limit, made of concert and lights.
You can find a billion of holes to hide you or feed you,
and, at the heart of this whole cheese, the Sewer,
a paradise on Earth where everything is allowed.
If you are bored about the noise or the underground,
Touch the sky, the buildings are your springboard ! “

But Marlon knew the mouse was wrong about the city.
His nose was attacked by the cold and the pollution.
He was deadened by the cars, blinded by the light reflects.
Moreover he thought he was too big for the mouse’s holes !
” Sorry.Thank you, but… I think, I don’t come from a city… “

License:
All rights reserved. Exhibited on USEUM with the permission of the rights owner.
For more:
http://cyrilrolando.tumblr.com/image/9878742786