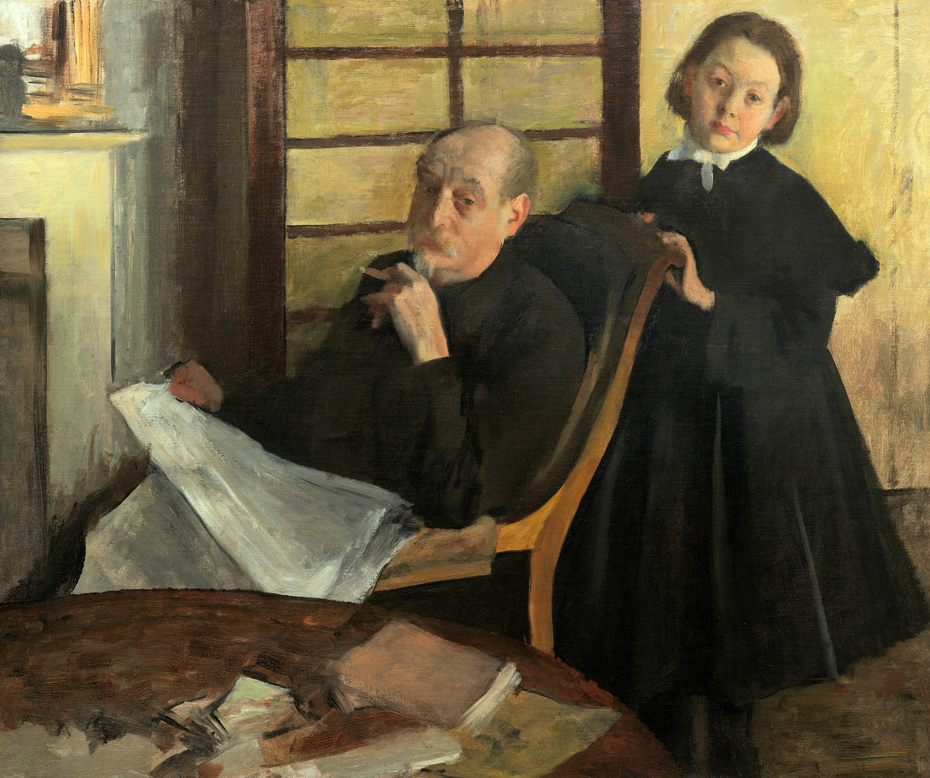 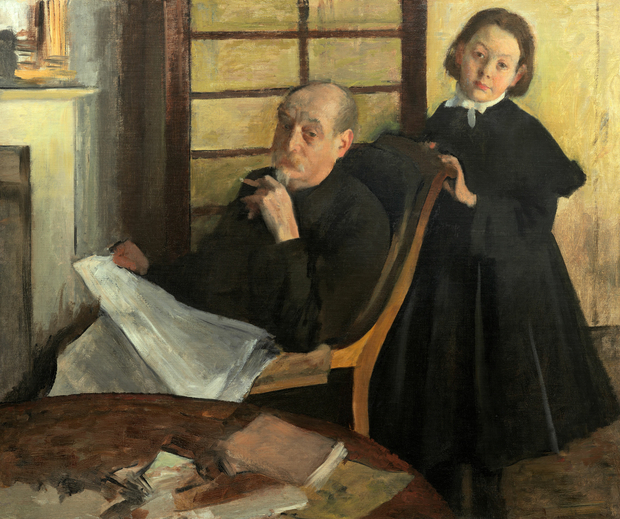 1875 - 1876
Edgar Degas was the most subtle portrait painter in the Impressionist group. His portraits, mostly of family members and close friends, were executed primarily in the period from the late 1850s through the 1870s. During frequent visits to Florence and Naples, Degas recorded his Italian relatives with great candor. On one of his last trips to Naples, in the mid-1870s, Degas painted this double portrait of his orphaned first cousin, Lucie, and their uncle Henri, in whose care the girl had recently been placed. In this painting, Degas showed two people, separated by many years in age, who are tentatively accepting the circumstances of their new relationship. Degas, having recently lost his own father and having witnessed other family misfortunes, addressed subjects such as this with awareness and sensitivity.

Areas of thin paint and unresolved details suggest that the painting was never completed. But the spare treatment of the background effectively emphasizes the heads and upper portions of the figures. Their connection is expressed in the similar tilt of their heads and in the black mourning clothes they both wear. Their psychological discomfort is suggested by the contrast of the plain wall behind Lucie and the darker glass-and-wood French door behind Henri, as well as by the curved chair back against which the man sits and on which the girl leans. At once intimate and distant, casual and guarded, these two relatives, and the third relation who paints them from the other side of the paper-laden table, poignantly express the fragility and necessity of family ties. (Source: Art Institute of Chicago)