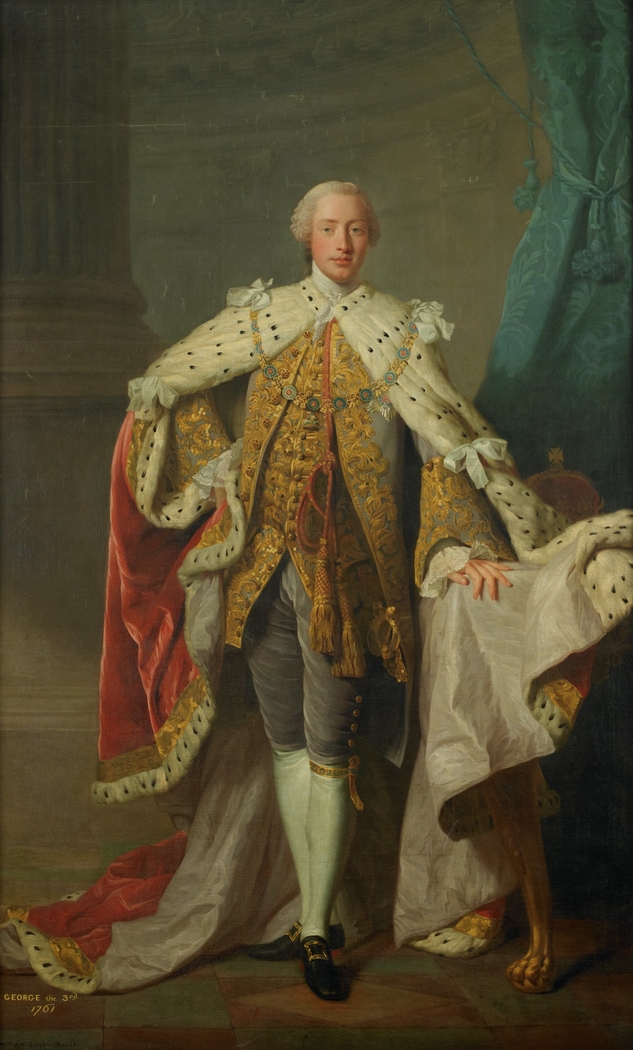 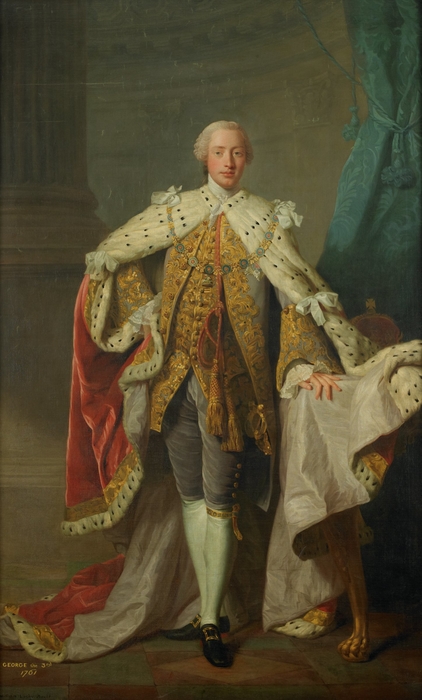 1761
This painting is a version of the official state portrait painted by the Scottish artist Allan Ramsay. George III (reigned 1760-1820) is dressed in ceremonial robes and wears the insignia of the Order of the Garter, the oldest order of knighthood: the pendant of St. George, patron saint of England and of the Order, suspended from the chain; the Star, glimpsed on the left breast; and the Garter, visible on the left leg below the knee. The letters Y PENS wrapped around the garter are from the Order’s motto: Honi soit qui mal y pense (evil to him who evil thinks).

The policies of George III led to a number of military conflicts, including the American Revolutionary War. 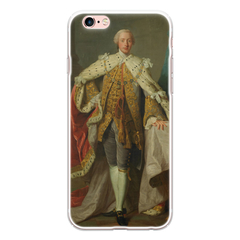 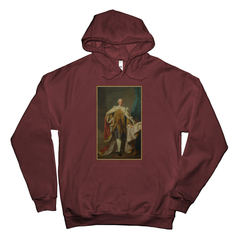 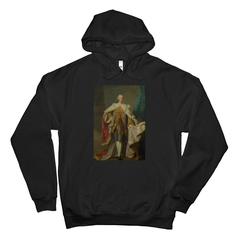