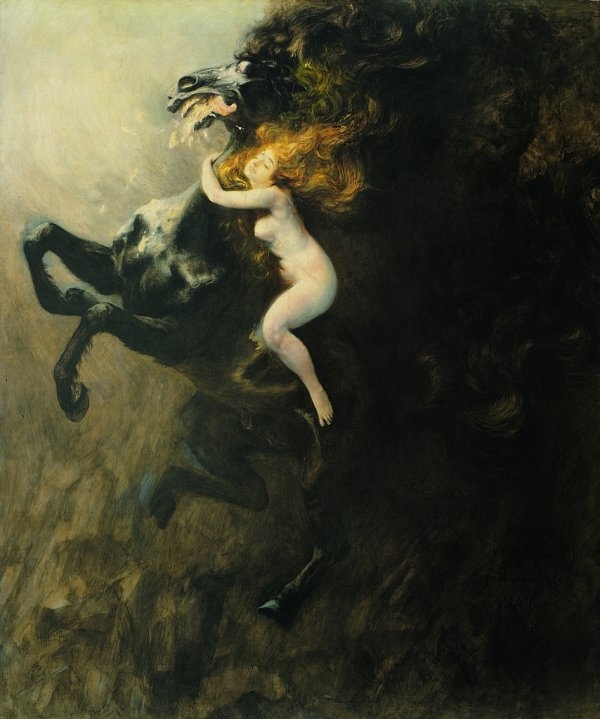 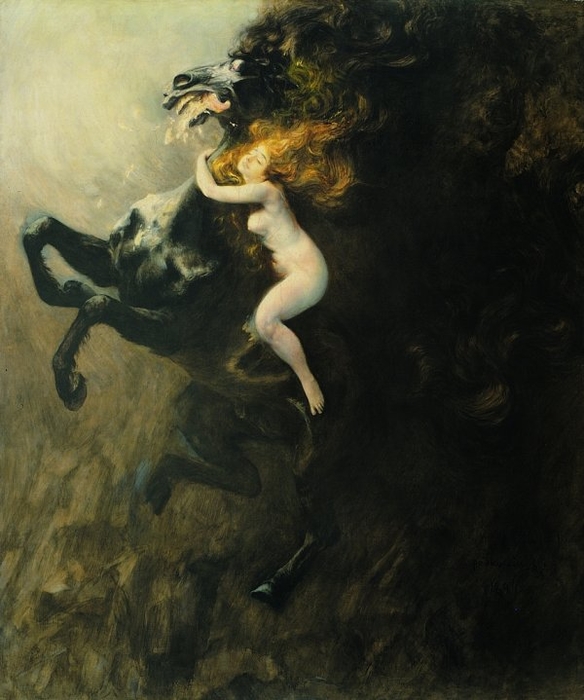 1893
Frenzy of Exultations, often called just 'the Frenzy' is probably Władysław Podkowiński's best-known oil painting.
The first public showing of the piece made it famous but also caused controversy. Its popularity was reinforced by the fact that Podkowiński destroyed the canvas, and it was renovated (after the painter's death) by Witold Urbański. The artist's mother lent the new painting to different galleries in Łódź, Kraków, and even Moscow and Petersburg. Finally Frenzy of Exultations was bought by Feliks 'Manggha' Jasieński in 1901 (for a thousand rubles), and three years later given to National Museum in Kraków, to which it belongs until now. Read more...

License:
Courtesy of the National Museum, Kraków
For more:
http://culture.pl/en/work/frenzy-of-exultations-wladyslaw-p…