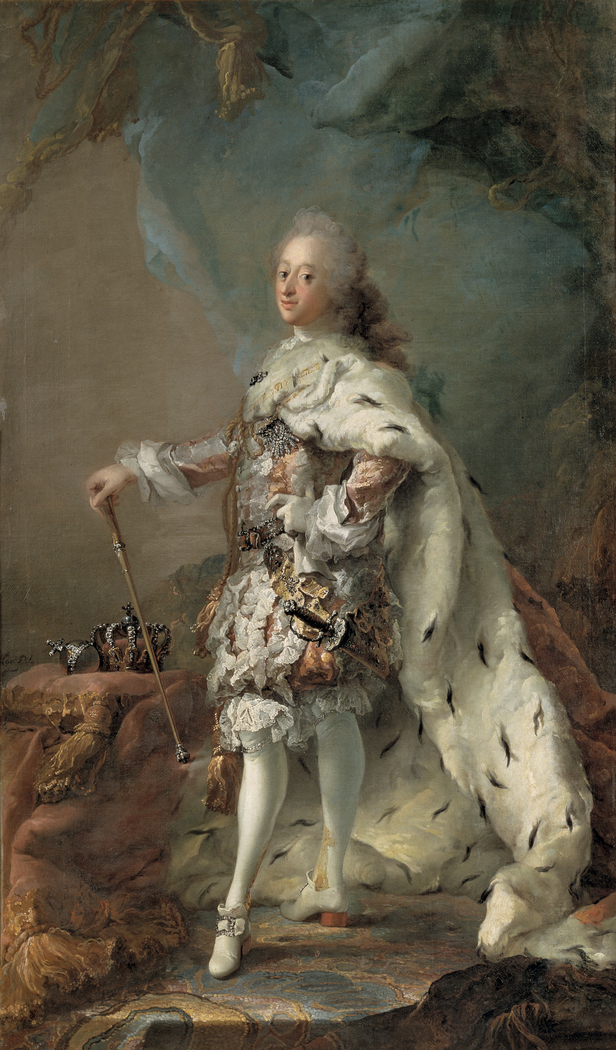 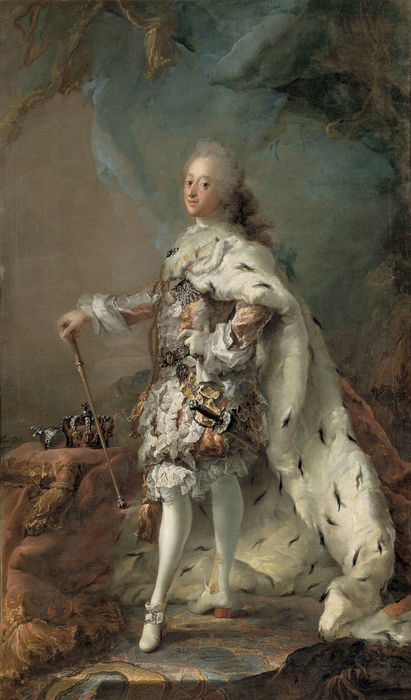 Frederik V in his Anointing Robes

1750
The Swedish artist C.G. Pilo became a court painter in the Danish royal household in 1747, the same year that Frederic 5. was anointed King. Pilo remained court painter until he left Denmark again in 1771.

In 1660 the Danish monarchy went from being an elective monarchy to absolutism, and Danish kings were anointed rather than crowned.

The anointing ceremony
During the ceremony, the king’s brow, chest, and right wrist were anointed, and indeed Pilo made reference to these specifics by letting the king’s brow catch the light and letting his right hand be ungloved.

An illustration of the monarch's immortality
The objective of the anointing was mainly to illustrate the immortality of the monarch irrespective of the fact that the ritual marked the accession of a new person to discharge the duties. The Crown was to be displayed in all its constancy and immutability. That is why King Frederic 5. is shown in a posture similar to the steps of the minuet, and Pilo presents both the symbols of the Throne and the details of the anointing ceremony.

The setting for all this pomp and circumstance appears to go beyond any specific site: the undulating patterns of the anointing curtain is repeated in the folds of the ermine cloak, which in turn merges with the profusions of clouds and draperies in the background.

License:
Courtesy of the National Gallery of Denmark
For more:
http://www.smk.dk/en/explore-the-art/highlights/carl-gustaf…