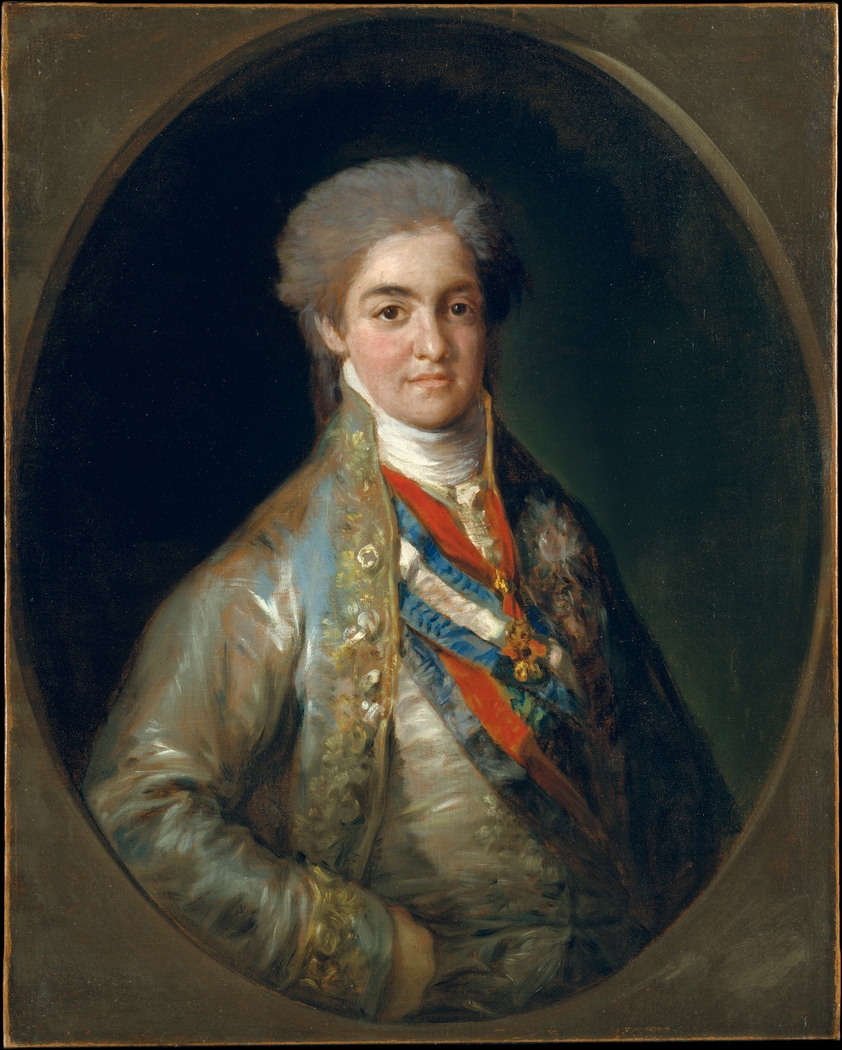 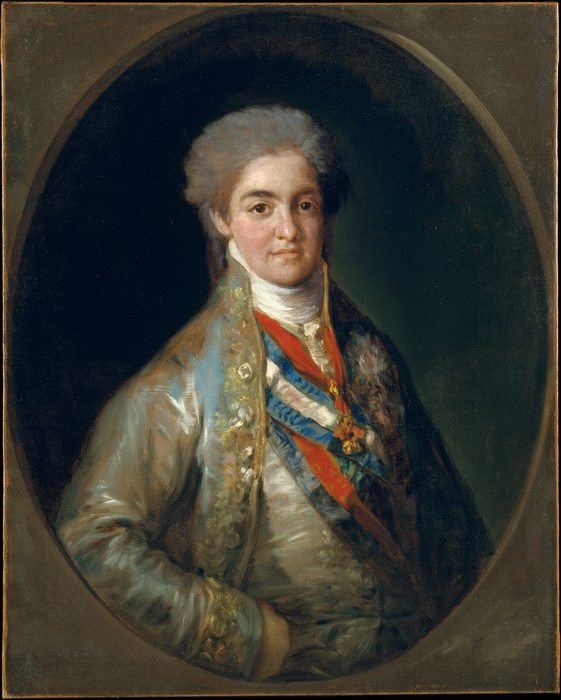 1800 - 1828
The sixteen-year-old Prince of Asturias wears the Spanish Hapsburg Order of the Golden Fleece, the French Bourbon Order of the Holy Spirit and the sash of the Spanish Order of Charles III.

Once viewed as a copy, the picture is now considered the original, full-scale oil sketch for Goya’s famous group portrait of the family of King Charles IV (Prado, Madrid). Like the other surviving studies for that work, attention focused on the head while the bust and costume were left unfinished. Subsequently another artist gave it a finished appearance and painted the oval surround. The picture belonged the sitter’s widow and to the dukes of Montpensier. (Source: The Metropolitan Museum of Art)

License:
Courtesy of The Metropolitan Museum of Art
For more:
https://www.metmuseum.org/art/collection/search/436551