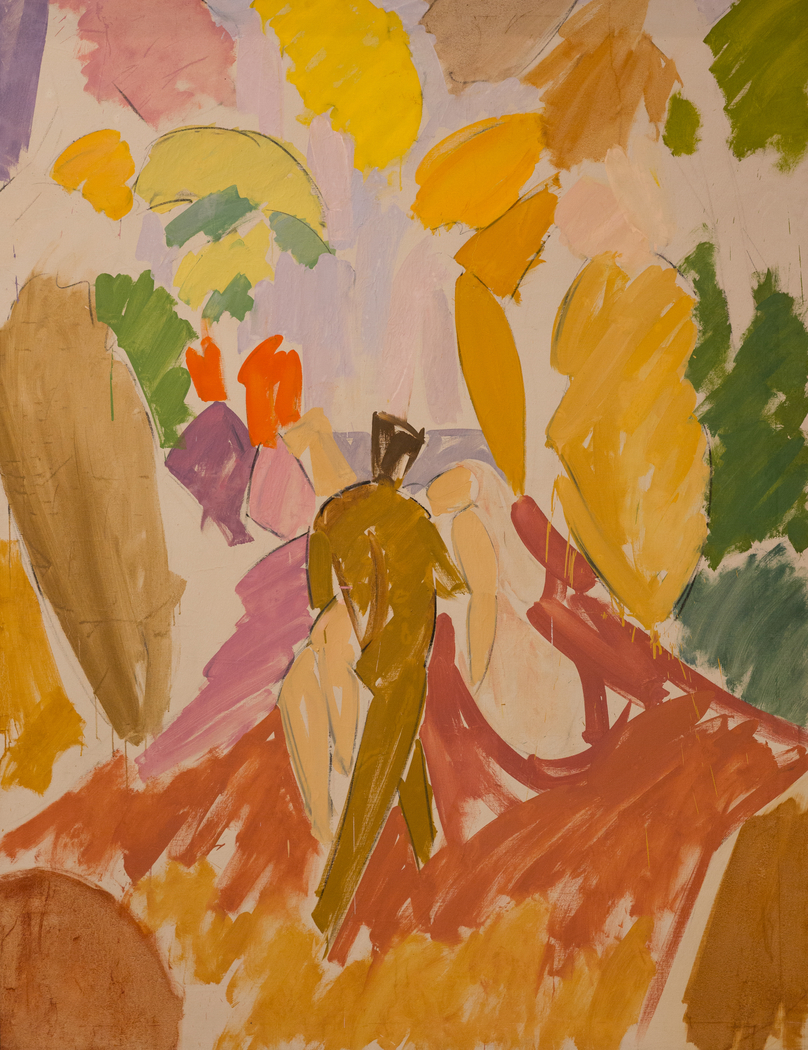 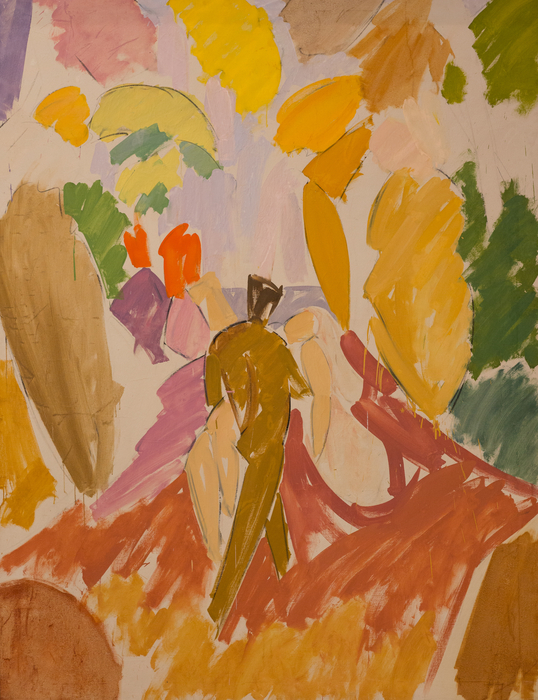 1940 - 1941
Faun and Nymph is the latest and most famous of Weie’s large-scale compositions. The picture was created in the summer of 1941, the last of Weie’s active years as an artist. It marks the end of his lifelong work with mythological and literary motifs.

Faun and nymph united
Weie got his subject matter from Paul Cézanne’s (1839-1906) painting The Abduction from 1867, but it also ties in with his own earlier mythological pictures where fauns and nymphs appear as the main characters. Here they are united: the faun, his back to us, carries his beloved, a nymph, towards the sea and the sky while she rests, yielding, in his arms.

Pure harmonies of colour
The idea for the landscape with the road leading towards the sea comes from Weie’s own landscape Mindet, Christiansø from 1912. In this late picture, however, the landscape has been simplified. The green leaves of the tree have been depicted as an almost crystalline structure composed of stringently defined fields of colour. All lines lead to the couple in the middle, drawing them into the picture: from the earth to the sea and further on into the sky. The picture marks the culmination of Weie’s ambition to compose a picture consisting entirely of pure harmonies of colour, serving here as accompaniment to an ideal image of the world where man and woman are united, where matter becomes spirit.

License:
Courtesy of The National Gallery of Denmark
For more:
http://www.smk.dk/en/explore-the-art/highlights/edvard-weie… 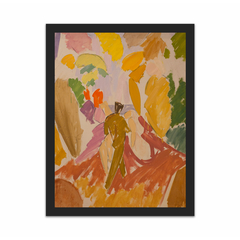