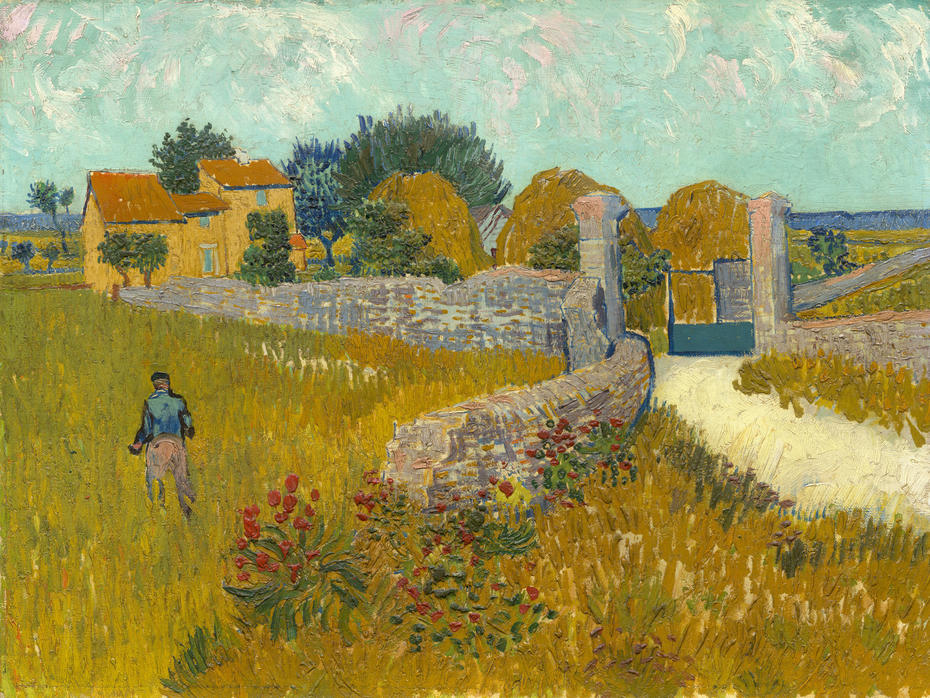 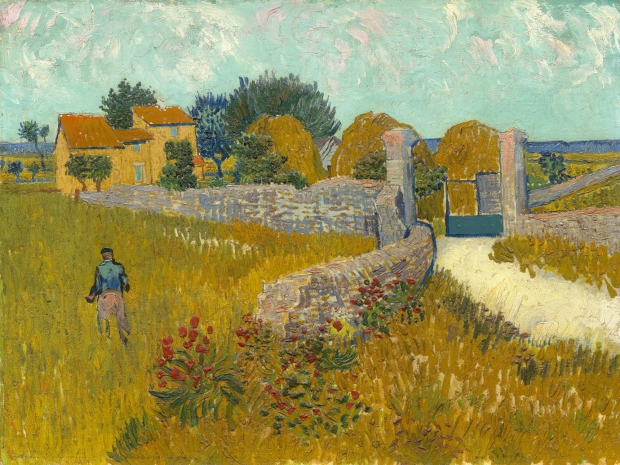 1888
Van Gogh arrived in Arles in February 1888, the landscape covered with snow. But it was sun that he sought in Provence—a brilliant light that would wash out detail and simplify forms, reducing the world around him to the kinds of flat patterns he admired in Japanese woodblock prints. Arles, he said, was "the Japan of the South." Van Gogh's time in Arles was amazingly productive. In about 15 months—just 444 days—he produced more than 200 paintings, about 100 drawings, and wrote more than 200 letters.

He described a series of seven studies of wheat fields: "landscapes, yellow—old gold—done quickly, quickly, quickly, and in a hurry just like the harvester who is silent under the blazing sun, intent only on the reaping." Yet he was also at pains to point out that these works should not be "criticized as hasty" since this "quick succession of canvases [was] quickly executed but calculated long beforehand."

Pairs of complementary colors—the red and green of the plants, the woven highlights of oranges and blue in the fence, even the pink clouds that enliven the turquoise sky—shimmer and seem almost to vibrate against each other. The impressionists used this technique to enhance the luminosity of their pictures. Pissarro, who helped introduce Van Gogh to these concepts, noted, "if I didn't know how colors behaved from the researches of...scientists, we [the impressionists] would not have been able to pursue our study of light with so much confidence."