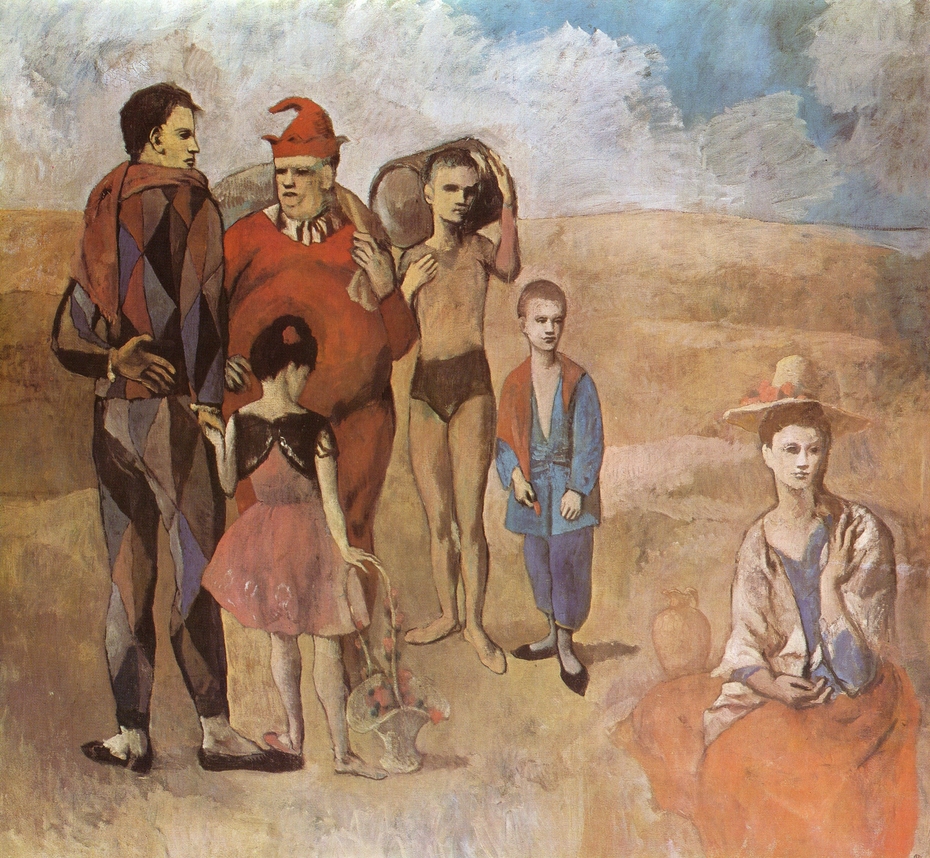 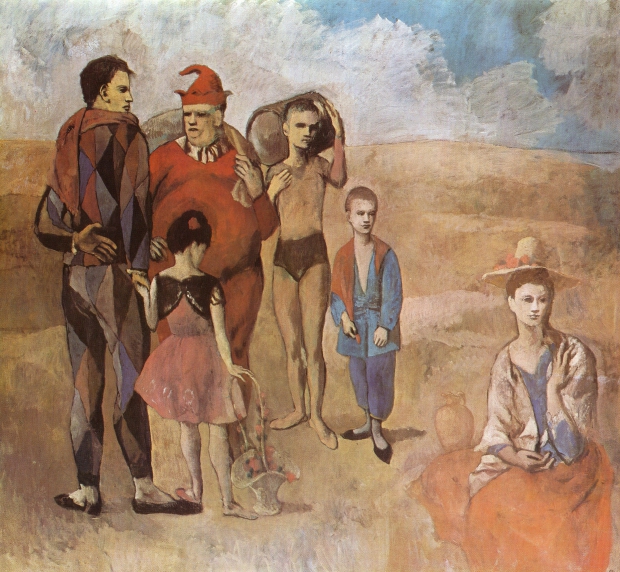 1905
From late 1904 to the beginning of 1906, Picasso's work centered on a single theme: the saltimbanque, or itinerant circus performer. The theme of the circus and the circus performer had a long tradition in art and in literature, and had become especially prominent in French art of the late nineteenth century. A more immediate inspiration for Picasso came from performances of the Cirque Médrano, a circus that the artist attended frequently near his residence and studio in Montmartre.

Circus performers were regarded as social outsiders, poor but independent. As such, they provided a telling symbol for the alienation of avant-garde artists such as Picasso. Indeed, it has been suggested that the Family of Saltimbanques serves as an autobiographical statement, a covert group portrait of Picasso and his circle.

Picasso reworked the Family of Saltimbanques several times, adding figures and altering the composition. The figures occupy a desolate landscape and although Picasso has knit them together in a carefully balanced composition, each figure is psychologically isolated from the others, and from the viewer. In his rose, or circus period, Picasso moved away from the extreme pathos of his earlier blue period, but in the Family of Saltimbanques, the masterpiece of the circus period, a mood of introspection and sad contemplation prevails.

License:
All rights reserved. Exhibited on USEUM with the permission of the rights owner.
For more:
https://www.nga.gov/collection/gallery/20centpa/20centpa-46…