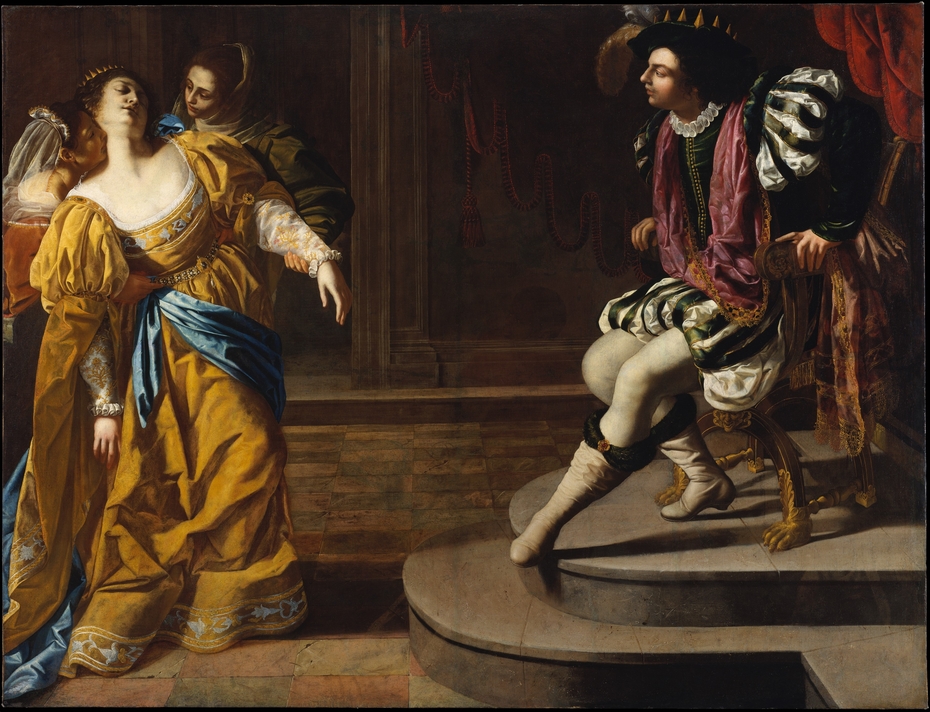 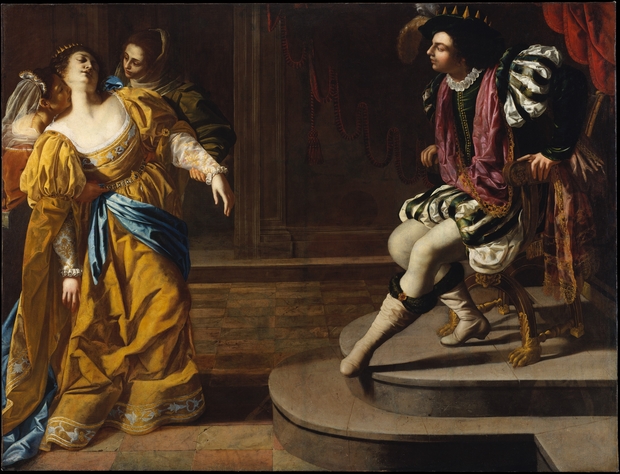 1613 - 1654
The most famous woman painter of the seventeenth century, Artemisia worked in Rome, Florence, Venice, and Naples. This painting, among her most ambitious, recounts the story of the Jewish heroine Esther, who appeared before King Ahasuerus to plead for her people, breaking with court etiquette and risking death. She fainted in the king’s presence, but her request found favor. The story is conceived not as a historical recreation but as a contemporary theatrical performance. Initially Artemisia included the detail of a black boy restraining a dog—still partly visible beneath the marble pavement, to the left of Ahasuerus’s knee. (Source: The Metropolitan Museum of Art)

License:
Courtesy of The Metropolitan Museum of Art
For more:
https://www.metmuseum.org/art/collection/search/436453