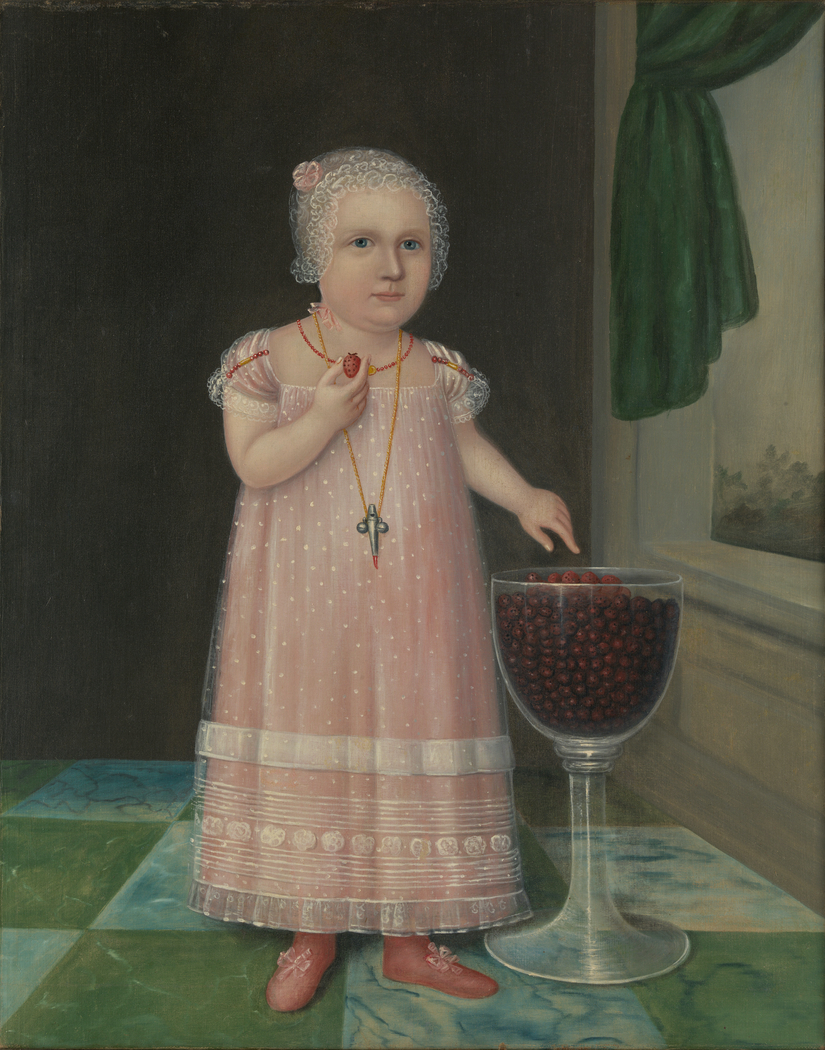 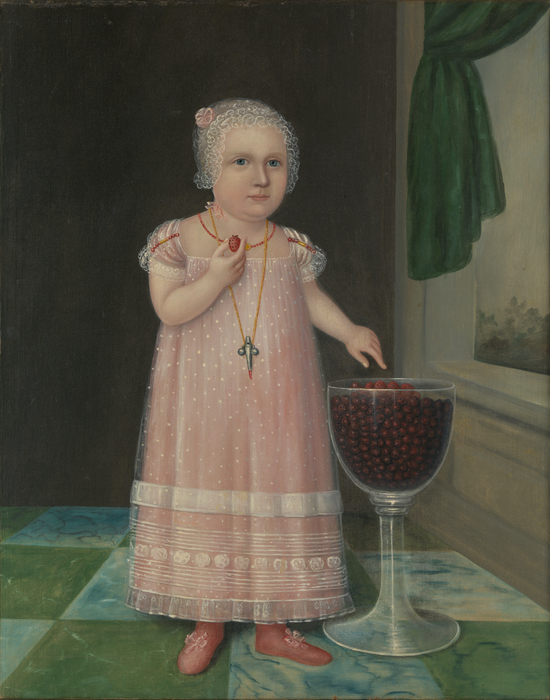 1805
This compelling portrait of a Maryland toddler is widely regarded as an icon of American folk painting. Included in numerous international exhibitions since its discovery in the late 1950s by Edith Halpert, then New York’s leading dealer of folk and modern art, it is now accepted as an important work by Joshua Johnson, the earliest known professional African American painter. Son of a White man and an enslaved mother of color, Johnson apprenticed to a blacksmith before securing his freedom in 1782, becoming part of Baltimore’s large free Black population.

"Emma Van Name" is arguably his most ambitious and engaging portrait of an individual child. Revealing the hallmarks of the presumably self-taught artist’s characteristic style, the painting is distinguished by a bravura demonstration of his talents in its nuanced palette, compositional complexity, and deft handling of details, especially in the child’s dress and demeanor. The portrait’s combination of naturalist precision and imaginative flair underlies the particular appeal of historical folk painting to early twentieth-century modernists.

License:
Courtesy of The Metropolitan Museum of Art
For more:
https://www.metmuseum.org/art/collection/search/701989