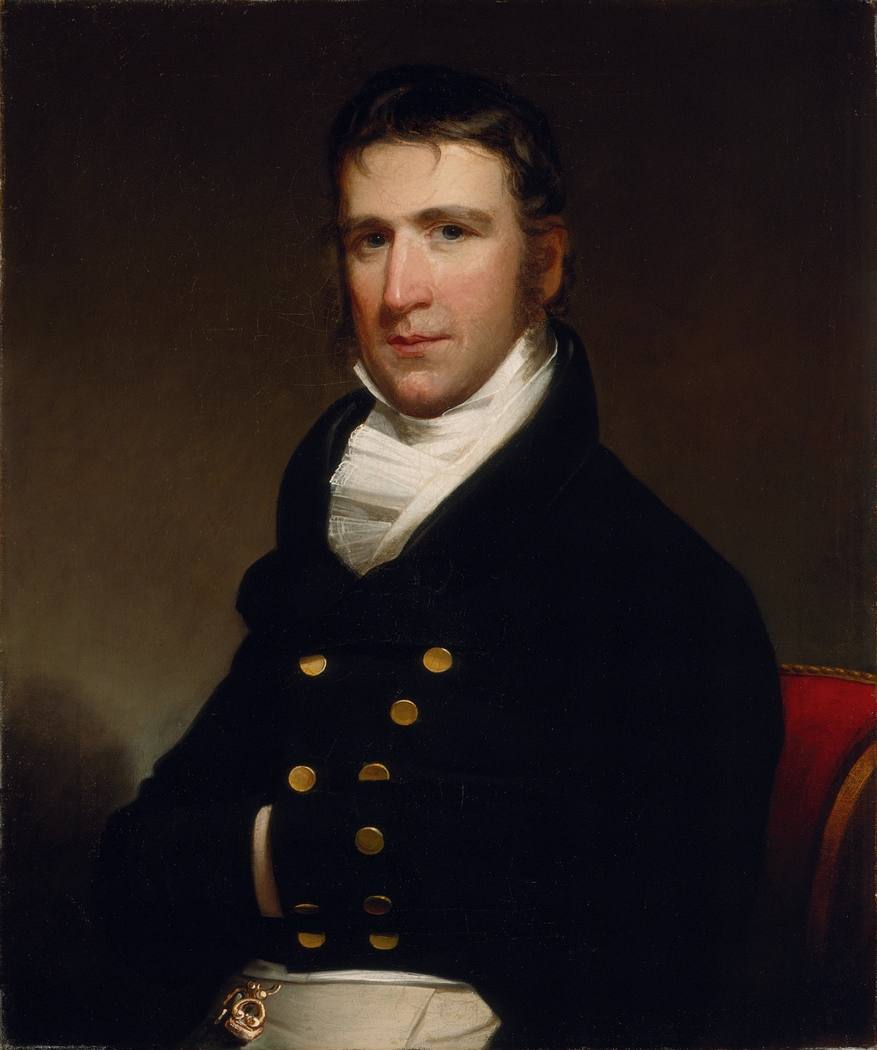 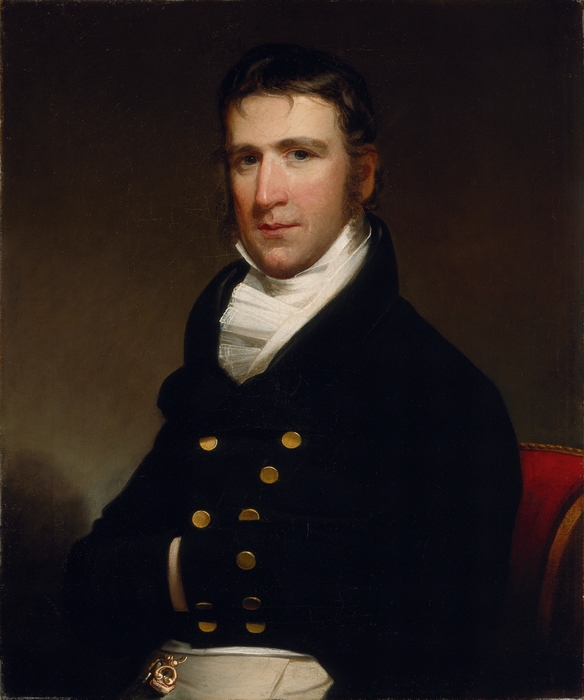 The art of the early Federal period did not greatly differ from that of the late colonial era. Portraits dominated the small field of painting. Victories on land and at sea in the War of 1812 brought the fledgling democracy greater confidence and new national pride. By 1829, when Andrew Jackson assumed the presidency, the foundations for an independent culture were securely laid. The philosopher-poet Ralph Waldo Emerson expressed the mood of the country in 1837: “our day of dependence, our long apprenticeship to the learning of other lands, draws to a close.” The following decades would bring a swell of artistic creativity, focused on native themes that extolled the seemingly limitless bounty of the New World.
Portraiture, and to a lesser extent history painting, continued to occupy American artists, but increasing numbers turned to views of the local countryside and its inhabitants. Although the industrial revolution only began in the United States after the War of 1812, the following three decades witnessed economic changes, especially in the north, that significantly affected working conditions, family structure, and even religion. Paintings illustrated American virtues like ingenuity and industry as well as the pleasures of country life. The new taste for genre pictures—scenes of ordinary people involved in everyday activities—seemed ideally suited to the egalitarian attitude of the Jacksonian era.

This period also saw the rise of the country’s first truly national school of landscape painting, ultimately known as the Hudson River school. Its earliest, best-known exponent, Thomas Cole, sometimes painted romantic literary subjects in European settings, but his dramatic depictions of the American wilderness helped spur the popularity of American views. As the country developed, paintings of uninhabited wilderness were replaced by views of farms, towns, and factories, but American artists retained their sense of awe about the land.

License:
Courtesy of the Los Angeles County Museum of Art
For more:
https://collections.lacma.org/node/224905