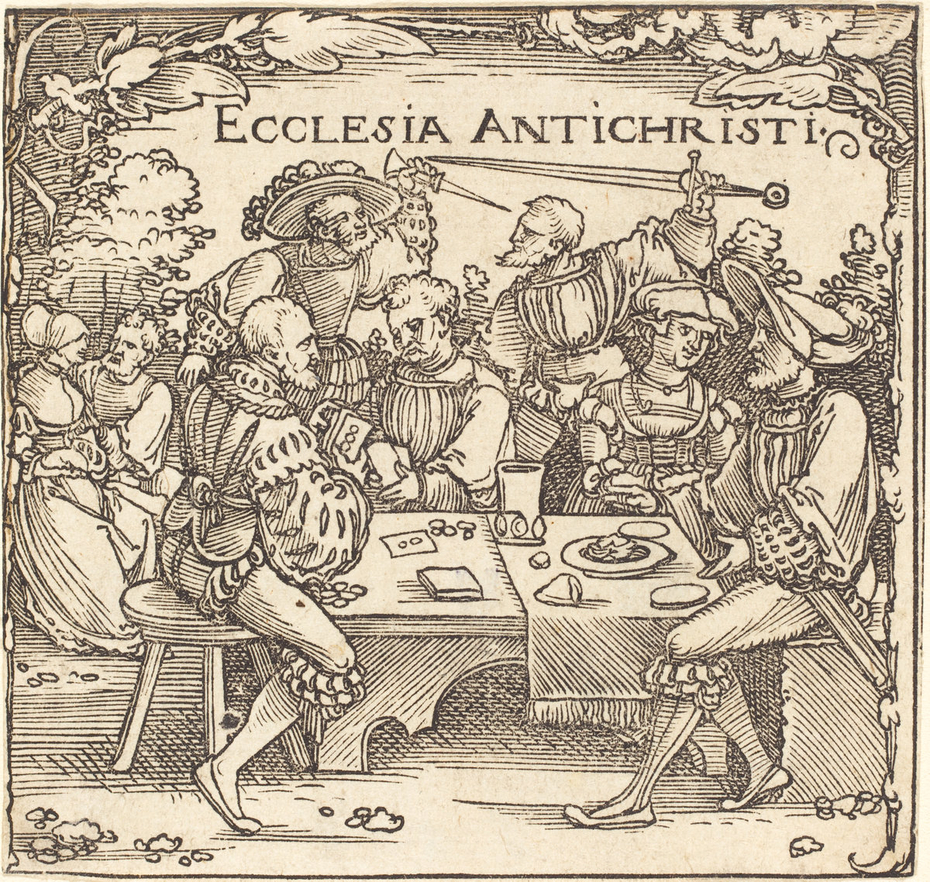 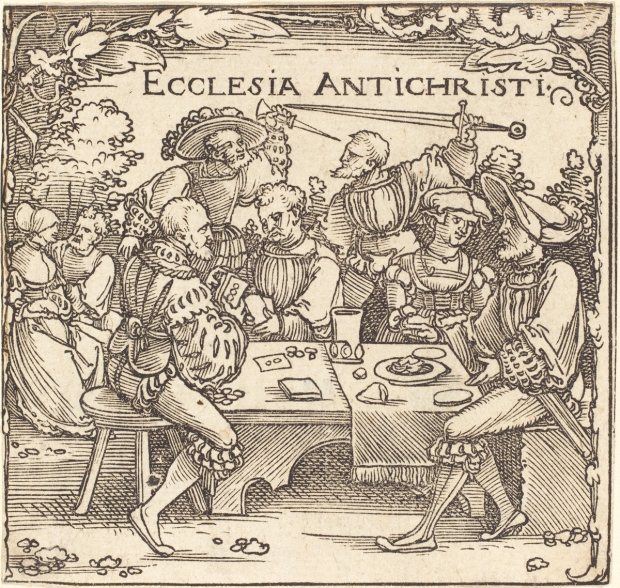 As the title suggests, this woodcut by Sebald Beham is supposed to be a kind of visual guide to the Church of the Antichrist. The scene depicted illustrates the vices that were apparently common in the Antichrist's community. The couple on the far left of the image seem to be engaging in some kind of lustful activity; the two men seated at the left of the table are gambling (we can see the cards and coins); the men behind are fighting. In the time of the Reformation, when the woodcut was made, Protestant reformers sometimes identified the Catholic Church as The Antichrist's Church, so the print may be a critique of Catholicism.