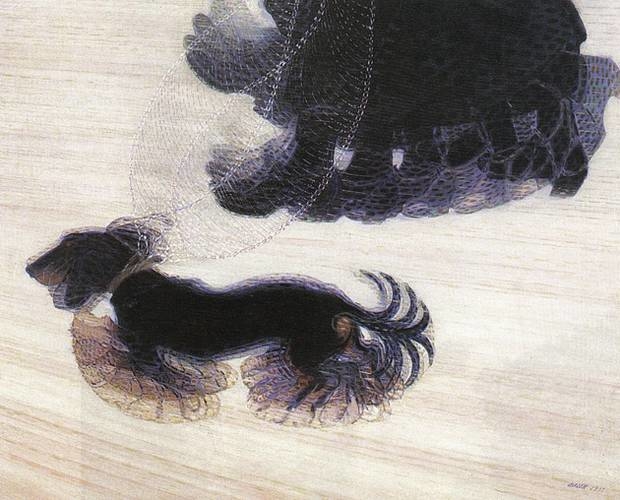 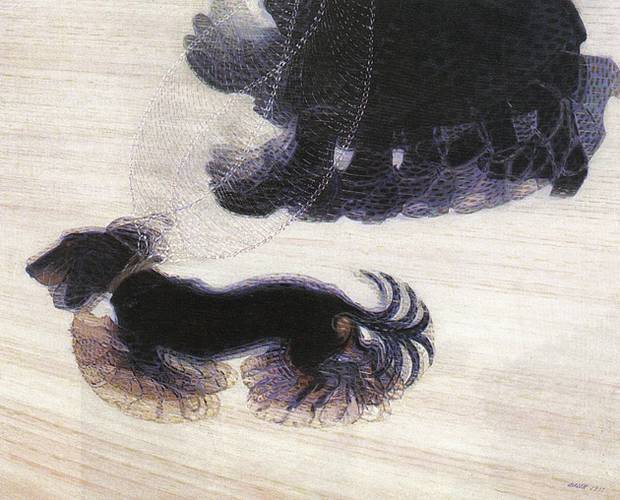 Dynamism of A Dog on a Leash

"A lady is walking a dog; a widow and her pet. The lady has roughly 15 feet, variably solid and see-through. The dog has eight countable tails, while its legs are lost in flurry of blurry overlays. Four swinging leads go between them. The picture's sense of movement (if that is what it actually is) is created out of stark black forms and weird flowing lacey veils.

Even without these multiplication and motion effects, Dynamism of a Dog on a Leash would be doing something that's novel. There aren't many previous paintings that present us with such an abrupt close-up. Balla takes the kind of subject that Impressionism had specialised in, a street scene with bourgeois promenaders, but he picks out only a single detail, an almost randomly chosen clip, and makes it the focus of the whole picture."

License:
Image may be subject to copyright
For more:
http://www.independent.co.uk/arts-entertainment/art/great-w… 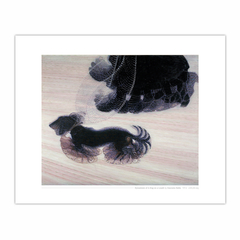