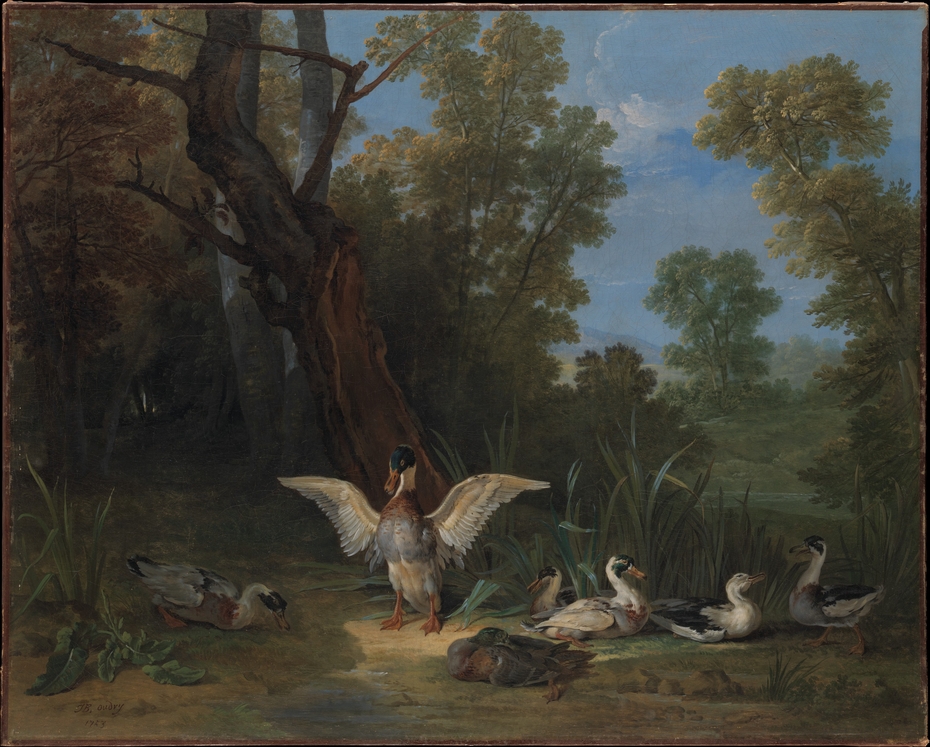 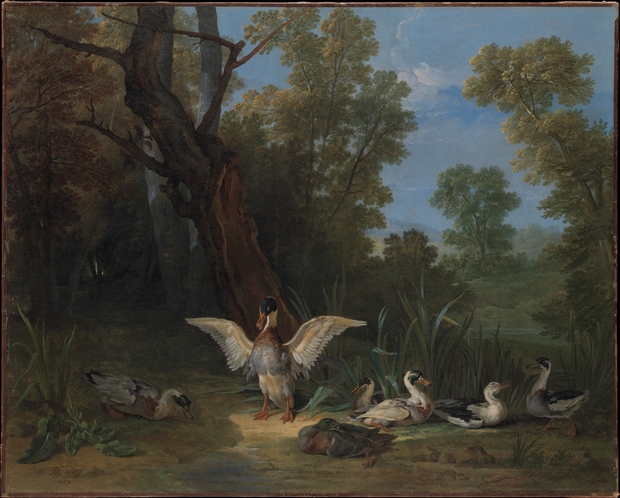 1753
This picture and Dog Guarding Dead Game (71.89) were exhibited in the Salon of 1753, the last in which Oudry participated. The two, while not conceived as pendants, were hung together by the collector Ange Laurent de La Live de Jully. Oudry made his reputation painting Louis XV's hunts and royal animals.

Celebrated as a painter of still lifes and particularly of animals, Jean Baptiste Oudry often drew and painted sketches outdoors, working directly from nature. According to his biographers at the Académie Royale de Peinture et de Sculpture, he not only made repeated visits to the forests around Paris, but traveled to Dieppe to see the freshest fish. The seven ducks Oudry depicts here are set in a carefully observed landscape. Although many of his settings are recognizable places, this is likely an invented location.

License:
Courtesy of the Metropolitan Museum of Art
For more:
https://www.metmuseum.org/art/collection/search/437235