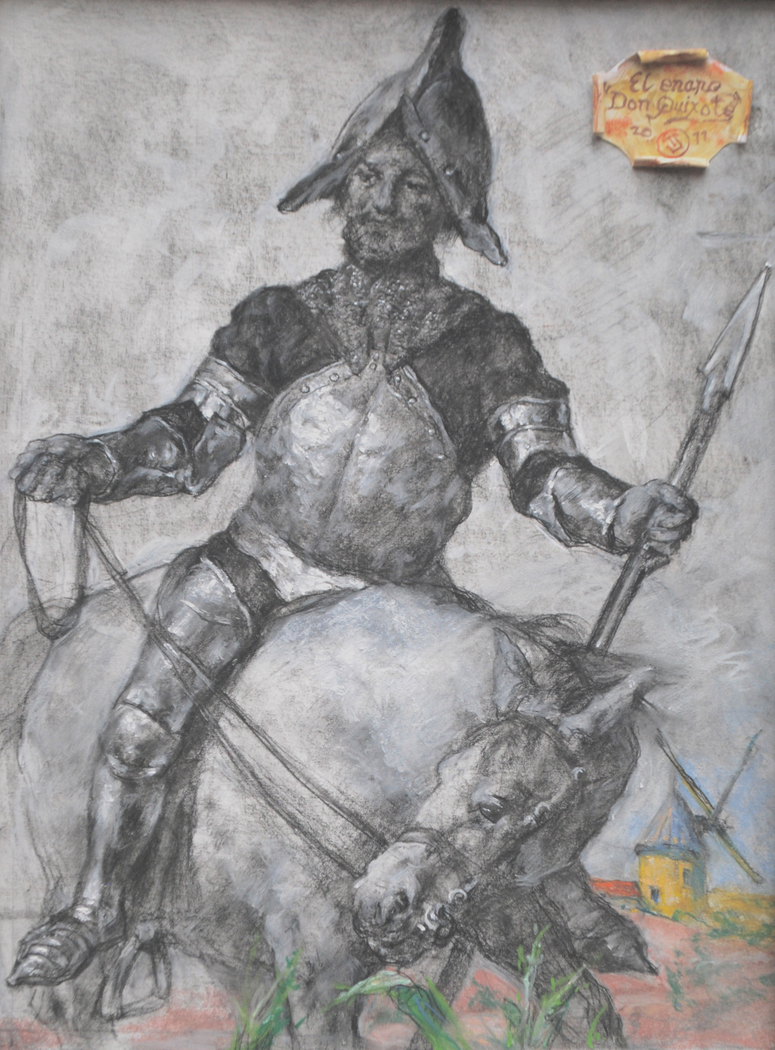 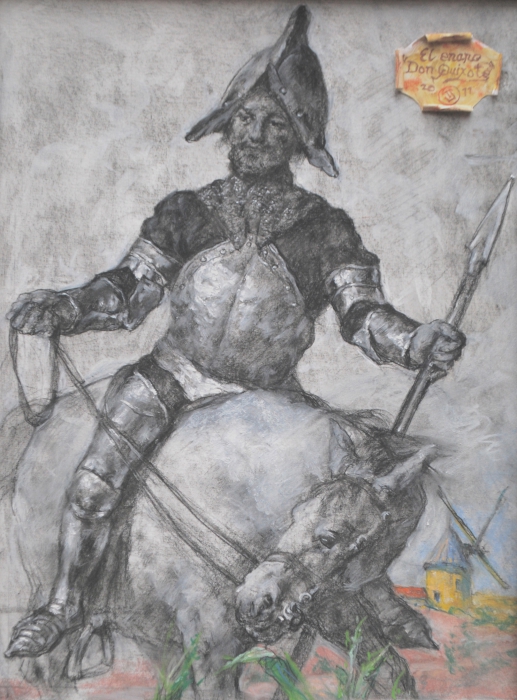 2013
"I did a series of drawings of costumes on mannequins from a costume house. The drawings are nt very big, about 14 inches high. One is a costume for Cyrano de Bergerac, and another for Don Quixote. Because the format was so small, I decided to make believe that these personages were dwarfs who fantasisded they were those two. They are done in pastel. Then I could draw the heads big enoughto do the details. The costume house had a wondeful theatrical suit of armor, with brilliant highlights. On the right of Quixote i glued ascrollof paper with an inscription, "El enano Don Quixote." Enano is a dwarf.
The armor was on a mannequin. Everyhing else is from imagination." Ted Seth Jacobs