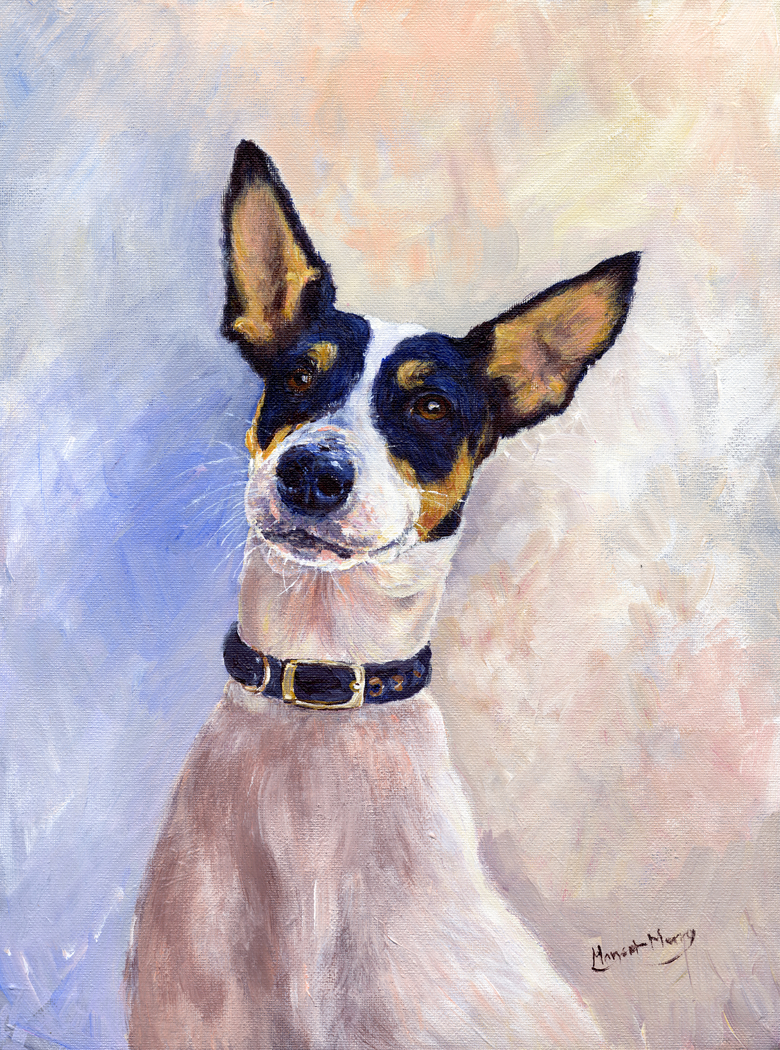 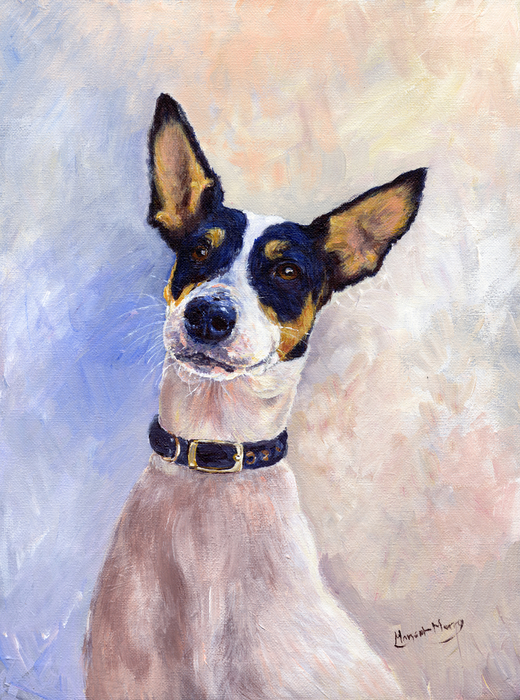 2015
A complete change. I decided to paint a portrait of my dog, Daisy. I took some photos of her to capture the pose I wanted but it was so useful to have her around to call upon as a live model when I needed to refer to her. Daisy is a Ratonero Bodeguero Andaluz, Andalucian wine cellar ratter. In the 18th Century, when the taste for sherry reached Britain, British wine merchants brought over to southern Spain small white terriers, descendants of the English Fox Terrier, to keep down the rats in the vast bodegas in western Andalucia. These were mixed with similar local dogs to produce the Ratonero Bodeguero Andaluz which is now recognised as a native Spanish breed. The Bodeguero is a lot taller and more agile than the similar Jack Russell as it needed to be able to scamper over and around the huge wine barrells. It is also mostly white so it could be seen in the dark, unlit bodegas, although it should have a black and tan mask covering eyes and ears. They were kept in the wine cellars at night but would accompany the farmers out hunting during the day. They are a tireless and very active breed. Fortunately, in the Parque Natural de Cabo de Gata where we live, we are surrounded by mountains, cliffs and beaches so she gets plenty of exercise.
The medium is acrylic on canvas.
The image size is 400mm x 300mm.
All enquiries: mmerry44@ymail.com

License:
All rights reserved. Exhibited on USEUM with the permission of the rights owner.
For more:
https://margaretmerrypaintings.wordpress.com/2015/09/08/dai…