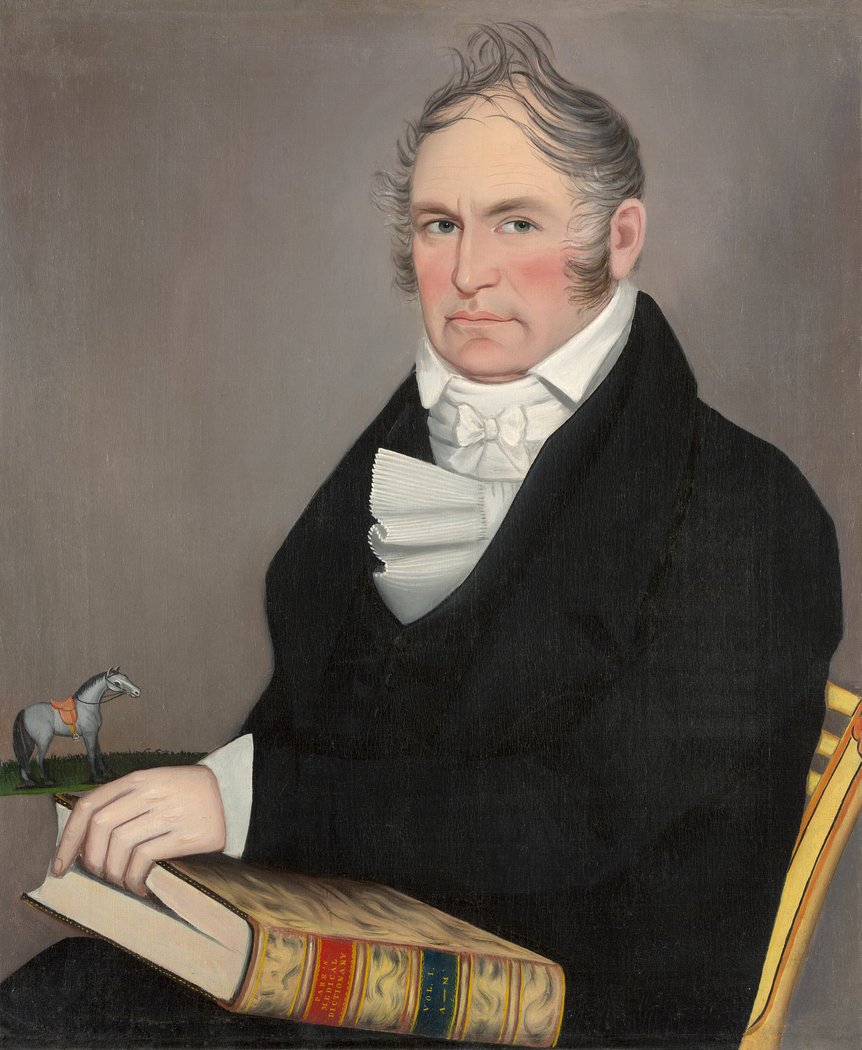 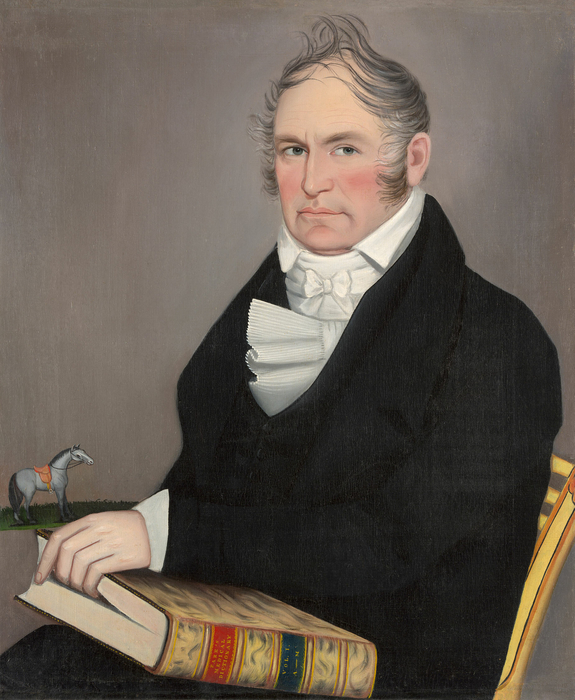 1821 - 1822
As the wealth and population of western New England increased, individuals wished to record their success by preserving their own or their family members’ likenesses for posterity. With this increased demand, talented sign painters such as Ammi Phillips saw new opportunities. Phillips taught himself to be a limner—a painter of portraits. By 1811 he had learned painting techniques from other Connecticut limners, who executed full-length, three-quarter, and bust portraits on canvas, wood, and glass. Phillips began to use conventional poses adopted from European prints and became one of the most successful portraitists of the middle and upper classes in rural New England, plying his trade in Connecticut, Massachusetts, and New York.

Here Phillips depicted Dr. Cornelius Allerton seated in a painted chair against a somber, gray background. Although the sitter’s face is relatively unmodeled, the artist’s careful rendering of detail captures a sense of his individuality. The inclusion of a volume of Parr’s Medical Dictionary conveys Allerton’s profession, while a tiny horse in the distance may suggest his financial status. Itinerant painters such as Phillips were often commissioned to portray several members of a family; in this case, Phillips also completed portraits of Allerton’s mother (1946.395) and mother-in-law (Connecticut Historical Society, Hartford). This painting was given to the Art Institute by Robert Allerton, the sitter’s grandson and an important benefactor of the museum. (Source: Art Institute of Chicago)