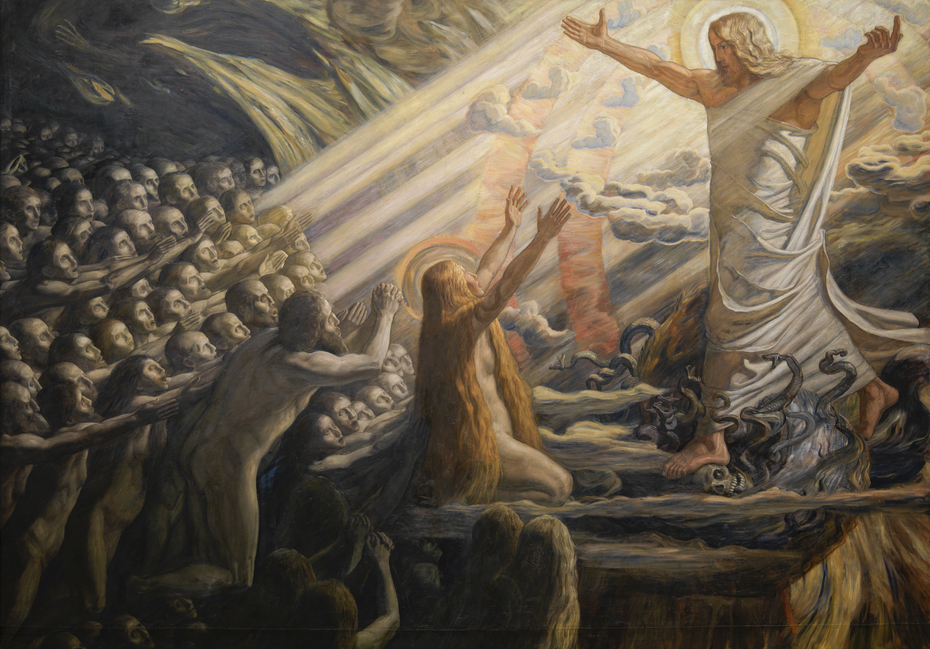 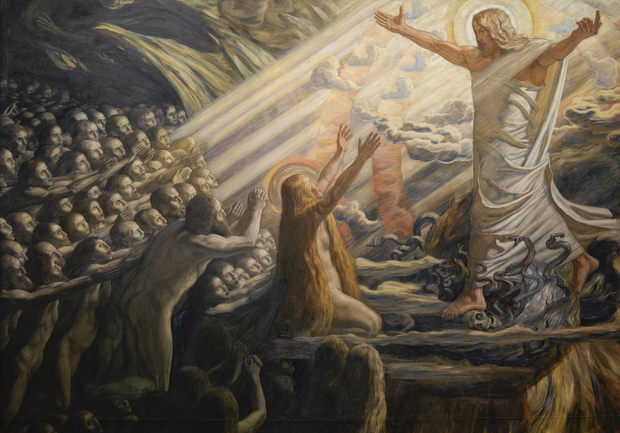 Christ in the Realm of the Dead

1891 - 1894
After the Crucifixion, Christ descends into the Realm of the Dead on Easter Eve to release the lost souls. With Adam and Eve at the front, the nameless dead reach out to the lightbringer who crushes the symbols of death and evil underfoot while a dark figure flees the light in the top left corner.

The literary basis for this scene was N. F. S. Grundtvig’s (1783-1872) new version (1837) of Caedmon’s Old English poem about the storming of Hell, I Kvæld blev der banket på Helvedes Port (Tonight there was a Knocking at the Gates of Hell). Skovgaard regarded his work as an artist as a calling, and his task was to let great art work as convincingly as possible for the dissemination of Christianity and the work of God.

Working out of deeply anchored personal beliefs, Skovgaard insists on depicting Christ as an almighty force that can still fight titanic battles for the sake of mankind. Mobilising the pathos and compositional dynamics of the grand style of art and combining it with his own sense of simple, decorative lines, Skovgaard not only creates an image of rare power and conviction, he also offers his personal take on how ”the grand style” could still generate relevant and interesting artistic statements.

The realm of the dead – with its anonymous throng of cadaverous beings crowding towards the light of deliverance after long years of darkness – may be Skovgaard’s allegory of his times, a period full of doubt and insecure fumbling.

License:
Courtesy of the National Gallery of Denmark
For more:
http://www.smk.dk/en/explore-the-art/highlights/joakim-skov…