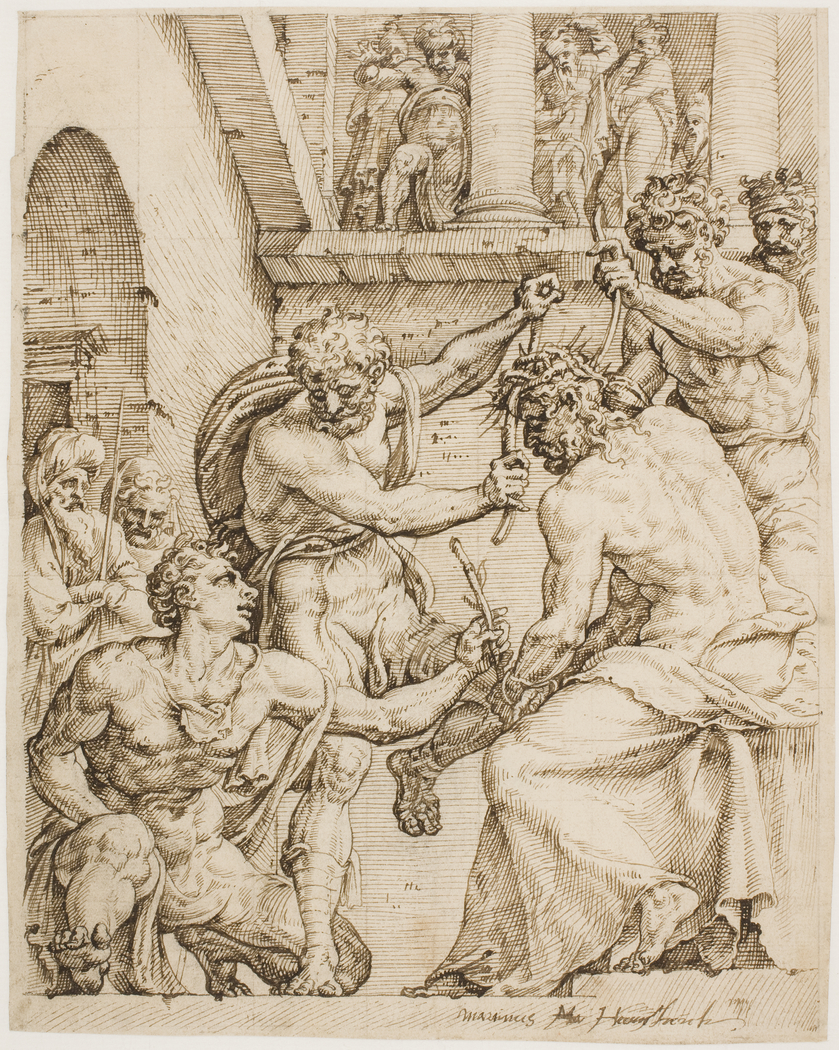 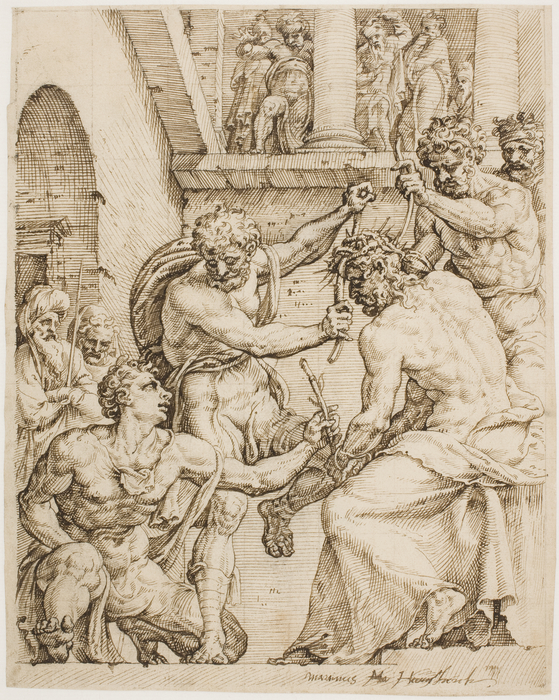 Christ Being Crowned with Thorns

This drawing is one of many studies for a series of etchings, the exact number of which remains a bone of contention among scholars. One expert lists 24 prints, another 28.

No direct link between the series' drawings
Apart from a certain motivic consistency, there is no direct link between the drawings in the series. There are no cliffhangers to maintain suspense until the end. And indeed, the spectators’ familiarity with the good old Biblical tales would undoubtedly impede any attempt at making surprising plot twists. The pictures are tableaux with moralising intentions.

The dramatic culmination
A common feature of Heemskerck’s narrative drawings is the fact that they depict a dramatic culmination intensified by the stylistic transition from the Italian High Renaissance to the Northern European Mannerist style. Many of the muscular backs, bearded prophet-like figures and voluptuous Sibyls are taken directly from Michelangelo, the much admired counsel of perfection.

Here, however, the figures have been placed in rooms of crooked angles and distorted perspectives, threateningly closing themselves around the actors, many of them apparently suffering from lumbago or sciatica, who at one moment appear to be sliding towards the spectator, only to tumble in the opposite direction next – as in this picture. It almost seems as if the violent force with which the crown of thorns is wrenched into space provokes the fall.

License:
Courtesy of the National Gallery of Denmark
For more:
http://www.smk.dk/en/explore-the-art/highlights/maerten-van…