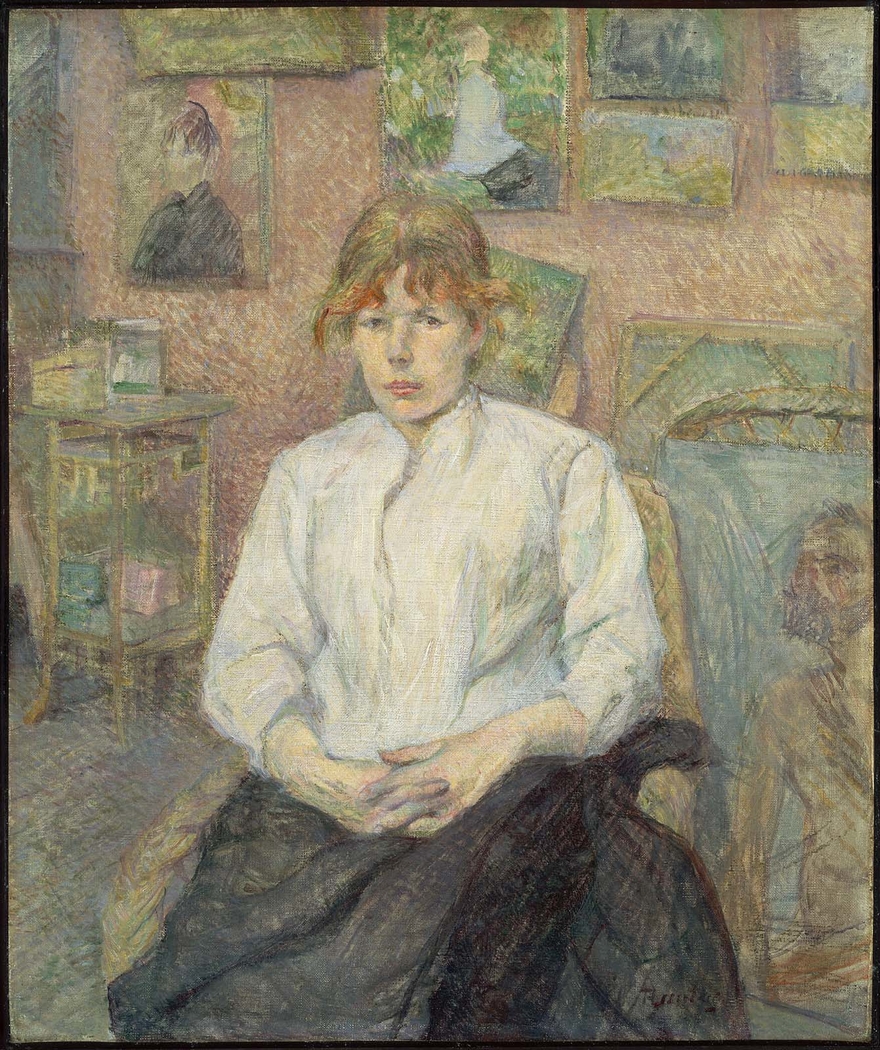 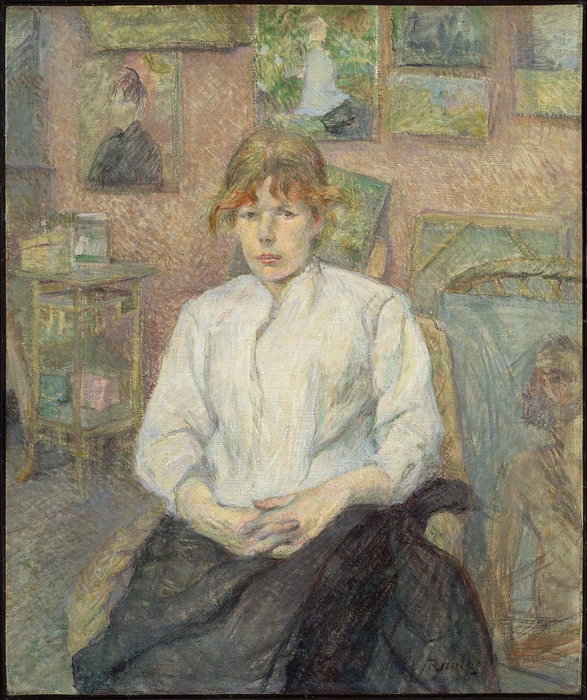 Carmen Gaudin in the Artist's Studio

1888
Van Gogh probably met the young Henri de Toulouse-Lautrec soon after his arrival in Paris, through students of the academic painter Cormon. Lautrec was soon to become a leader of a circle of artists who congregated in the neighborhood of Montmartre, a group including van Gogh and Emile Bernard. After he left Paris, van Gogh would comment on the difference between his sunburnt peasants painted in the south of France and the powdered complexions of Lautrec’s Parisian women. [source]