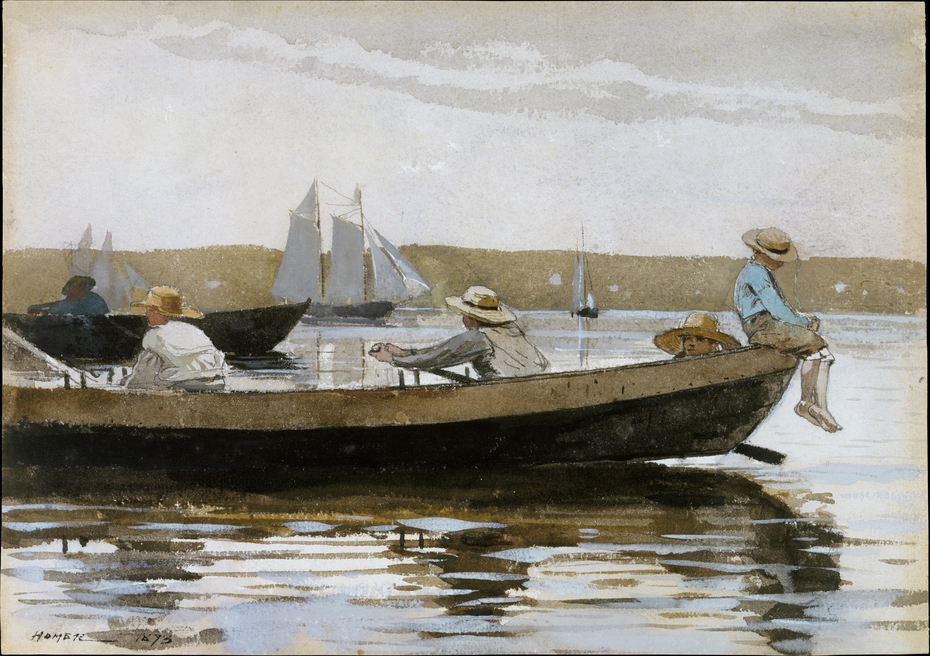 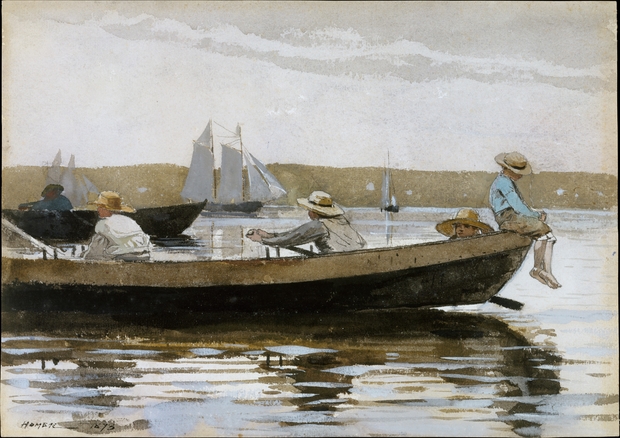 Boys in a Dory

1873
This charming sheet dates from the first phase of Homer's professional work in watercolor. Having visited a landmark exhibition sponsored by the American Society of Painters in Water Colors in New York, Homer spent the summer of 1873 in Gloucester, Massachusetts, the picturesque fishing port on Cape Ann, north of Boston. There, he undertook a series of small-scale watercolors depicting boys and girls rowing dories, sitting on the wharves, involved in modest tasks, or playing on the beach. These delightful images of childhood pastimes echo in subject and handling his oils of the same period, including the Museum's much-appreciated "Snap the Whip" (1872; acc. no. 50.41).

Homer's early watercolors are simple and direct, reflecting the innocent, idyllic nature of his subjects. They also reveal his cautious approach to the new medium, in that they feature washes of color carefully applied within pale pencil outlines and much opaque pigment. Nonetheless, "Boys in a Dory," in particular, demonstrates Homer's ability to capture the scintillating effects of dazzling sunlight, rippling water, and luminous atmosphere in boat-filled Gloucester Harbor. Such effects predict the brilliance of his later travel watercolors, grand sheets that validate his prediction: "You will see, in the future I will live by my watercolors." (Source: The Metropolitan Museum of Art)