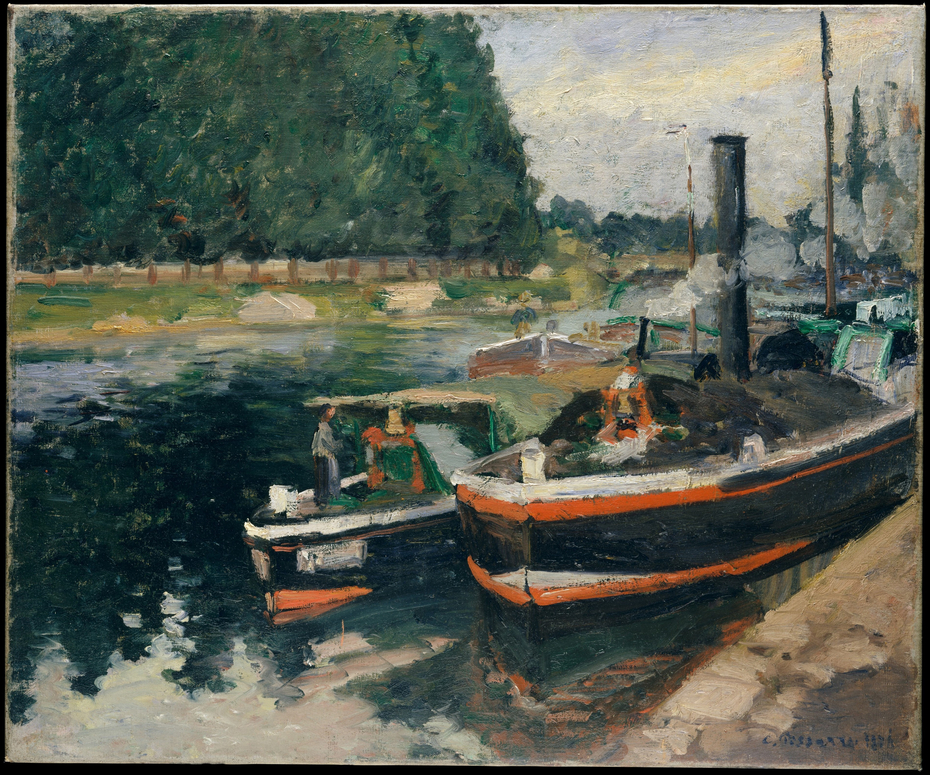 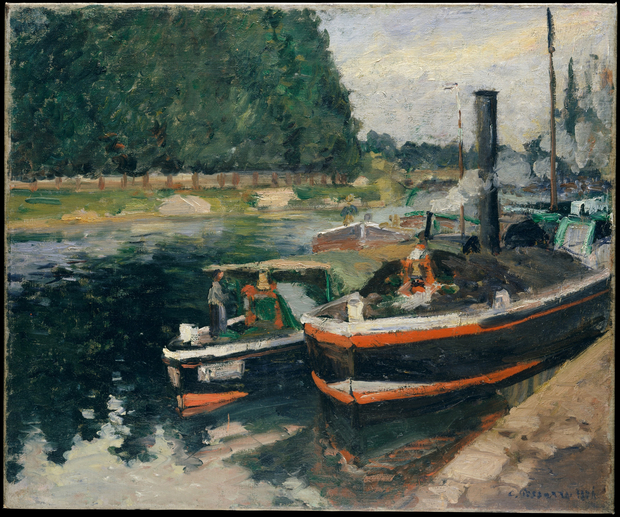 1876
In 1876 Pissarro undertook several views of the barges that transported goods along the Oise River to the bustling port of Pontoise, the town where he lived for many years. This canvas is the only one to show the boats up close, vividly accented with bold strokes of orange and green. So free is the handling that it is difficult to discern the figure on the prow of the barge at the left. Pissarro would return to this subject two decades later, in his scenes of the port traffic in Rouen and Paris (58.133, 1980.21.1). (Source: The Metropolitan Museum of Art)

License:
Courtesy of The Metropolitan Museum of Art
For more:
https://www.metmuseum.org/art/collection/search/437302