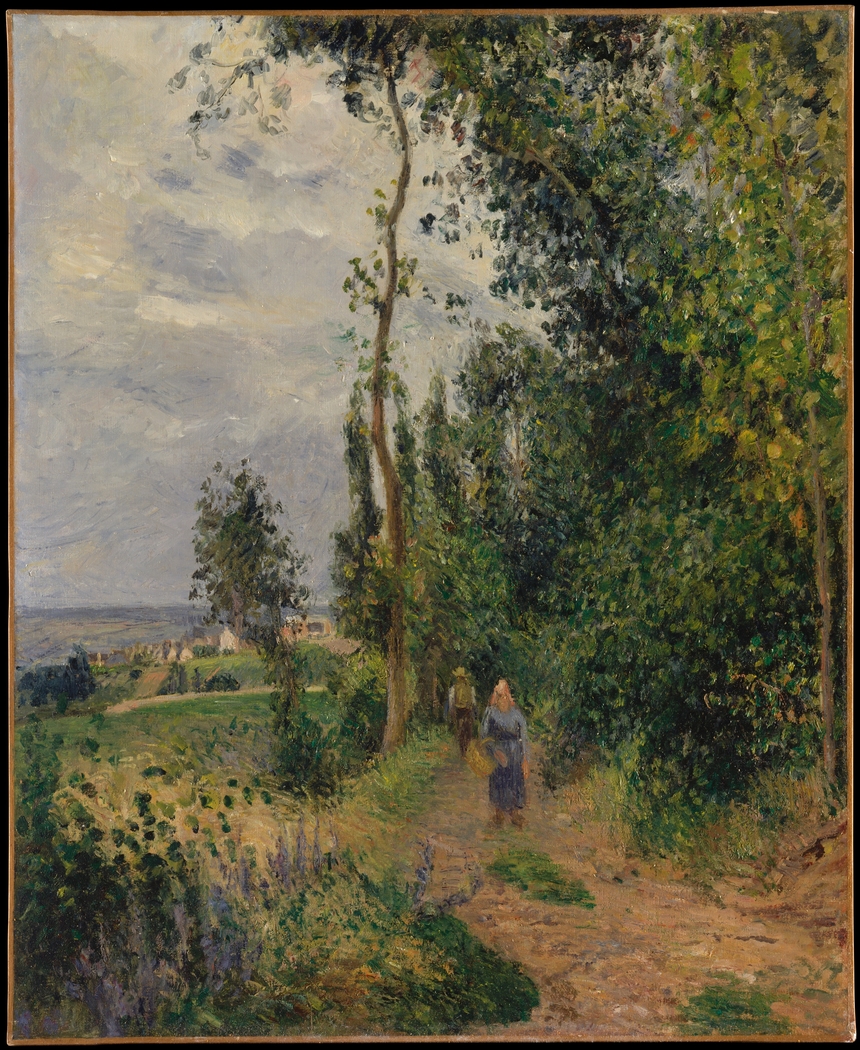 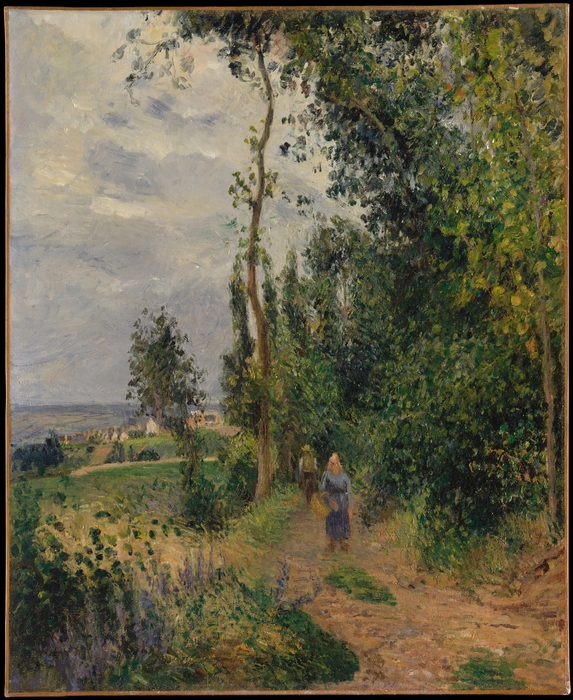 1878
The patch of purple flowers at the lower left adds a sprightly note to this canvas, which probably dates to the spring of 1878. Featuring strollers on a path, it is typical of Pissarro’s views of Pontoise and its surroundings, almost all of which show the peasants who worked the land or lived in the village. Pissarro painted in the region for almost two decades, beginning in 1866; the site of this scene was identified by his son, Ludovic-Rodo, although it cannot be pinpointed today. (Source: The Metropolitan Museum of Art)

License:
Courtesy of The Metropolitan Museum of Art
For more:
https://www.metmuseum.org/art/collection/search/437316