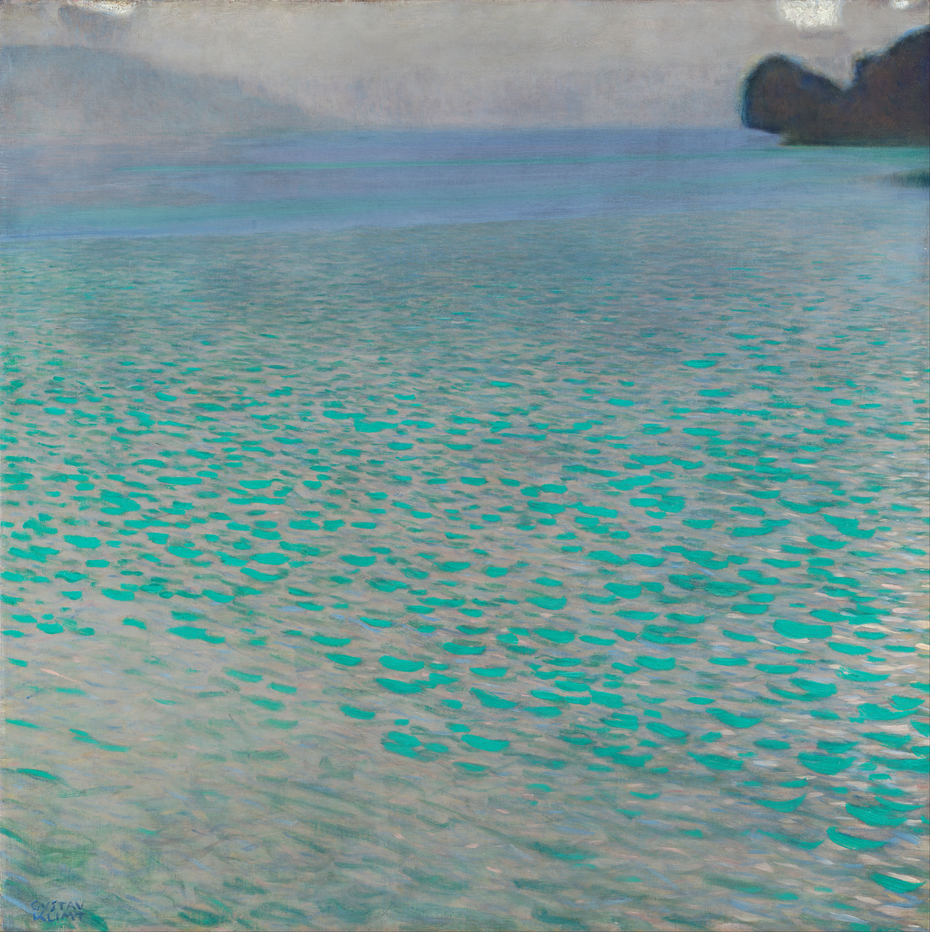 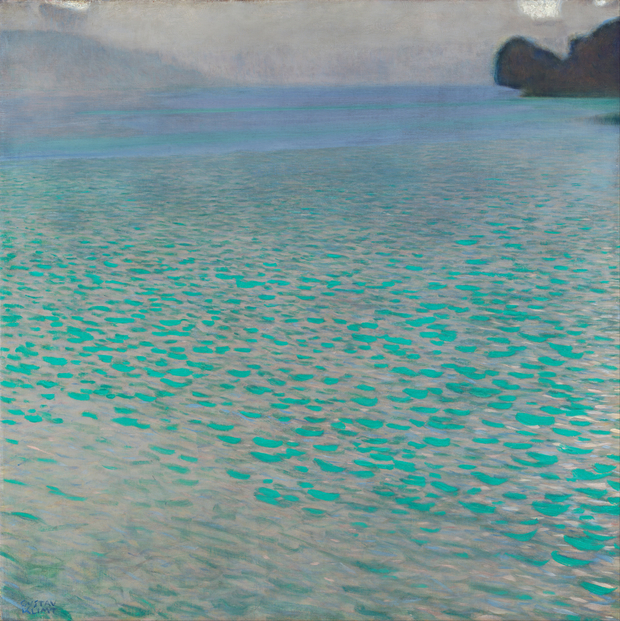 1900
A “frame filled with lake water” is what one contemporary art critic called Gustav Klimt’s 1901 painting of Lake Attersee. Although several commentators are of the opinion that this lake painting is almost even abstract, it was precisely such radical reduction that enabled Klimt to put to canvas the actual mood evoked by the lake.

With short, intense brushstrokes in luminous “Attersee colours”, he creates a soft current which draws one’s gaze to the island in the upper-right corner. This island, which was even found to contain a Roman stone artefact when a new tower was constructed there in 1916, is returned by Klimt back to nature—the painter removes everything manmade from its image. Even the palace Schloss Litzlberg, which is there in reality, is omitted from this painting, as is its dock. The lake is thus rendered as an area of pristine nature which seems to flow out of the painting into infinity.
Like nearly all of his landscape paintings, Gustav Klimt’s Attersee was done during one of the artists’ long summer vacations at the Attersee together with the Flöge family. During his holiday stays there, Klimt frequently worked outdoors in nature and used sketchbooks which, save for a few exceptions, have unfortunately since been lost.