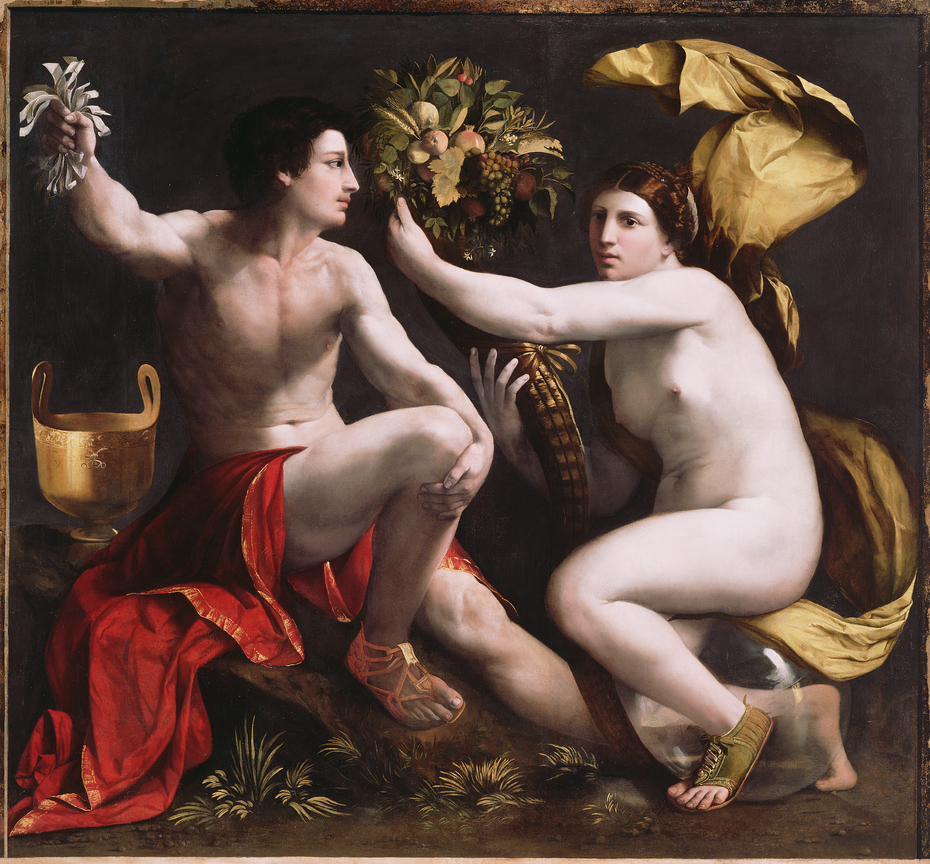 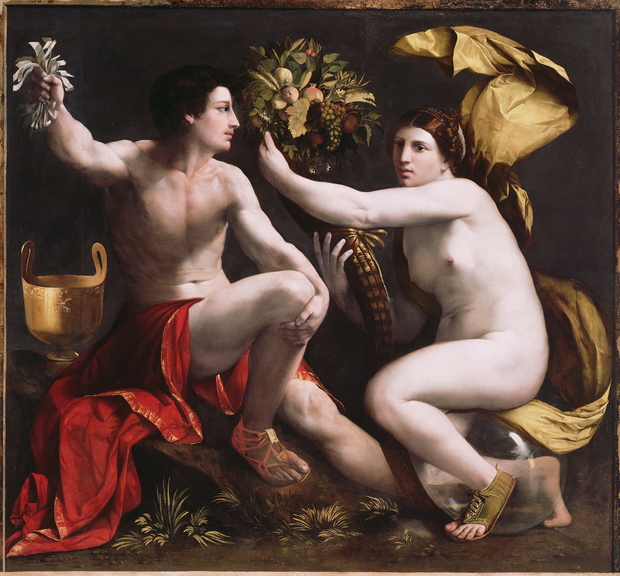 An Allegory of Fortune

1535
Found at a flea market and purchased for a modest sum by an anonymous buyer, the unwrapped, seven-foot Allegory of Fortune was strapped to the roof of a car and brought to Christie's auction house in New York City. There experts recognized it as an important, long-lost allegorical scene by the Ferrarese master Dosso Dossi.

While the painting's precise meaning remains a mystery, Dosso's message seems to be that prosperity in life is transitory and dependent on luck. The nude woman represents Fortune, or Lady Luck. She holds a cornucopia, flaunting the bounty that she could bring, but sits on a bubble because her favors are often fleeting. The billowing drapery is a reminder that she is changeable like the wind. Her single shoe symbolizes her ability to bring not only fortune but also misfortune.

The man on the left personifies chance. He looks over at Fortune and holds up a stack of lottery tickets, which he is about to place inside a golden urn, a timely reference to the civic lotteries that had just become popular in Italy. The tickets may also refer to the painting's probable patron, Isabella d'Este, Marchioness of Mantua. One of her emblems was a bundle of lots, denoting her personal experience with fluctuating fortune.

License:
Courtesy of The Getty
For more:
http://www.getty.edu/art/collection/objects/822/dosso-dossi…