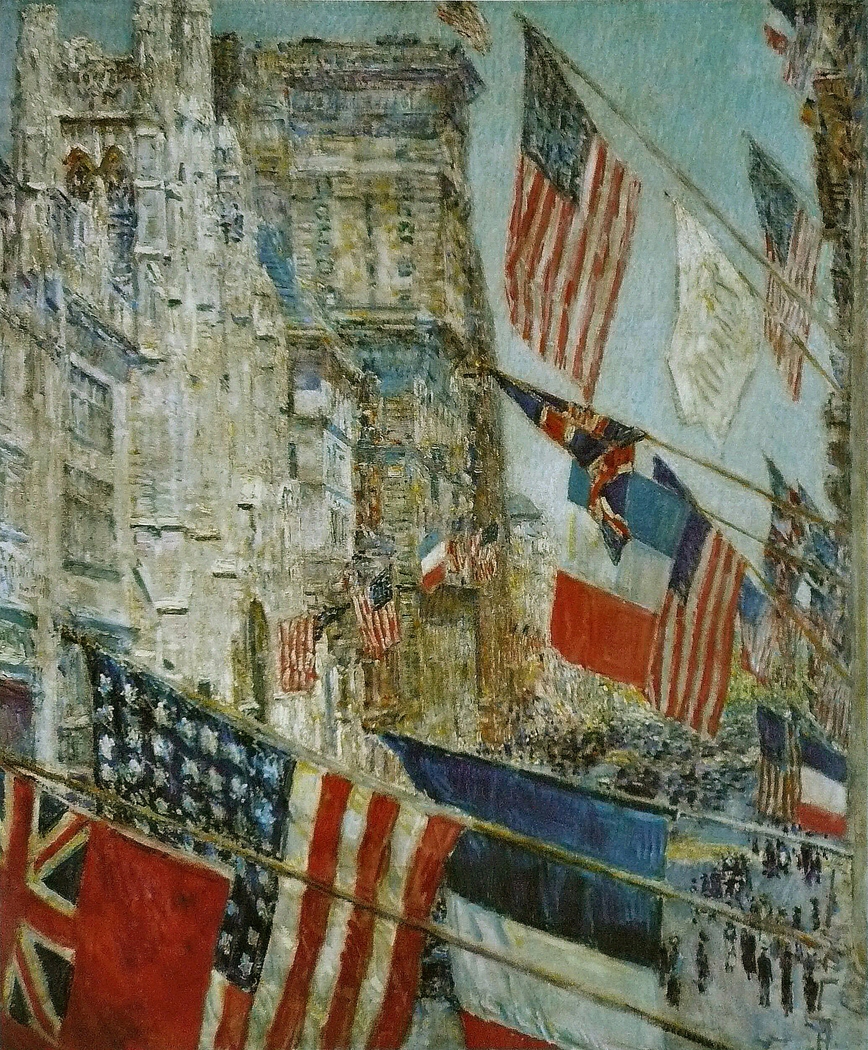 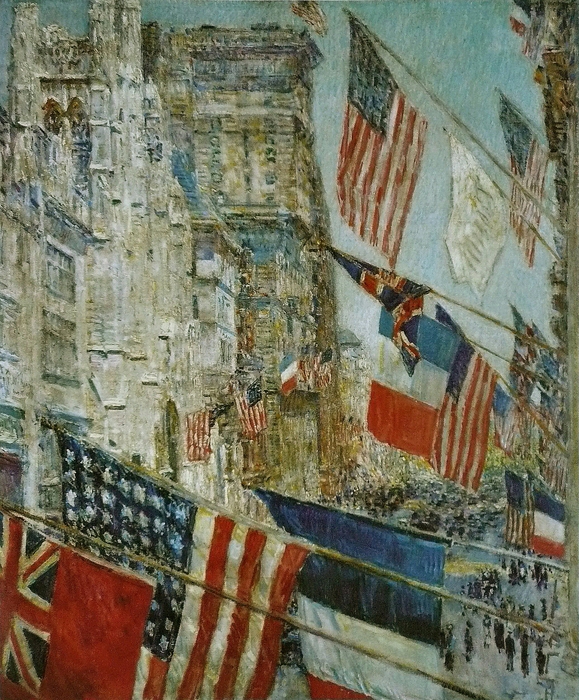 1917
Gift of Ethelyn McKinney in memory of her brother, Glenn Ford McKinney

A patriotic whirlwind overtook mid–town Manhattan as America entered the First World War in the spring of 1917. On Fifth Avenue, the British Union Jack, the French Tricolor, and Stars and Stripes were displayed prominently during parades honoring America's allies. The colorful pageantry inspired Childe Hassam, who dedicated this picture "to the coming together of [our] three peoples in the fight for democracy." Hassam's flag paintings were first shown as a group in New York's Durand–Ruel Gallery in November 1918, just four days after the armistice was declared. Thus, the works, originally created to herald America's entry into the war, also served to commemorate its victorious resolution.

Hassam had studied in Paris from 1886–1889 and was strongly influenced by the impressionists. In many respects, Allies Day resembles the vibrant boulevard paintings of Monet and Pissarro. Like these contemporary French artists, Haassam selected a high vantage point overlooking a crowded urban thoroughfare to achieve an illusion of dramatic spatial recession. But, rather than using daubs of shimmering pigment to dissolve form, he applied fluid parallel paint strokes to create an architectonic patterning. Although he shared the impressionists' interest in bright colors, broken brushwork, and modern themes, Hassam's overall approach was less theoretical and his pictorial forms remained far more substantial than those of his European contemporaries.